Strictly's Jamie Laing made £2million in ONE year with sweets brand 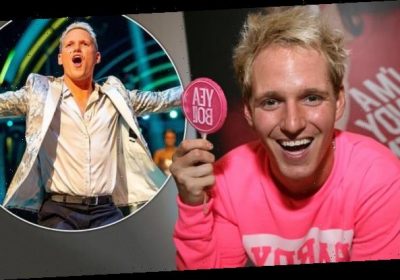 He recently placed as a runner-up in the Strictly Come Dancing final alongside his professional dance partner Karen Hauer.

And Jamie Laing has also seen success in his business, as it is revealed that he raked in a staggering £2million in just one year through his sweets brand Candy Kittens.

The Made In Chelsea star’s confectionary company’s accounts revealed that the business saw an equity increase of around £2million in 2019, The Sun reported. 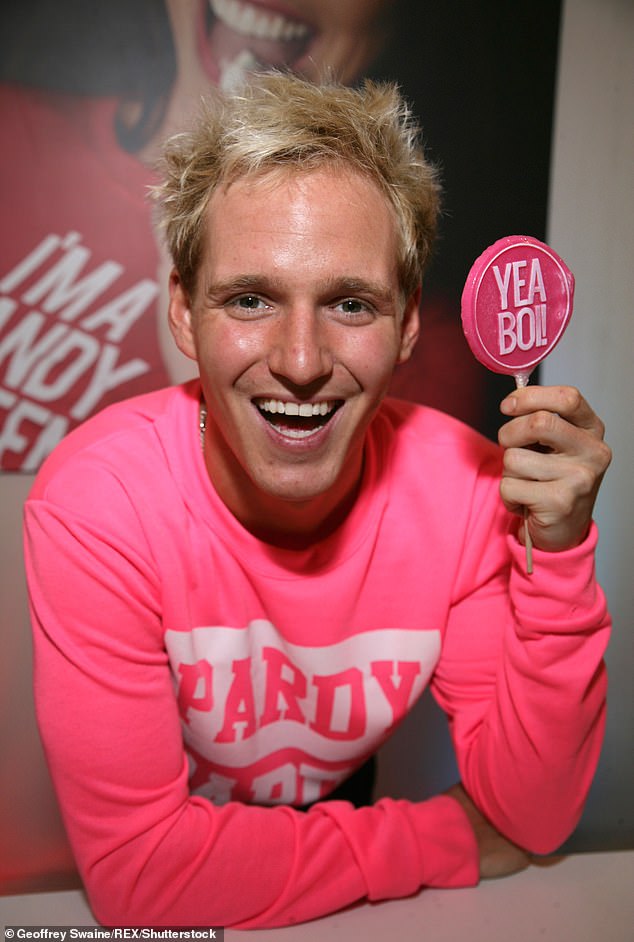 Cash: It has been revealed that Jamie Laing raked in a staggering £2million in just one year through his sweets brand Candy Kittens

Jamie, 32, founded the increasingly successful gourmet sweet brand, which has since become vegetarian and vegan friendly, in 2012 with his pal Ed Williams.

The tasty sweets, which are developed in London, had animal gelatine removed from them in 2018 and aim to be sustainable, not using either palm oil or carnauba wax.

And accounts for the brand’s sister company Longaim Ltd, which shares the same five directors as Candy Kittens, showed it had a total equity of £1,875,522 for 2019. 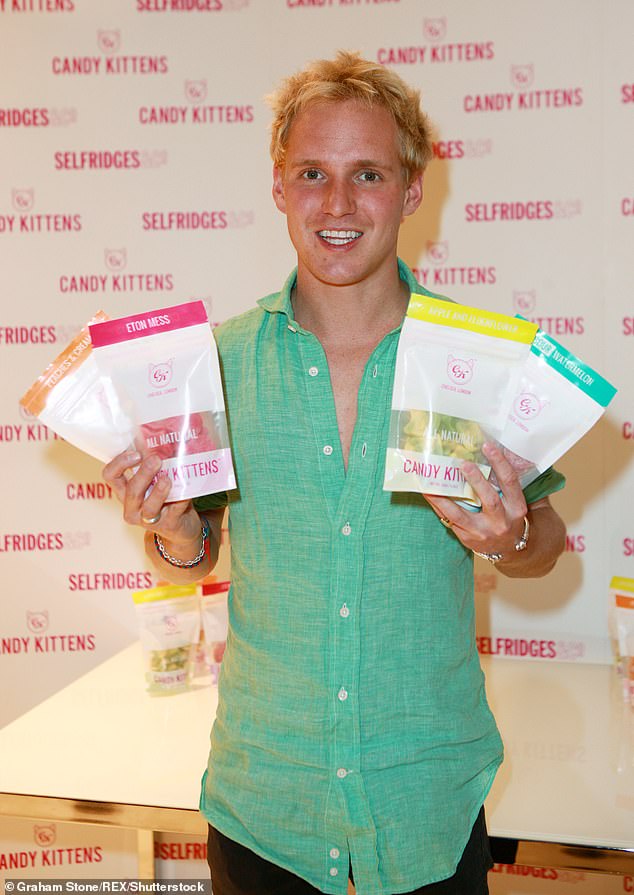 Longaim Ltd is responsible for the confectionary brand’s retail sales, both via the internet and mail order.

These figures, which were also published on New Year’s Eve, brings the overall equity for both of Jamie’s companies up to an impressive £5million.

As well as Candy Kittens’ success, the star has also achieved a personal triumph this year after reaching the final of Strictly Come Dancing last month.

He narrowly missed out on Strictly victory as comedian Bill Bailey claimed the Glitterball trophy and was crowned as the oldest winner in the show’s history.

Despite placing in the dreaded dance-off four times, the reality TV star made it into the much-anticipated final alongside Venezuelan professional dancer Karen, 38. 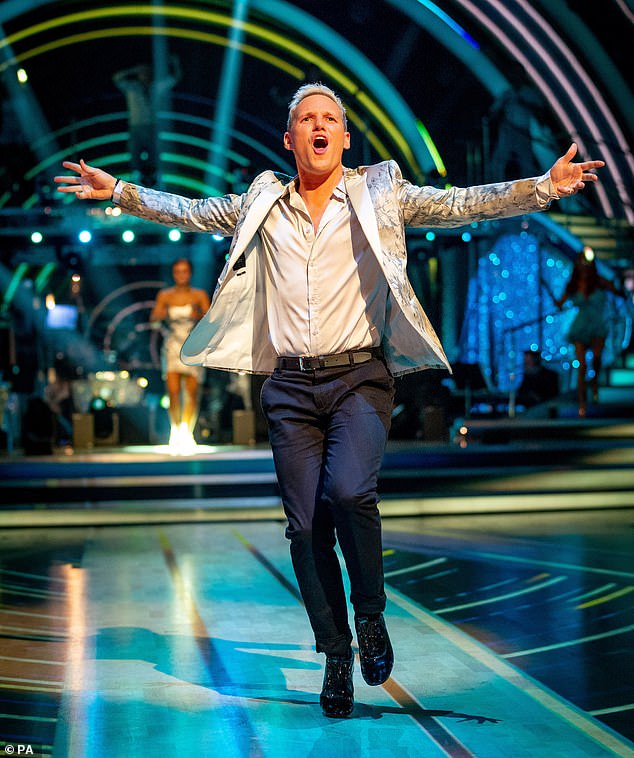 Impressive! Accounts for the brand’s sister company Longaim Ltd showed it had a huge equity of £1,875,522 for 2019, bringing the total equity for both companies up to £5million

Jamie recently admitted it was ‘incredible’ to be given a second chance on Strictly, after injuring himself before the 2019 series properly got underway.

Joking about his four dance-offs on BBC Breakfast last month, he said: ‘I hurt my foot last year, and then doing it this year was incredible. But I also feel good because I did four dance-offs.

‘A full series in normally 14 weeks, so including my dance-offs I did a full series, so I’m incredibly happy, I’m chuffed.

The funnyman went on to playfully quip that he’d even considered injuring himself in December’s final in a desperate bid to return to the dance contest in 2021.

Jamie joked: ‘I was thinking in the last thing, If I injure myself in the final, does that mean I get to come back next year? If I just undo this harness right now and see if I fall… 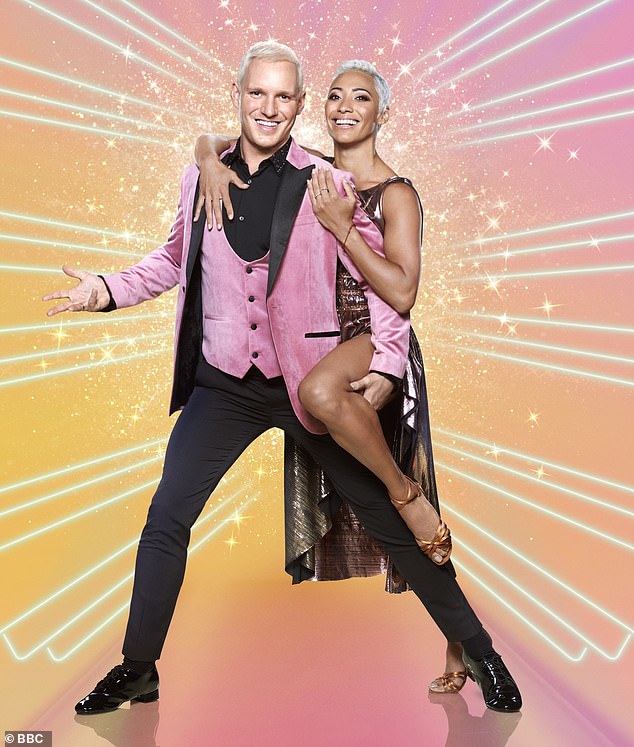 Triumph: As well as Candy Kittens’ success, Jamie, 32, has seen achieved a personal triumph this year after reaching the final of Strictly Come Dancing last month with Karen Hauer

‘Doing it one years, doing it two years… It is incredible. It’s a really great show. And Bill Bailey. Bill Bailey won Strictly Come Dancing – how amazing is that?’

The media personality has since come under fire for allegedly flouting Tier 4 rules after seeming to travel to his mother’s home in the Cotswolds for Christmas.

He was said to have made his way to his mother Penny Baines’ Cirencester farm on December 22, despite saying one day before that he would be ‘stuck in London’ amid the Covid-19 pandemic.

Millions saw their Christmas plans cancelled due to the Tier 4 rules, which first came into force in London and the south east on December 20.

The strict safety measures banned households mixing, travel outside of the area as well as overnight stays. 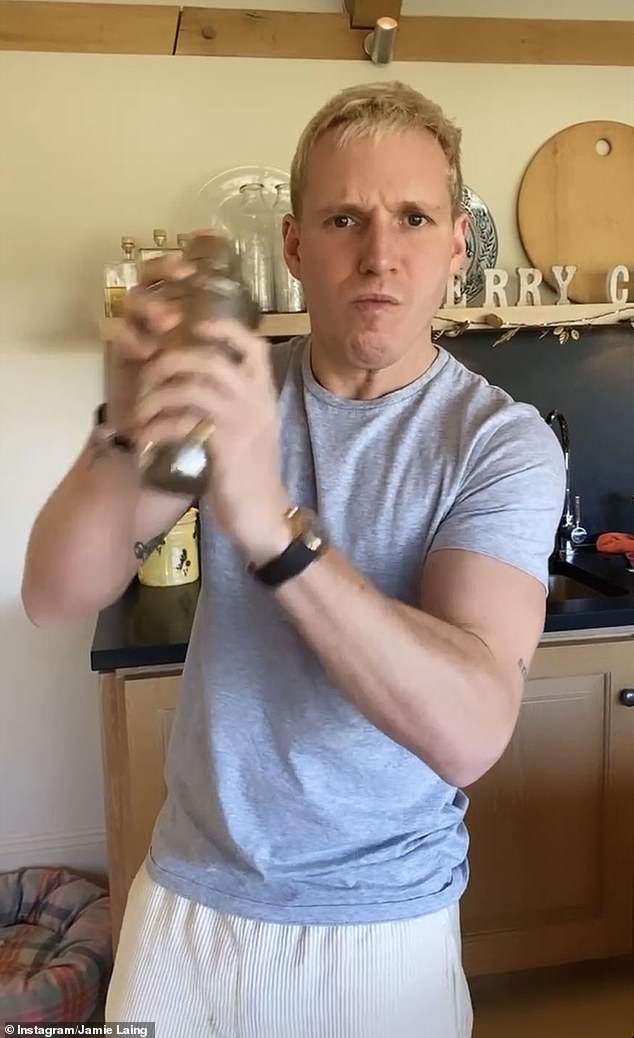 Fury: The Made In Chelsea star has come under fire for allegedly flouting Tier 4 rules after allegedly travelling to his mother’s home in the Cotswolds for Christmas

Jamie’s apparent flouting of lockdown was revealed when he posted a video of himself mixing a cocktail in a kitchen with wood beams on Christmas Day.

Moments later, his sister posted a photo showing herself looking out over a farm, with the beams and lights seen in the snap matching Jamie’s clip, proving they were in the same room.

Jamie is said to have returned to London on December 27, as he posted a clip of himself with girlfriend Sophie Habboo, where they wished fans a Merry Christmas.

The star then reiterated his claim that he and Sophie had spent Christmas in London ‘bored’ during an live workout on Instagram on Monday.

A spokesman for Jamie declined to comment when previously approached by MailOnline. 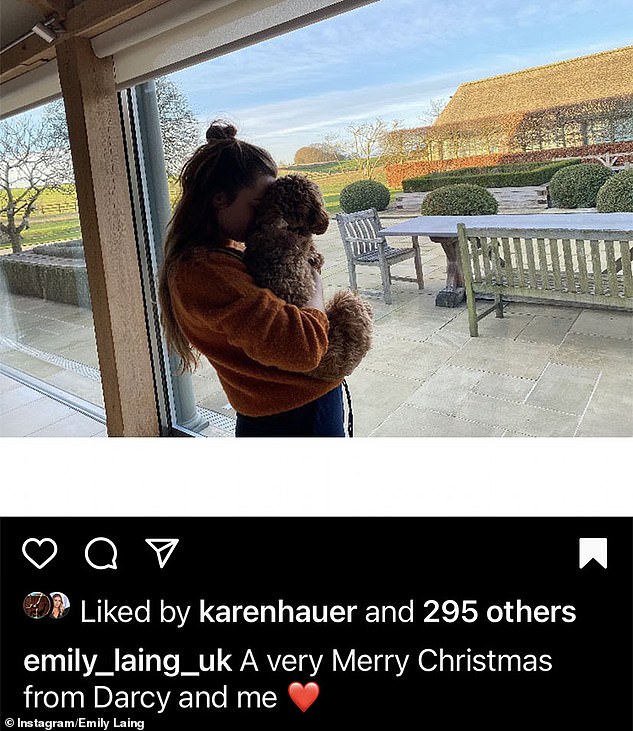 Oh dear: His sister posted a photo showing herself looking out over a farm, with the beams and lights seen in the snap matching Jamie’s clip, proving they were in the same room

Jamie’s Tier 4 flouting came days after he insisted that he had not yet told his mother that he wouldn’t be coming home for Christmas due to the top level restrictions.

Appearing on BBC Breakfast from his flat in Chelsea, he admitted ‘I’m stuck like everyone else’ as he confirmed he would no longer be spending the festive break at his parent’s lavish Cotswolds home.

Jamie explained: ‘I’m stuck like everyone else. I was planning on going to my mum’s and I was gonna spend Christmas with the family, but I don’t think that’s going to happen now, unfortunately.

‘But it’s happening for a lot of people. It’s just one of those years. We’ve been topped off with this tier 4 situation and we have to just kind of go with it I suppose. 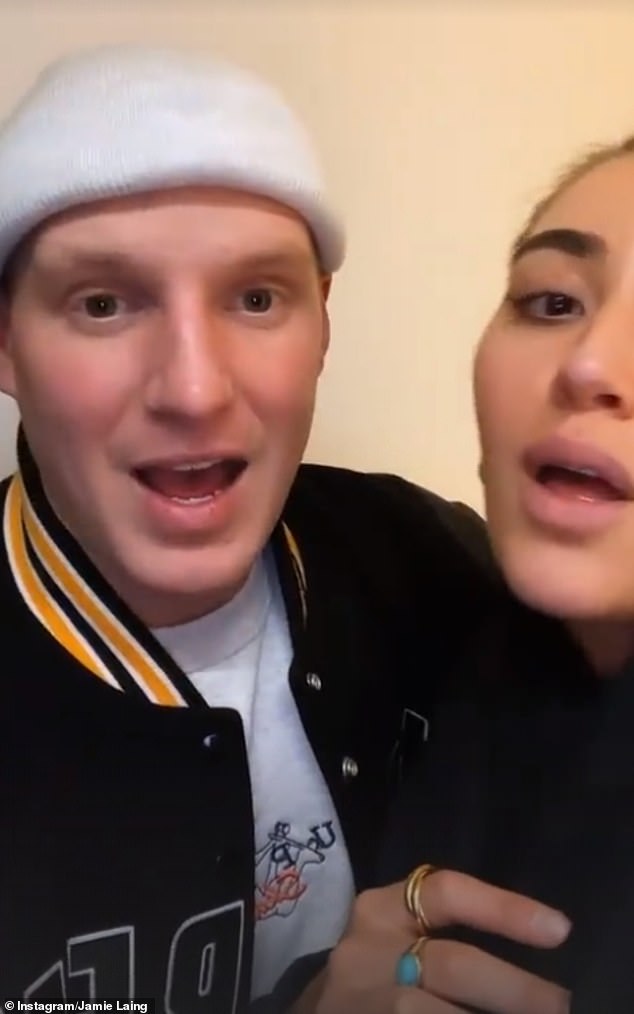 Flouting? Jamie is said to have returned to London on December 27, as he posted a clip of himself with girlfriend Sophie Habboo, where they wished fans a Merry Christmas

‘It’s really upsetting. Everyone wants to see their families. It’s Christmas time. It’s a time to be together. I’m here in the flat in London and that’s what it looks like what it’s going to be like at the moment.’

The MIC star – who lives with girlfriend Sophie Habboo – admitted he hadn’t told his mother that he wouldn’t be coming home for Christmas, but insisted: ‘I think she understands.

‘We were meant to be having different families coming over but it’s just too hard. It’s too complicated. It’s too concerning to risk anything. It’s just staying in London.’

Since the start of the New Year, the restrictions have been extended to the nation as the UK was plunged into a third lockdown, with people being urged to ‘stay home’ to control the virus. 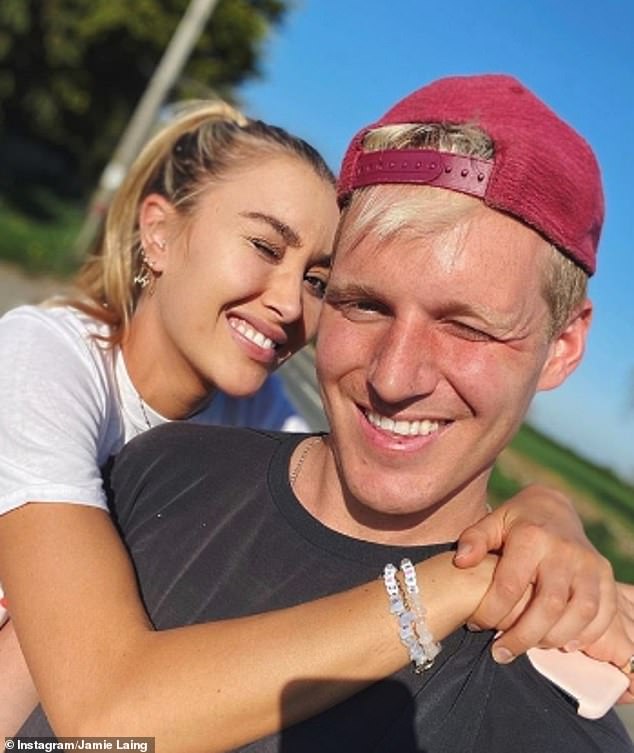 Mixed messages: His apparent flouting came days after Jamie, who lives with girlfriend Sophie Habboo, said he hadn’t told his mother that he wasn’t be coming home for Christmas