Home » Celebrities » TALK OF THE TOWN: Did Meghan leave Harry to face the music alone? TALK OF THE TOWN: Did Meghan Markle leave Prince Harry to face the world’s cameras alone for his ‘farewell’ speech at the last minute?

Their friends and supporters are always keen to stress that Harry and Meghan work in harmony as a close and loving team.

But I’m hearing whispers that rather than stand shoulder to shoulder with her beleaguered husband at his ‘farewell’ speech, the Duchess of Sussex left him at the last minute to face the world’s cameras alone.

I’m told that when Harry spoke at a Sentebale charity dinner just hours after details of the Megxit agreement were released, Meghan was expected to be with him. 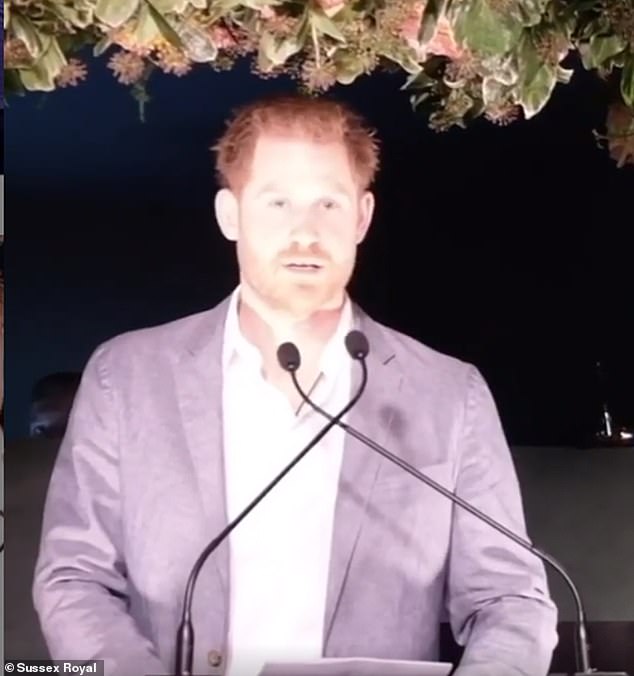 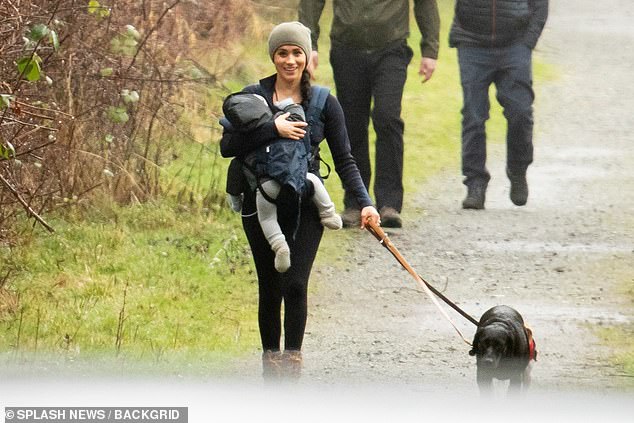 Insiders assumed that Megan, pictured in Canada, was going to fly back to the UK for the event

Tickets were so popular that they oversold and, perhaps hoping that they were going to get a ‘double Sussex’ appearance, the organisers knocked down a fountain in the middle of the venue, Richard Caring’s Ivy Chelsea Garden restaurant, to make room for more tables.

And not only was Meghan expected to have been in London to attend, it was anticipated that she might also give a speech.

My source says that organisers had signed non-disclosure agreements, or NDAs, to prevent details of the event leaking out, suggesting that it was to be very special night indeed.

‘It was this big, crazy NDA’d thing, that’s how we knew Meghan was involved from the off,’ the source says. ‘It was always billed as a Meghan and Harry event behind the scenes – with hopes the Duchess might speak or play a part in the speech. All of a sudden we were told Meghan wasn’t going to be making an appearance after all, let alone making the speech.’

I wonder whether Meghan may have played a part in the speech that Harry gave at the event, which raised money for Richard and Patricia Caring’s new charity the Caring Foundation – and whose first recipient was Sentebale.

The speech itself was seen in parts as highly controversial for revealing details of the private talks that took place during the ‘Sandringham summit’, with Harry telling his audience that he had hoped to be allowed to keep doing Royal duties while relinquishing public funding.

Another source points to defensive references about how Harry alone had made the decision to leave the Royal Family, and his insistence that ‘the woman that I chose as my wife upholds the same values as I do…’

The insider says: ‘It seems likely Meghan would have written part of that speech or at least vetted it first.’