Tamzin Outhwaite, 49, reveals three-year relationship with boyfriend Tom Child, 29, was originally ‘meant to just be a fling’ as she discusses their happy romance

It was an unassuming start, after they met for the first time in a yoga class three years ago.

But now 50-year-old Tamzin Outhwaite has said she has found true happiness living alongside her 29-year-old beau Tom Child.

She was previously in a relationship with Miranda actor Tom Ellis, 41, with whom she had daughters Flo, 12, and Marnie, eight. 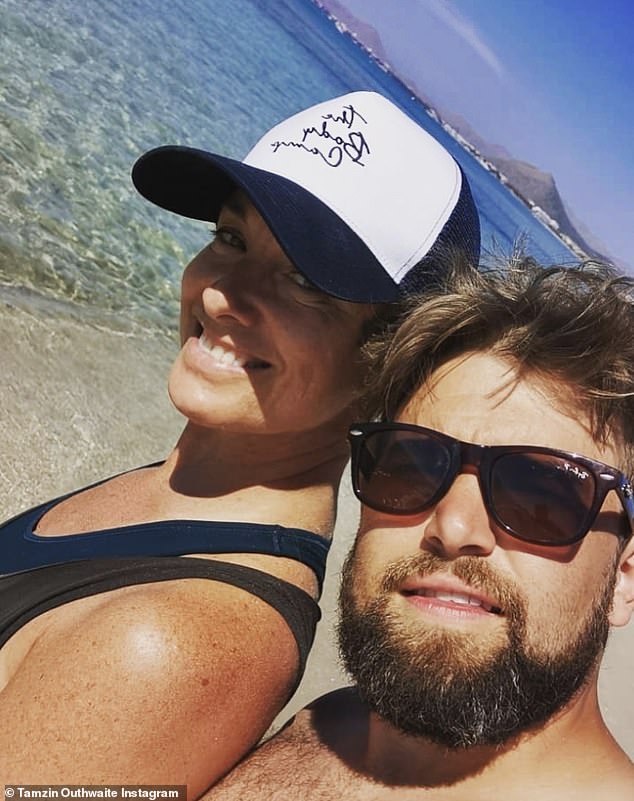 In love: 50-year-old Tamzin Outhwaite has said she has found true happiness with her 29-year-old beau Tom Child

Speaking to the Mirror, the former Eastenders actress said of her current relationship: ‘It was meant to just be a fling. Then it went from being a fling to, “I don’t want to be away from you”.

‘For one of the first times in my life I’m living in the moment and not worrying about what’s going to happen, which is lovely.’

Tamzin went on: ‘I’ve been married before and I’ve got my children, who come first, and he knows that. 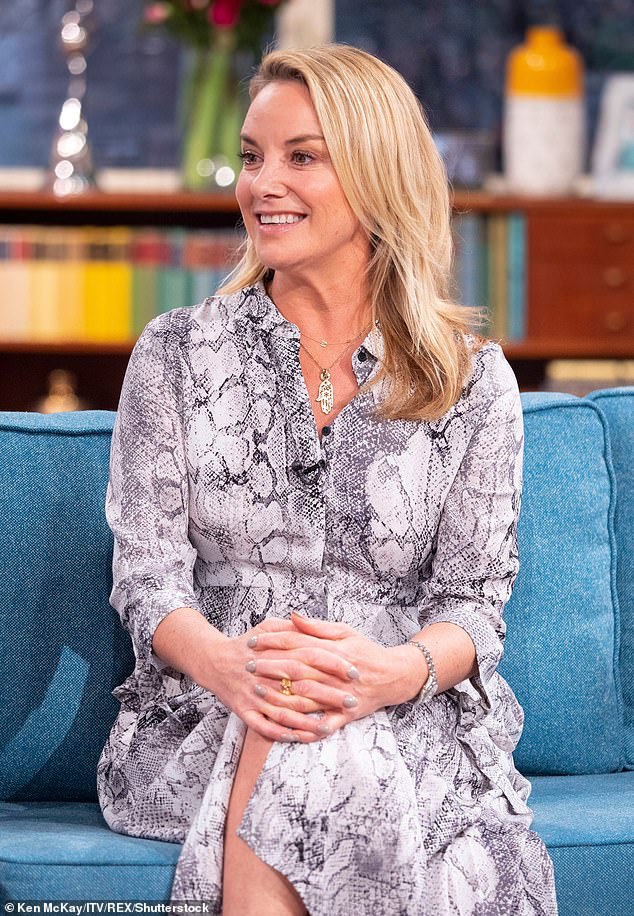 Content: Tamzin says she is enjoying ‘living in the moment’ with Tom (pictured 2019) 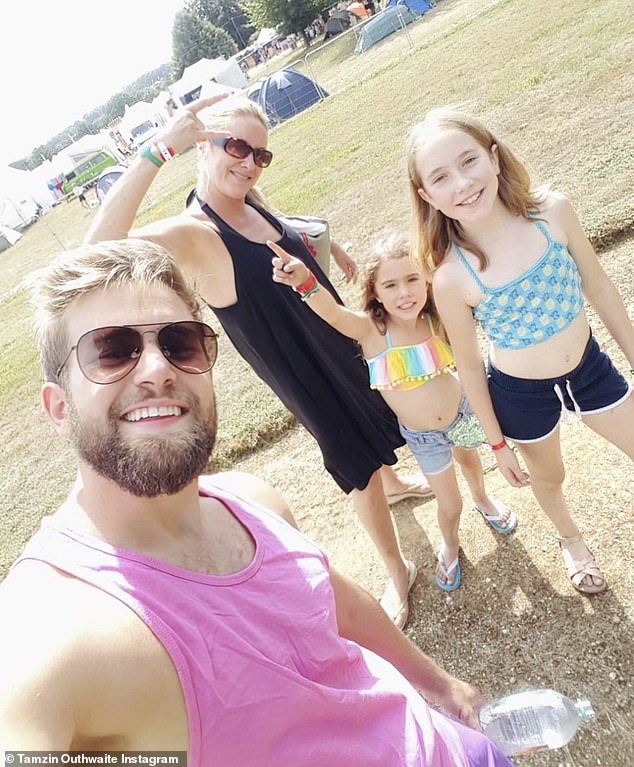 Happy family: Tamzin has previously gushed over how great Tom is with her kids Flo, 12, and Marnie, eight

Tom is a cameraman by trade, recently filming and directing his partner in a YouTube series about six menopausal ­women called Dun Breedin’.

Earlier in the year, Tamzin insisted in an interview with Prima magazine that she is ‘not having a midlife crisis’ by dating Child.

She said her relationship with Tom is both ‘unexpected and magic’. 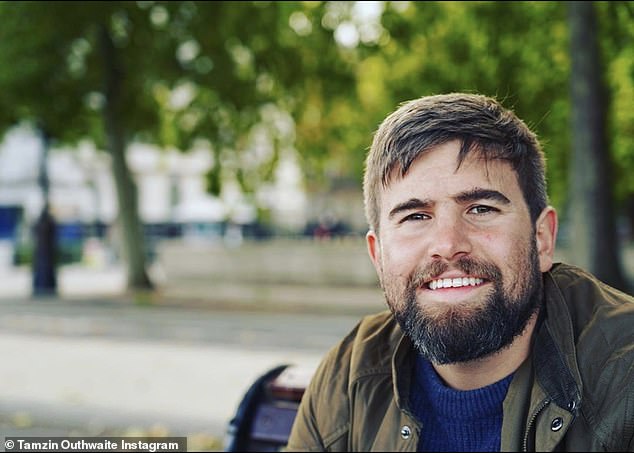 Her rock: Tamzin said in a previous interview that Tom is good for her mental and physical health

‘Tom’s very good for my mental and physical health. The other way around, no one says anything about a younger woman do they?’

It has been claimed that ex Tom Ellis cheated on her with Australian actress, Emilie de Ravin, in 2013 as they filmed for the TV series Once Upon A Time while in America.

But since their split, the Tamzin says she has stopped ‘giving two hoots’ about what other people think of her, describing it as ‘a lovely feeling’.

Tamzin found fame in 1998 when she was cast as Mel Healy in EastEnders.

The Ilford-born actress was supposed to be starring in a London production of Anton Chekhov’s The Seagull when lockdown was announced back in March. It is not known if the play will resume.

Tamzin is set to start filming on a an as yet unannounced BBC1 series in the coming weeks. 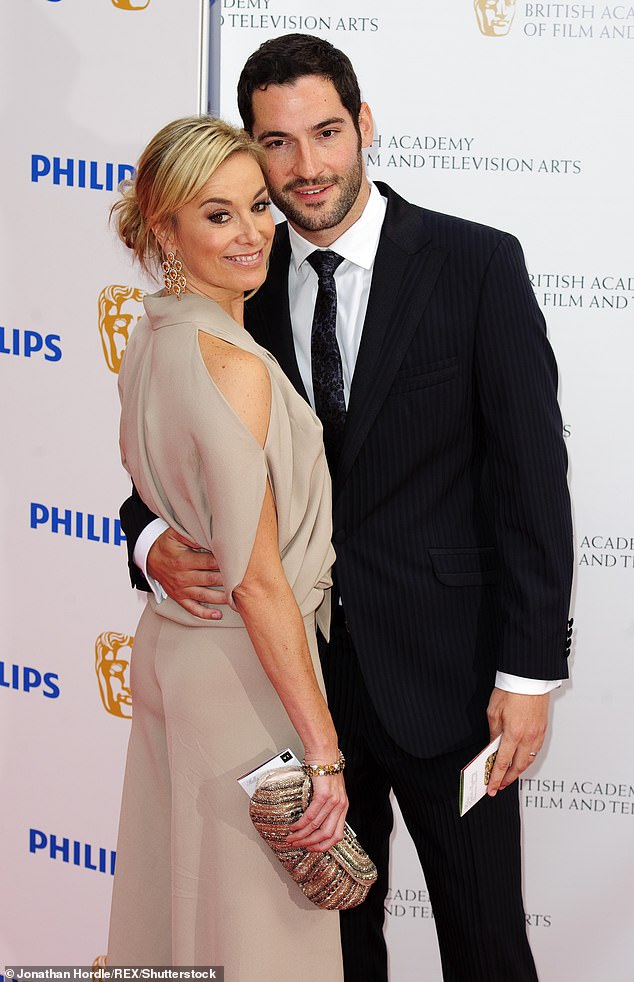