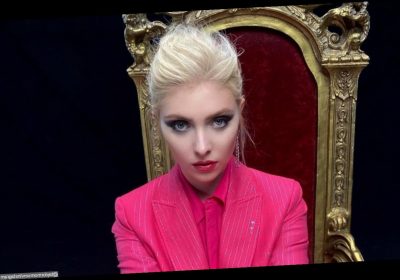 The Pretty Reckless lead vocalist opens up about her struggles with depression in 2017 as she hit rock bottom after her friend and mentor passed away in tragic deaths.

AceShowbiz -Actress-turned-rocker Taylor Momsen fell into a black hole of depression and substance abuse after a pair of shattering deaths in 2017.

The Pretty Reckless singer was just coming to terms with the suicide of her friend and mentor Chris Cornell when producer pal Kato Khandwala died in a motorcycle accident, and the blonde beauty admitted she hit rock bottom afterwards.

She told Classic Rock magazine, “I was done. I fell into such a hole of darkness, depression and substance abuse. Essentially I gave up on life.”

Eventually, Taylor channelled her feelings into her music and credits the group’s new album, “Death by Rock and Roll”, for helping her to make it through the low point.

She said, “I poured everything I had left into this album. I’d hit the point where it was either death or move forward, and I credit music to moving forward, because it was all I had.”

The record’s artwork features Taylor naked on a moss-covered grave – the perfect image to represent how she felt, she explained, “It’s really about rebirth. The concept was, how do you represent all of this emotion and trauma and loss and everything we’ve gone through in a photograph and at the same time represent hope? And to me it’s rebirth.”