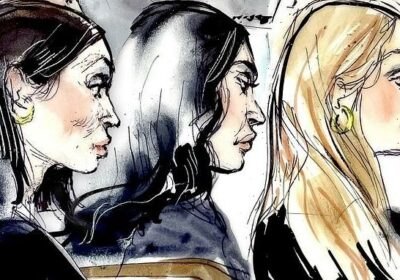 ‘Kim is going to sue the hell out of this sketch artist!’ The Kardashian family’s unflattering court drawings are mocked online… as they battle Blac Chyna in $108million lawsuit

They’ve been doing their best to keep a low profile in Blac Chyna’s $108 million lawsuit against them, with the Kardashian family yet to be pictured in court.

But due to some rather unflattering courtroom sketches, the appearances of Kim Kardashian and her sisters Khloe and Kylie, as well as momager Kris Jenner, have now become a talking point online.

‘The court sketches from the Blac Chyna court case are brutal,’ one fan wrote, as the illustrations set Twitter ablaze on Tuesday.

‘Kim is going to sue the hell out of this court room sketch artist,’ another Twitter user joked, while one person remarked that the artist must ‘hate’ Kylie for her harsh representation in the sketch. 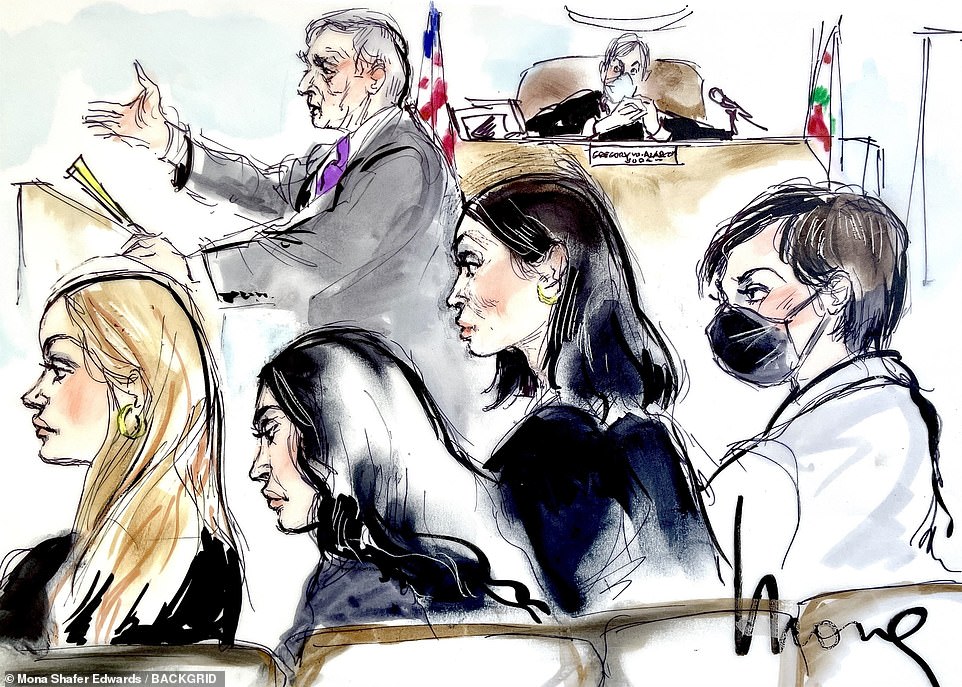 ‘Brutal’: Fans appeared to be amused by the unrecognizable court sketches that depicted (from left to right) Khloe, Kylie, Kim, and Kris

‘The courtroom sketch artist is clearly NOT a Kardashian fan,’ one person added, writing: ‘These ugly depictions of Kim, Khloe, and Kylie are hysterical and speak to how they have deformed themselves in a very unattractive way. Good on Kris though. She looks good!’

Meanwhile, some joked that the courtroom sketch artist ‘must be Team Chyna’ as the reality star fared much better in the illustrations. 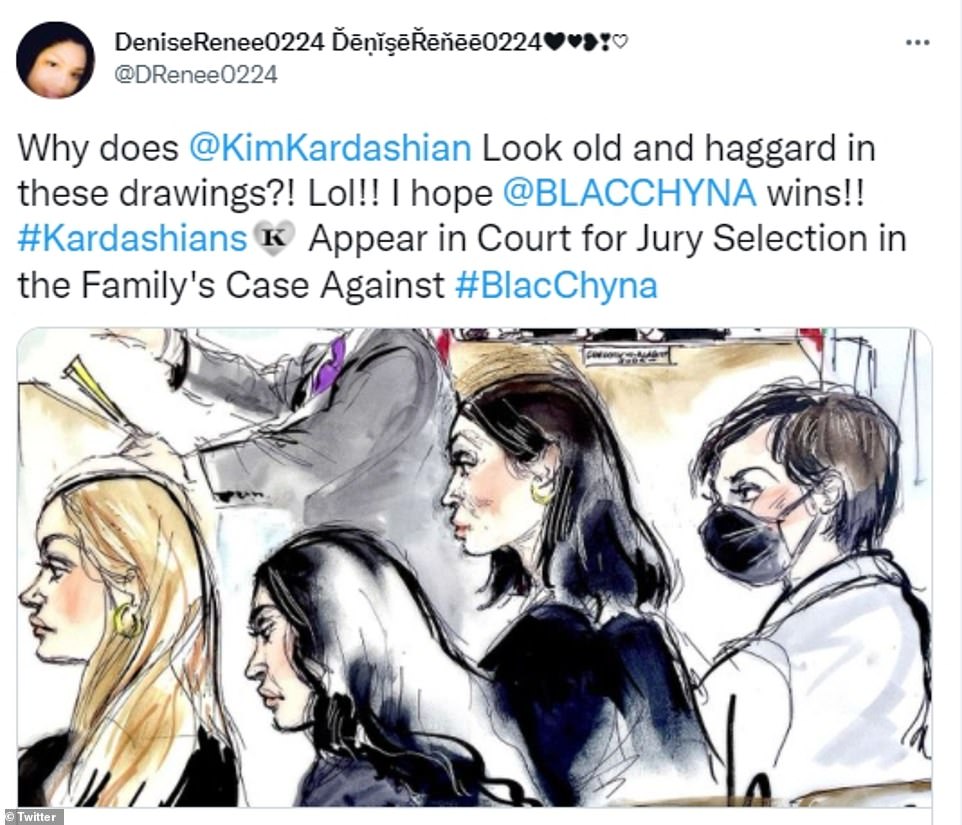 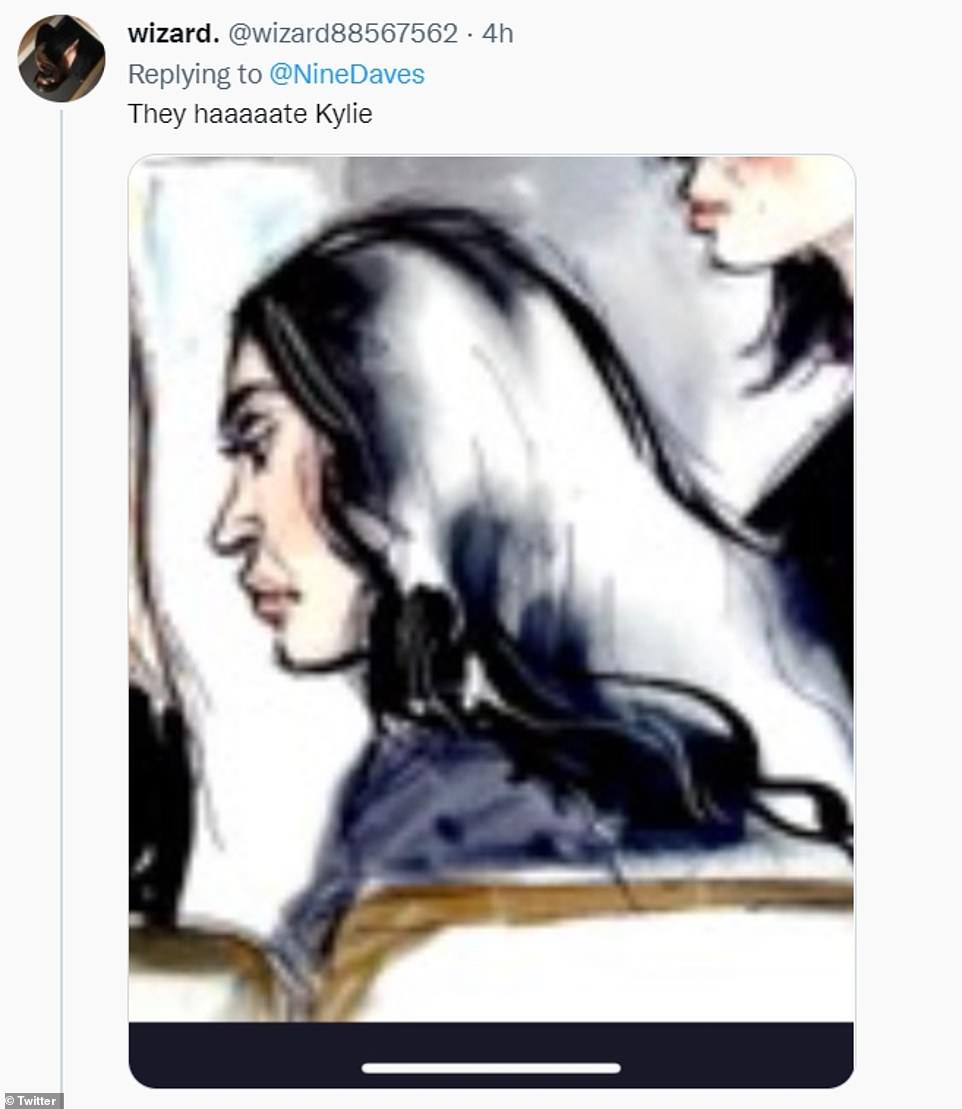 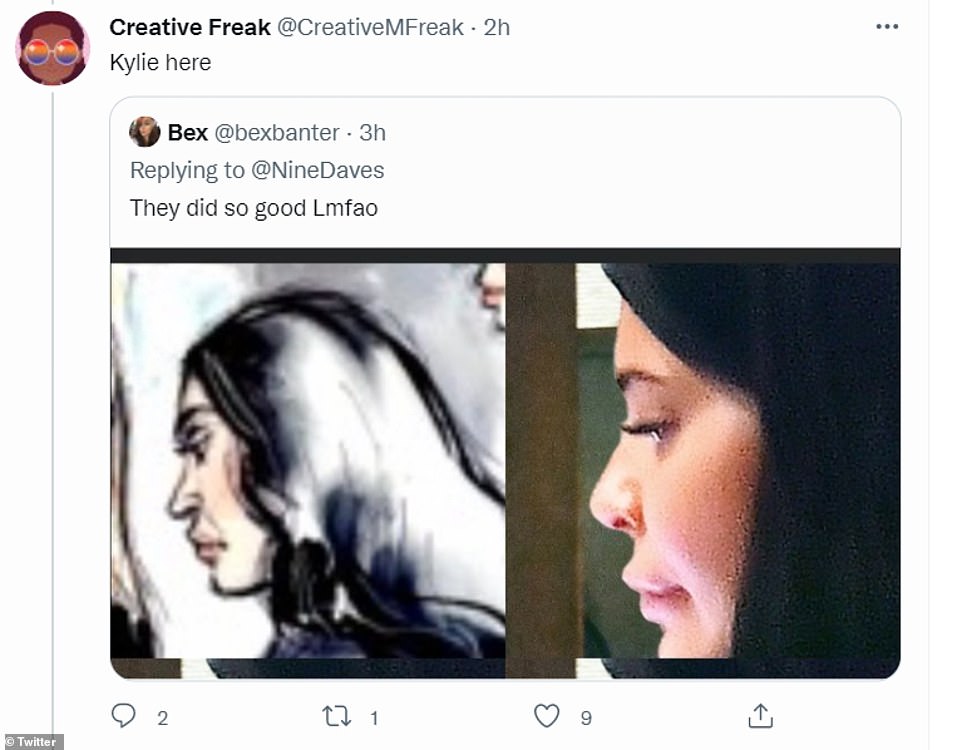 Reaction: Many fans felt the courtroom sketch artist had done the famous family dirty in the drawings that were released this week

Kris, Kylie, Kim and Khoe are named as defendants in the case, charged by Chyna – ex-fiancé of Kim’s brother Rob – with causing her and Rob’s hit show, Rob and Chyna, to be cancelled.

They have not yet been pictured at the Los Angeles court.

Last week, the Kardashian’s attorney, Michael Rhodes, filed a huge list of exhibits – 42 pages long with more than 540 items – he intends to bring to court. 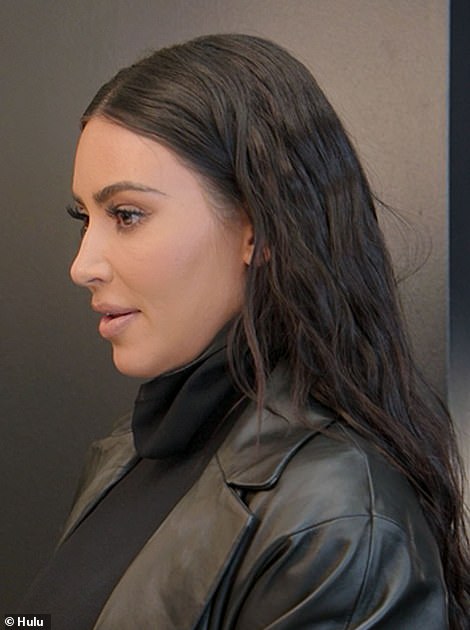 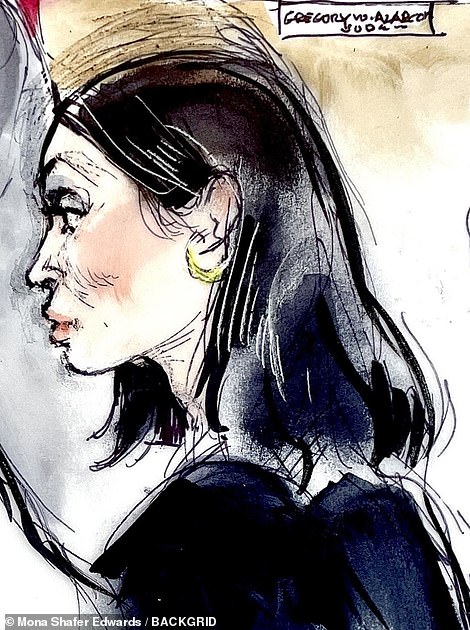 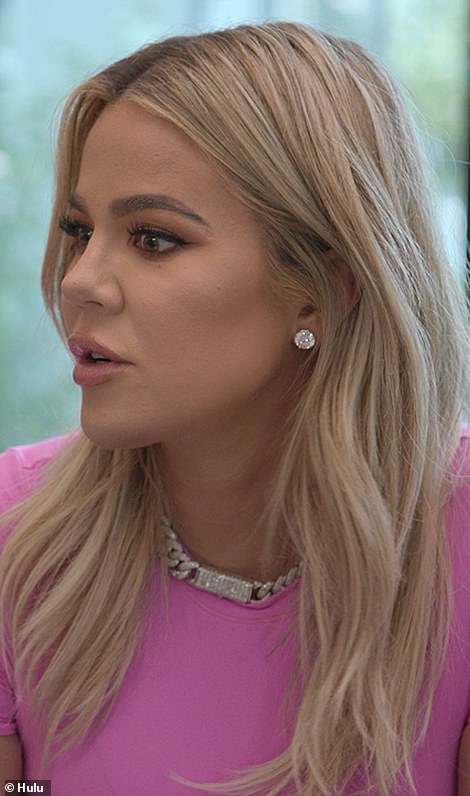 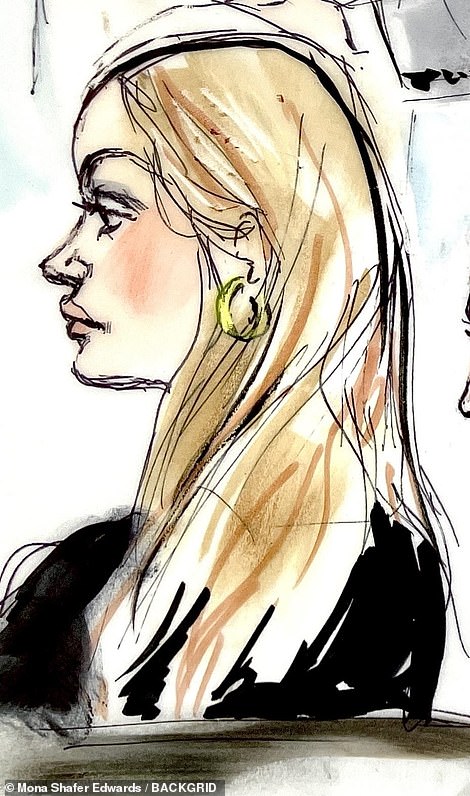 Unrecognizable: Khloe Kardashian is seen on their Hulu reality show (left) and then as she appears in her court sketch (right) 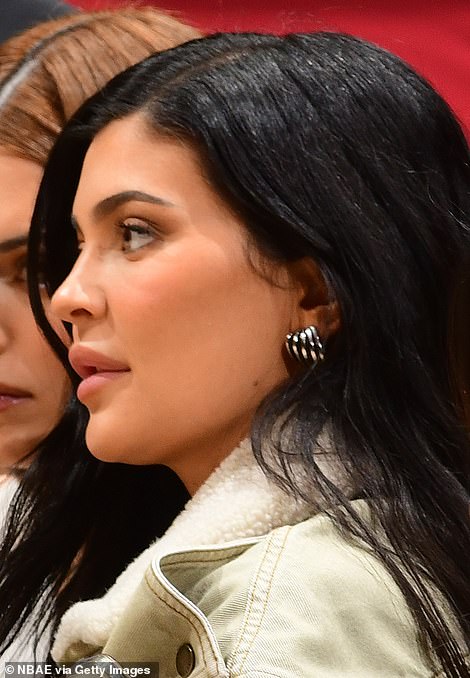 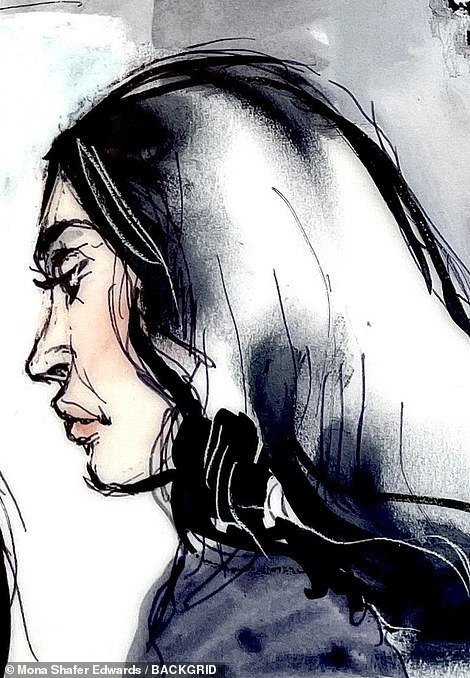 Keeping up with Kylie: The beauty mogul seen pictured above this month (left) and as she appears in the court sketch (right) 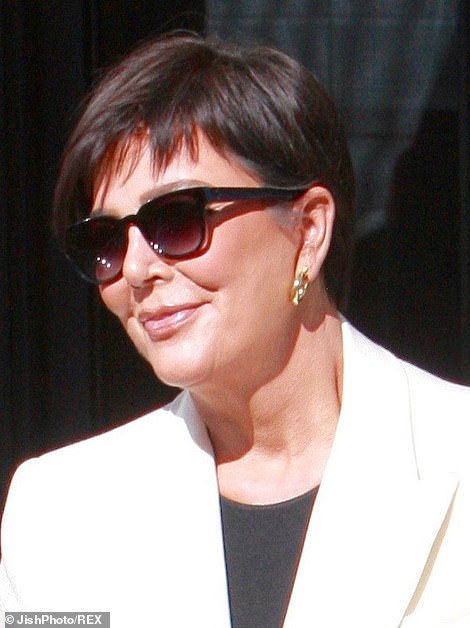 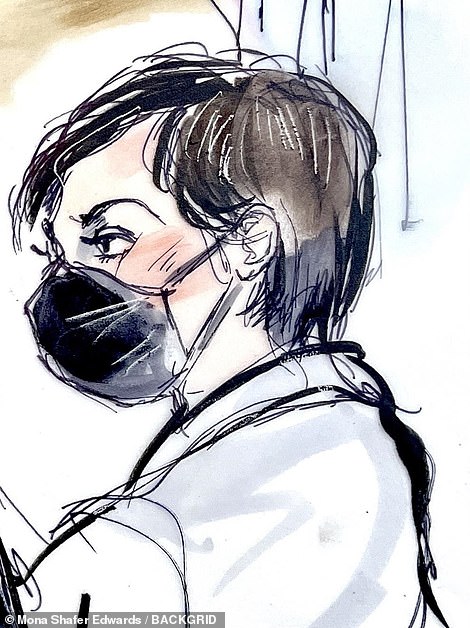 Comparisons: The artist’s impression on the famous family left many fans scratching their heads as to who was who on Tuesday (Kris Jenner is pictured above in her court sketch)

The list includes dozens of aired and unaired video clips from Rob and Chyna, excerpts from Keeping Up with the Kardashians, texts and social media postings between various Kardashian family members and others involved in the case.

It also includes Chyna’s pay stubs, photos of Chyna with Kim and other Kardashians, YouTube videos and news reports.

Chyna claims the $44 million was the amount she could have earned from her TV show, club appearances and the internet over the past five years if Rob and Chyna had not been canceled in 2017. 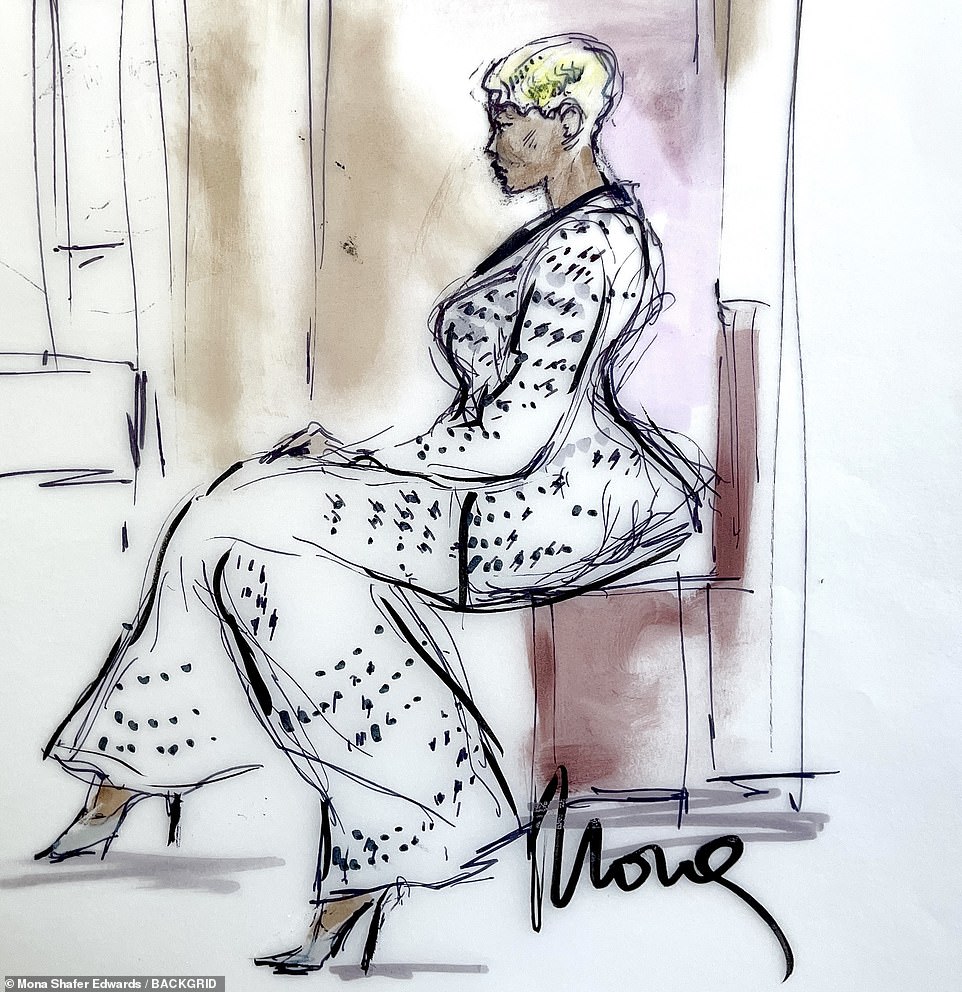 Team Chyna? However, other fans noted that courtroom sketch artist may have been a fan of Blac Chyna, as her illustration was a lot more complimentary 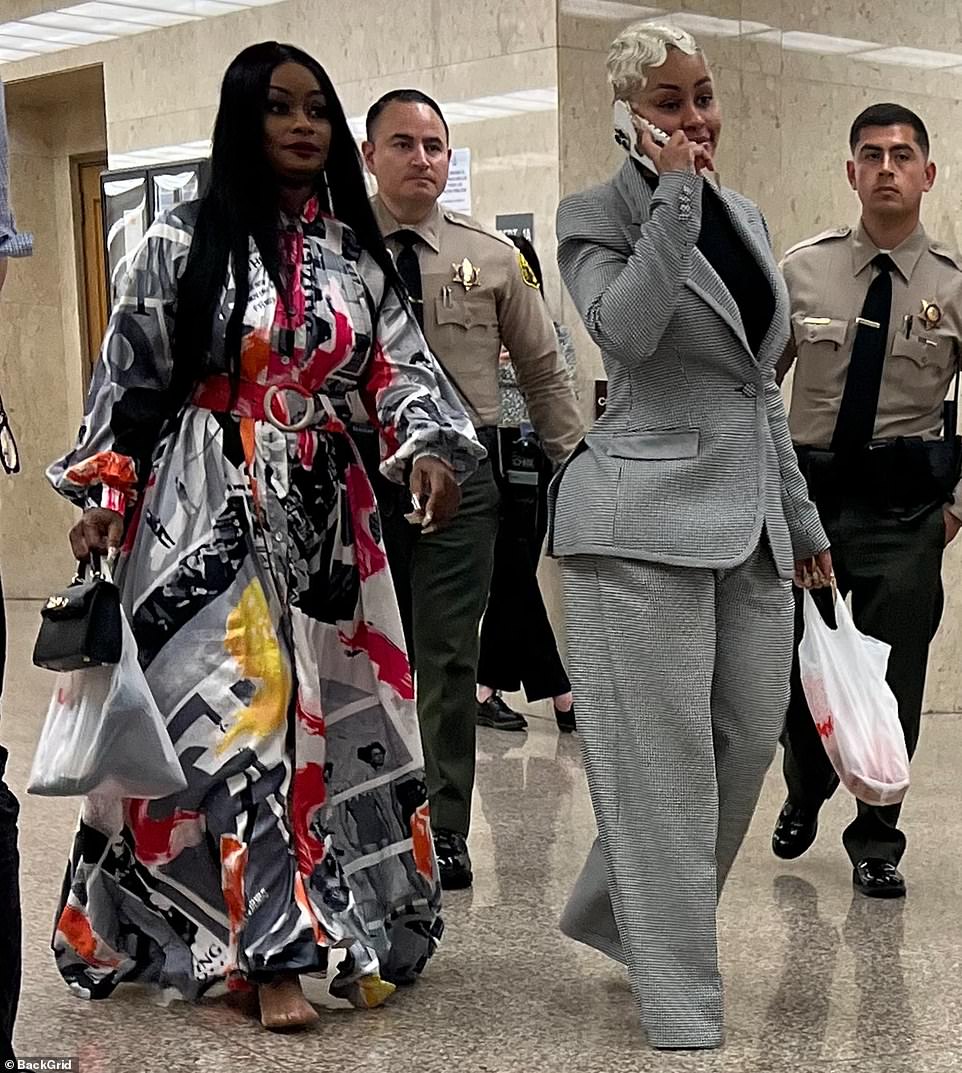 Support: Blac Chyna (right) was joined at the courthouse by her mother Tokyo Toni

And the $64 million is her estimate of what she could have earned in the future, said her attorney, Lynne Ciani, in court papers, had Chyna not been ‘essentially blackballed by Hollywood after they (the Kardashians) defamed her and got her No.1 hit show canceled.’

Rhodes has filed a motion calling for Chyna’s defense team to be banned from mentioning the wealth of the Kardashians during the trial, claiming it could influence the jury. 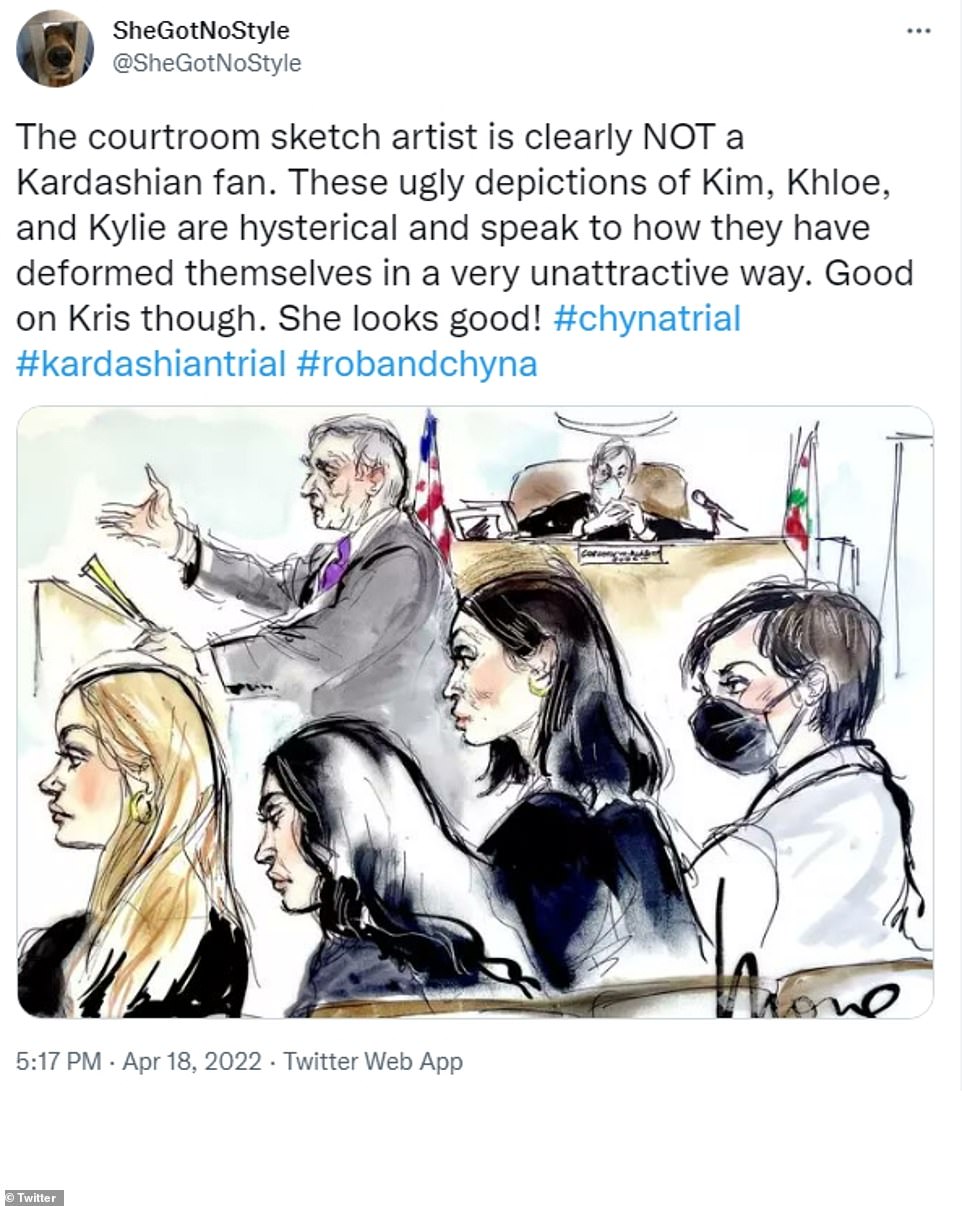 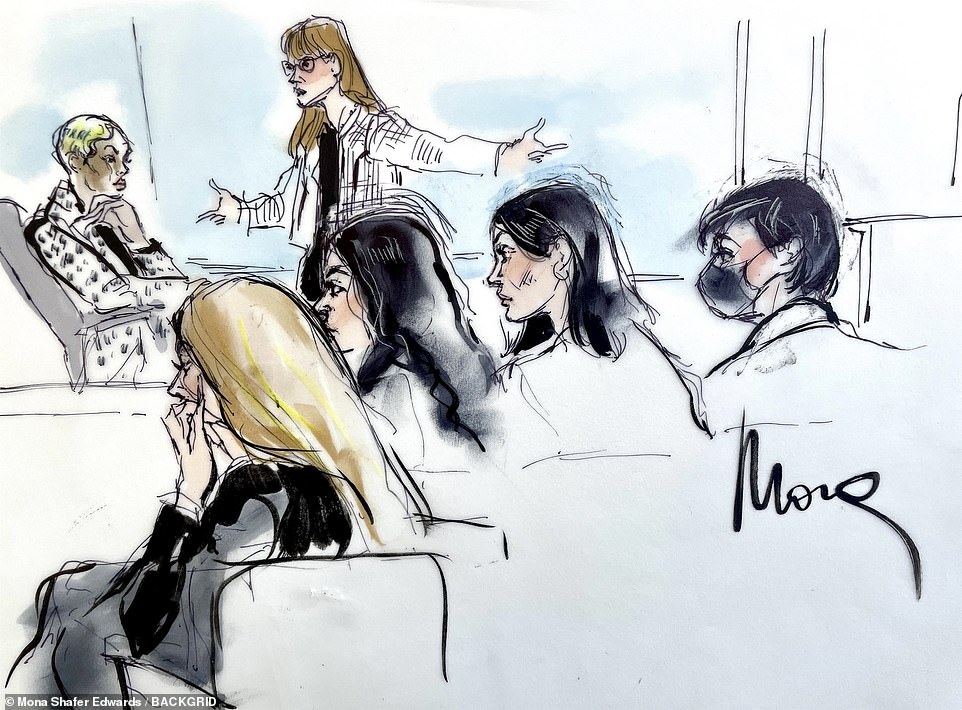 ‘The sole purpose in referencing Defendants’ wealth and financial condition is to inflame and unduly prejudice the jury against defendants,’ he wrote in his motion.

But Chyna’s lawyer, Ciani, has filed an objection to that motion, saying, ‘Defendants routinely flaunt their wealth in their business dealings and on their reality TV show, Keeping Up with the Kardashians.

‘It simply will not be feasible to ‘caution’ witnesses not to refer to the Defendants’ wealth because their wealth permeates their entire essence.’

The Kardashians tried to settle out of court with Chyna last week to avoid going to trial, it was revealed at a pre-trial hearing last Friday. But she turned down their offer. 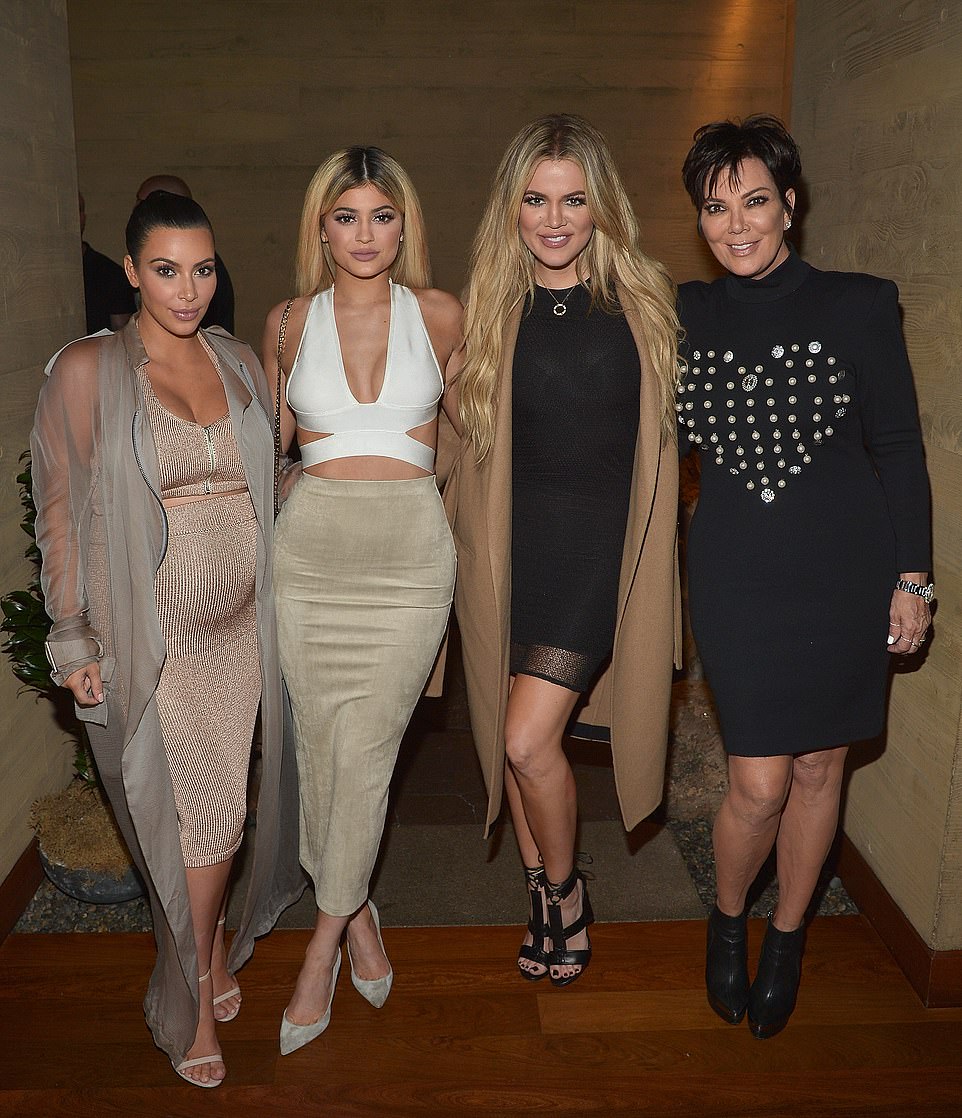 Kim, Kylie Jenner, Khloe and their mother, family matriarch Kris Jenner, are all named as defendants in the case 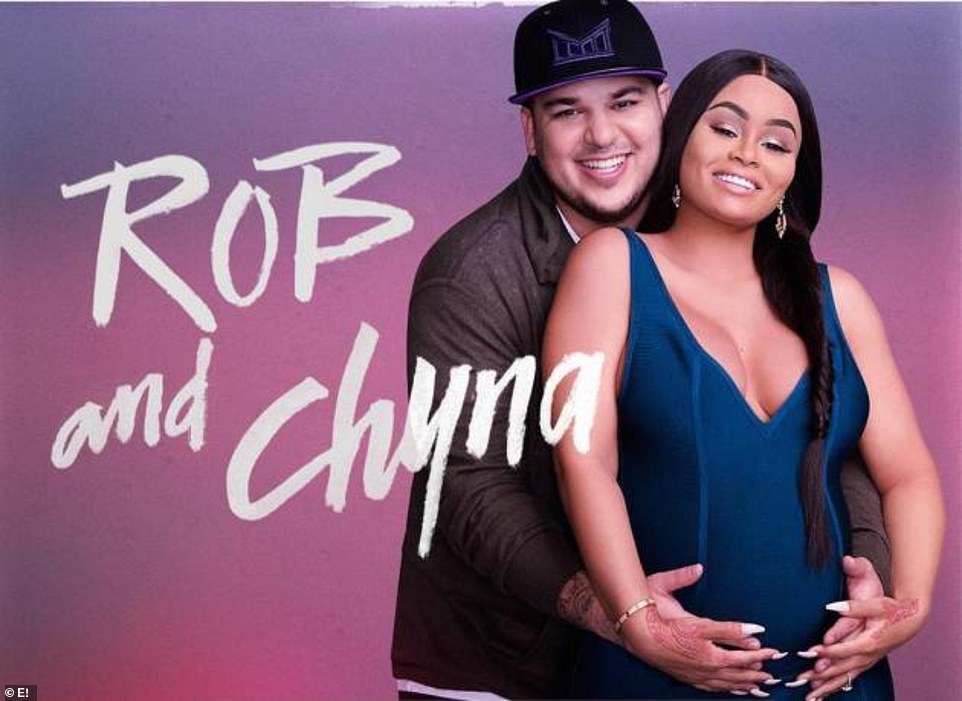