Home » Celebrities » The Truth About Where Tiffany Trump Will Live Now

The Truth About Where Tiffany Trump Will Live Now 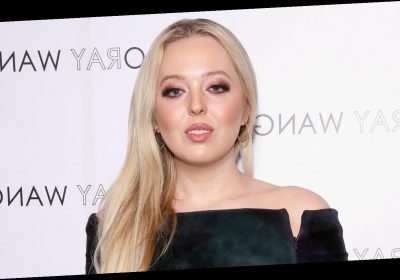 With Joe Biden’s inauguration approaching, that means Donald Trump needs to find another place to live. Reportedly, he will live at his Mar-a-Lago home in Palm Beach, Fla. He’s not the only family member looking to exit Washington, D.C., though. His oldest daughter Ivanka Trump, her husband Jared Kushner, and their kids are planning to live in Miami.

In January 2021, Page Six reported that the president’s youngest daughter Tiffany Trump is planning to relocate as well. Tiffany had been living in the D.C. area for years, attending Georgetown Law School. She recently graduated and her post-law school plans hit a snag when her father didn’t get re-elected. A source told Page Six, “She hasn’t decided on her next career move,” because she intended to “continue as part of the First Family” following her graduation, which is not an option at this point.

Will Tiffany remain in the nation’s capital and forge her own path? Will she return to California, where she grew up? Or will she follow her father and other family members to Florida?

Tiffany Trump is looking for a new home

According to a report from Page Six, Donald Trump’s daughter Tiffany Trump is hoping to “buy a condo or a house” in the Sunshine State, specifically the Miami area. Following her law school graduation, she’s been living at the Setai Hotel in Miami with her boyfriend of two years, Michael Boulos. An inside source told Page Six, “Tiffany has been viewing properties in South Beach, with Michael, but she is planning to buy herself.” At this point, it has not been confirmed if the couple would live together even if Tiffany buys the home herself.

Just because Tiffany is leaving the nation’s capital, that doesn’t mean she’s leaving the scrutiny of being in the public eye. She is a member of the Trump family, after all. In October 2020, she caught flack for celebrating her birthday in Miami, sans face mask, in the midst of the coronavirus pandemic, per HollywoodLife. While it seems like Florida is the go-to move for the Trumps, it’s unclear what exactly Tiffany plans to do if she makes the permanent relocation to Miami.