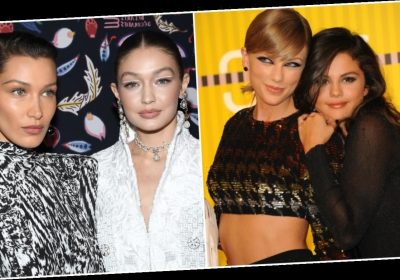 Name a more iconic duo than the ones on this list. Don’t worry, I’ll wait. These 20 famous female duos are hard to top, and are the epitome of what hard work and a collaborative mindset can accomplish. As some of the most-lauded athletes, musicians, and actors in the game, they’ve proven themselves to be unstoppable.

Not only are these female duos making major waves in their fields, but they’re all stronger because of the bond they’ve formed. As one of the most-iconic duos in Hollywood, Mary Kate and Ashley have built a brand based on their sisterhood. Between their joint clothing line and their famed movie franchise, fans have been watching the twins’ every move since they were breaking onto to scene as kids. There’s a lot of celebrity sister duos in Hollywood, in fact. Kendall and Kylie Jenner are another one of the fiercest duos out there, and have built themselves an empire that’s impossible to ignore.

But you don’t have to be related by blood to be a perfect combo. Some things just go together like peanut butter and jelly, or, better yet, macaroni and cheese. These female duos are a force to be reckoned with.

Mary Kate and Ashley began their acting career as toddlers in 1987, sharing the role of Michelle Tanner on Full House. It was the first of many they would share. The gals went on to star is dozens of movies together, including Passport To Paris, New York Minute, and other tween classics. 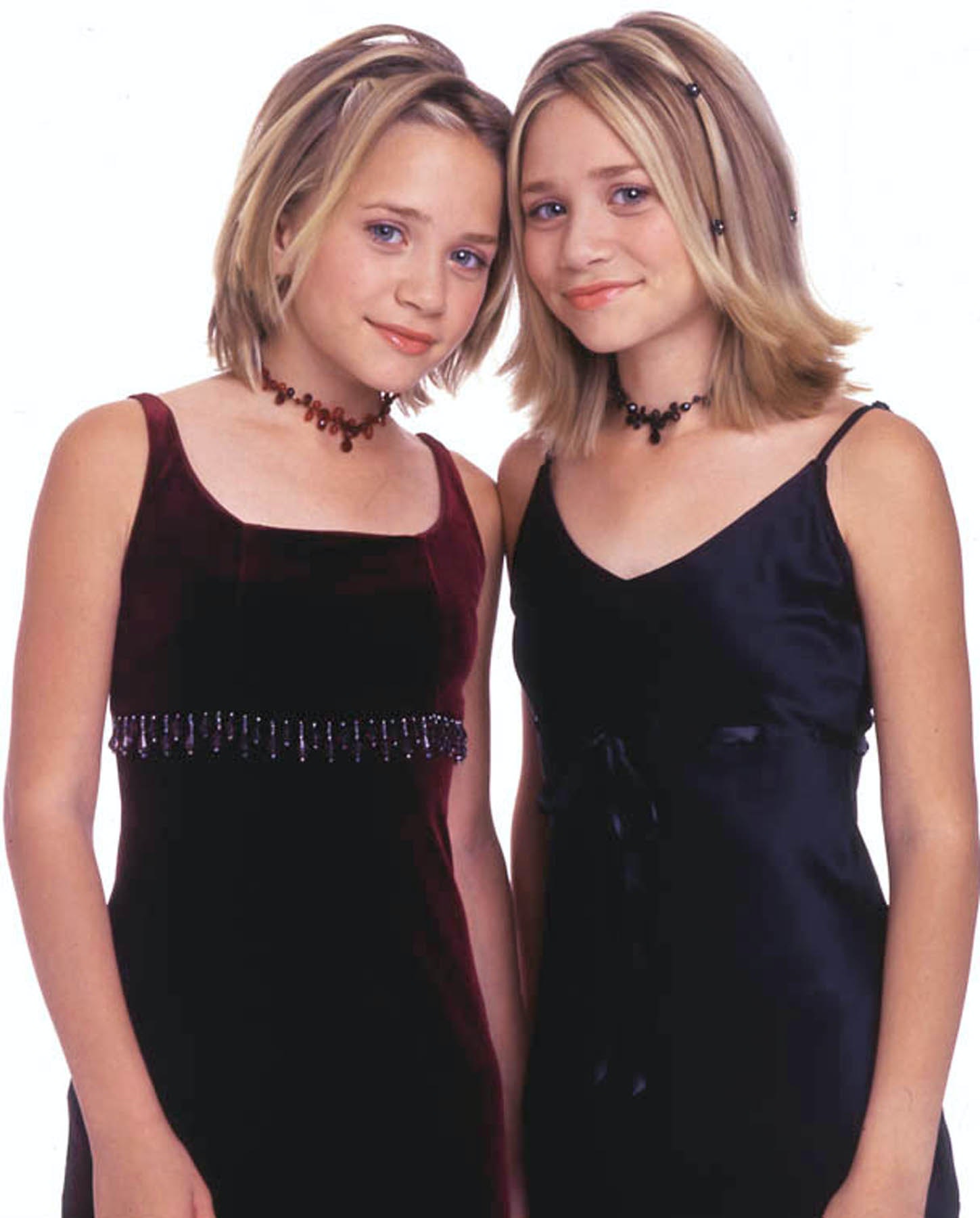 In 2006, the sister teamed up to form The Row, a high-end clothing company focused on "timeless," ready-to-wear apparel. The girls also established a more affordable fashion line called Elizabeth & James which was sold at Kohl’s. From tween cinema to fashion week, the twins have commanded every industry they’ve entered.

Blood is thicker than water, and no one knows that better than Kendall and Kylie Jenner. The sisters have created their own respective empires, but are truly a force to be reckoned with when they band together. In addition to starring on Keeping Up With The Kardashians with the rest of their family, they collaborated on a clothing line in 2012 called "Kendall & Kylie." Their business endeavors are just the beginning. They also frequently vacation together, cook together, and even film YouTube videos together. Basically, Kendall and Kylie have a built-in best friend thanks to their sisterhood. 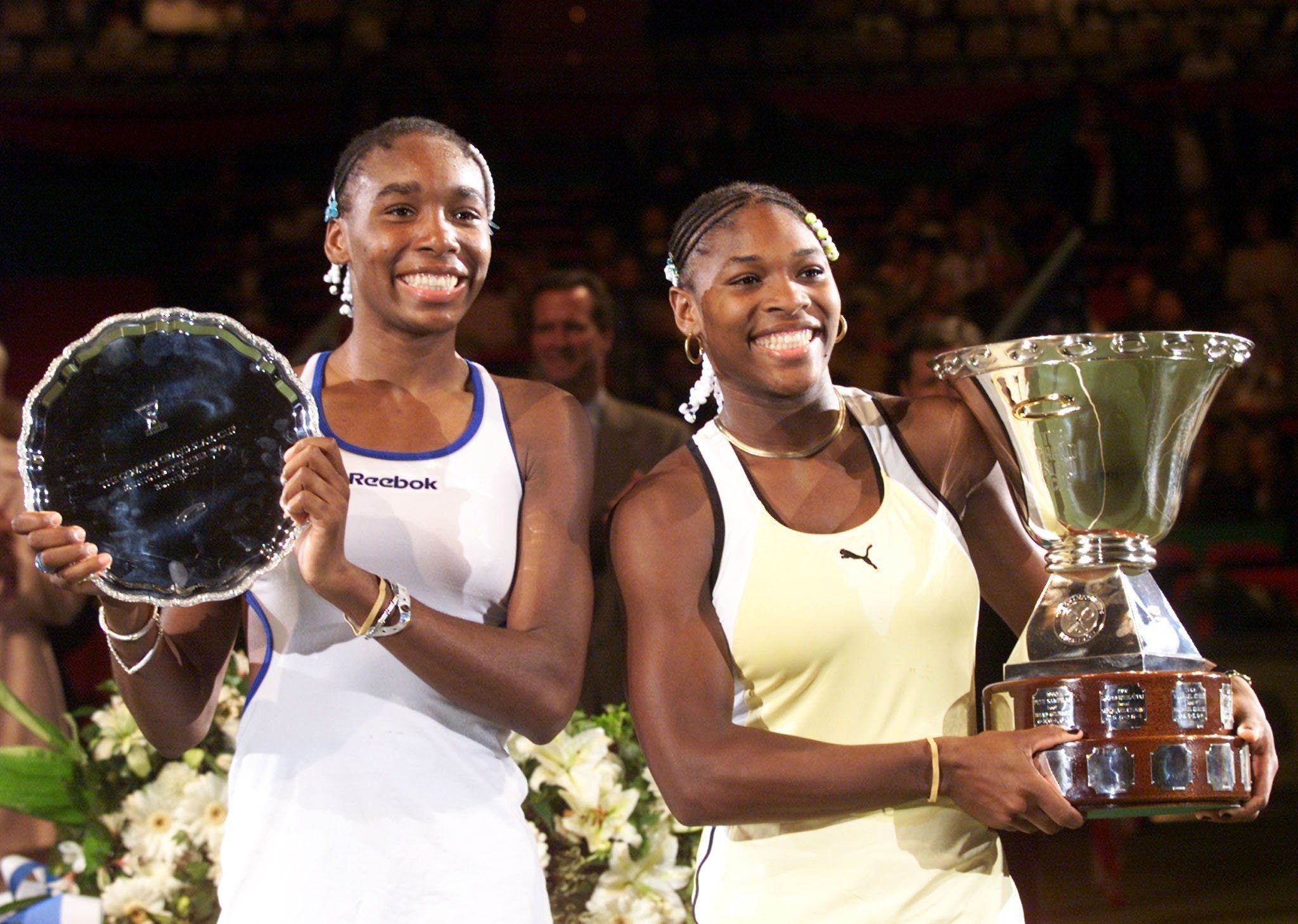 When it comes to power duos, few names come to mind faster than Venus and Serena. The tennis champions have an unparalled talent on the tennis court, and have become cultural icons outside of the sports world as well. With Venus being a seven-time Grand Slam title winner, and Serena landing the title 23 times, this duo is already making history. 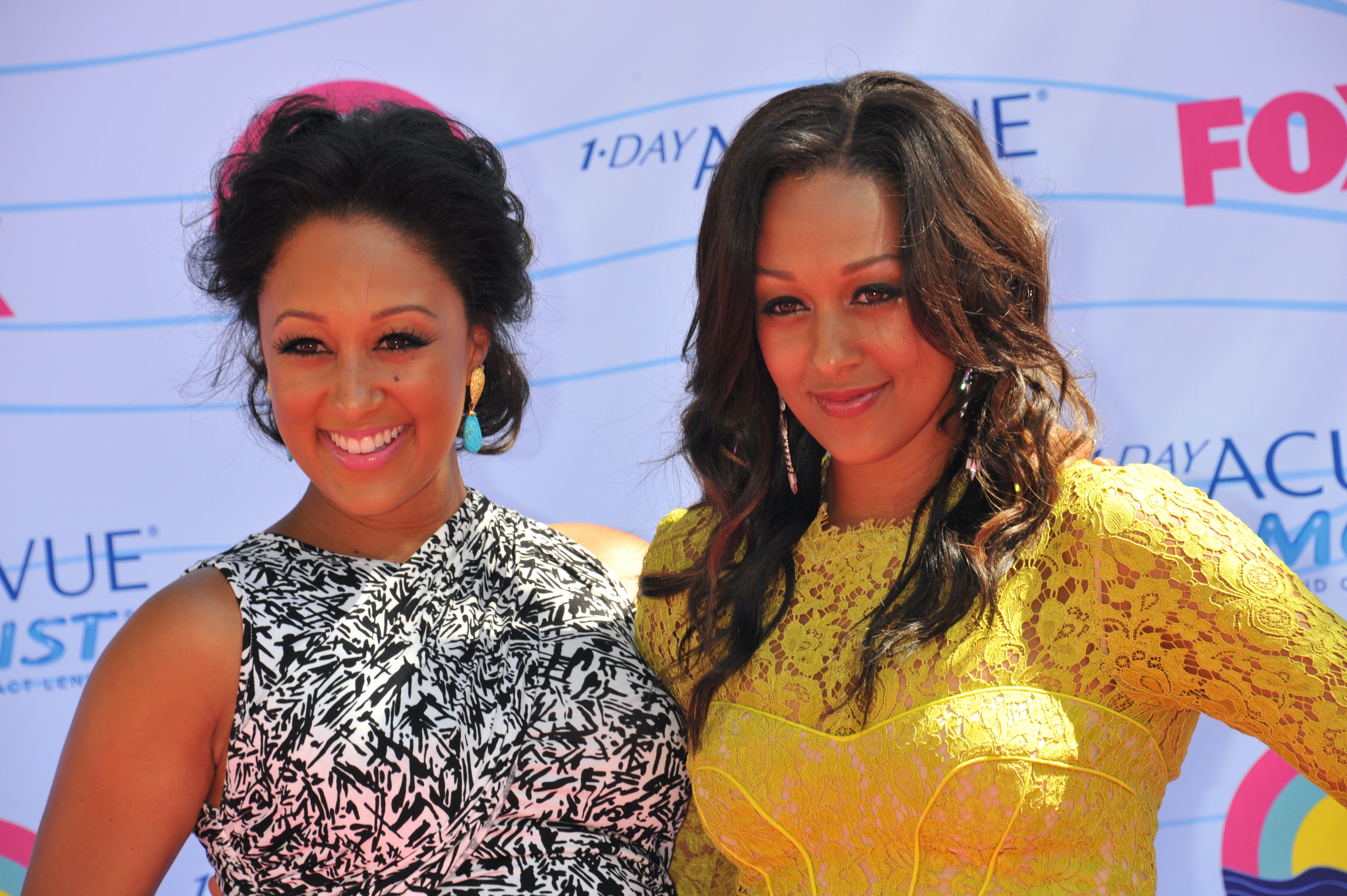 Sister, Sister fans will never forget the Mowry sisters’ cheeky humor on the ’90s sitcom, but IRL they’re the ultimate duo as well. The biological twins are now co-authors of the book series Twintuition. The ladies also had their own reality show called Tia & Tamera from 2011 to 2013.

If you’re more interested in the sisters’ OG work, don’t worry. Sister Sister is now available to stream on Netflix. As far as the music industry goes, the Knowles sisters are two of the most-respected females in the business. They’ve both established booming solo careers, and back when Bey was in Destiny’s Child, Solange would hit the stage with them from time to time. They’re both Grammy-Winning artists, and have each dabbled in the acting world as well. I mean, Solange’s role in Bring It On was unforgettable, IMO. The Knowles sisters’ star quality has shined bright through decades, and hasn’t dimmed in the slightest.

Ah, the queens of TikTok. After a year where everyone and their mothers were glued to TikTok, the D’Amelio sisters became household names. They have a combined following of 159 million people, and their viral appeal has transferred over to Instagram as well. Their love lives often take center stage in the media, but fans are watching their every move regardless of what that entails.

Hilary Duff was propelled to fame starring in the classic Disney Channel sitcom Lizzie McGuire starting in 2001, and her older sister is a star in her own right, too. Haylie has appeared in Napoleon Dynamite (2004) and had a stint on the TV series 7th Heaven. The gals have also teamed up for several projects, including the BBC drama Material Girls, which premiered in 2006. 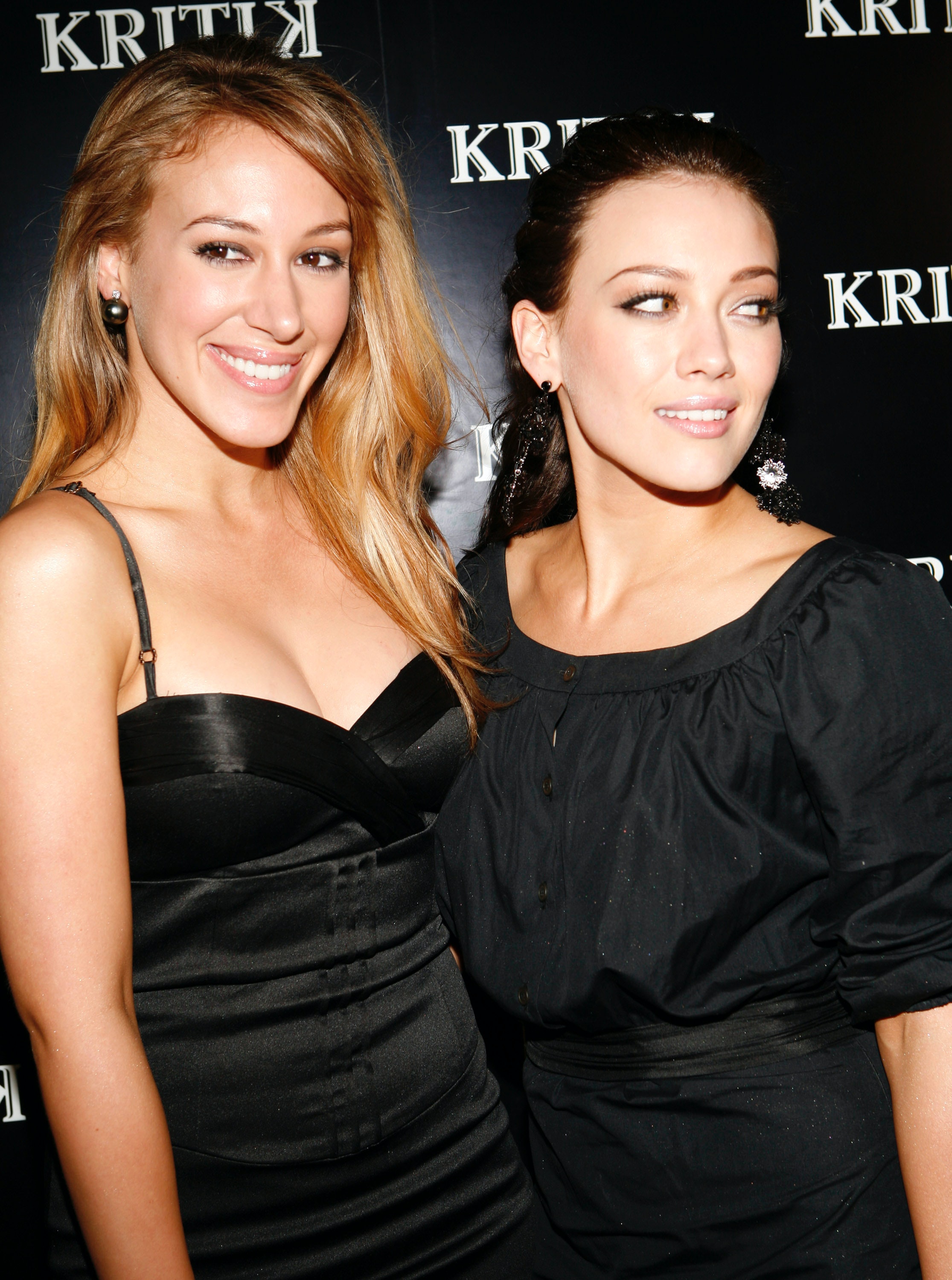 Both Hilary and Haylie are now mothers and have been open about how they help each other out through that chapter as well. “We try to listen to each other and be there for each other,” Haylie told People in November 2018. “Everyone has so much advice all the time, so we really just try to support each other whenever we feel like venting or talking something out.” 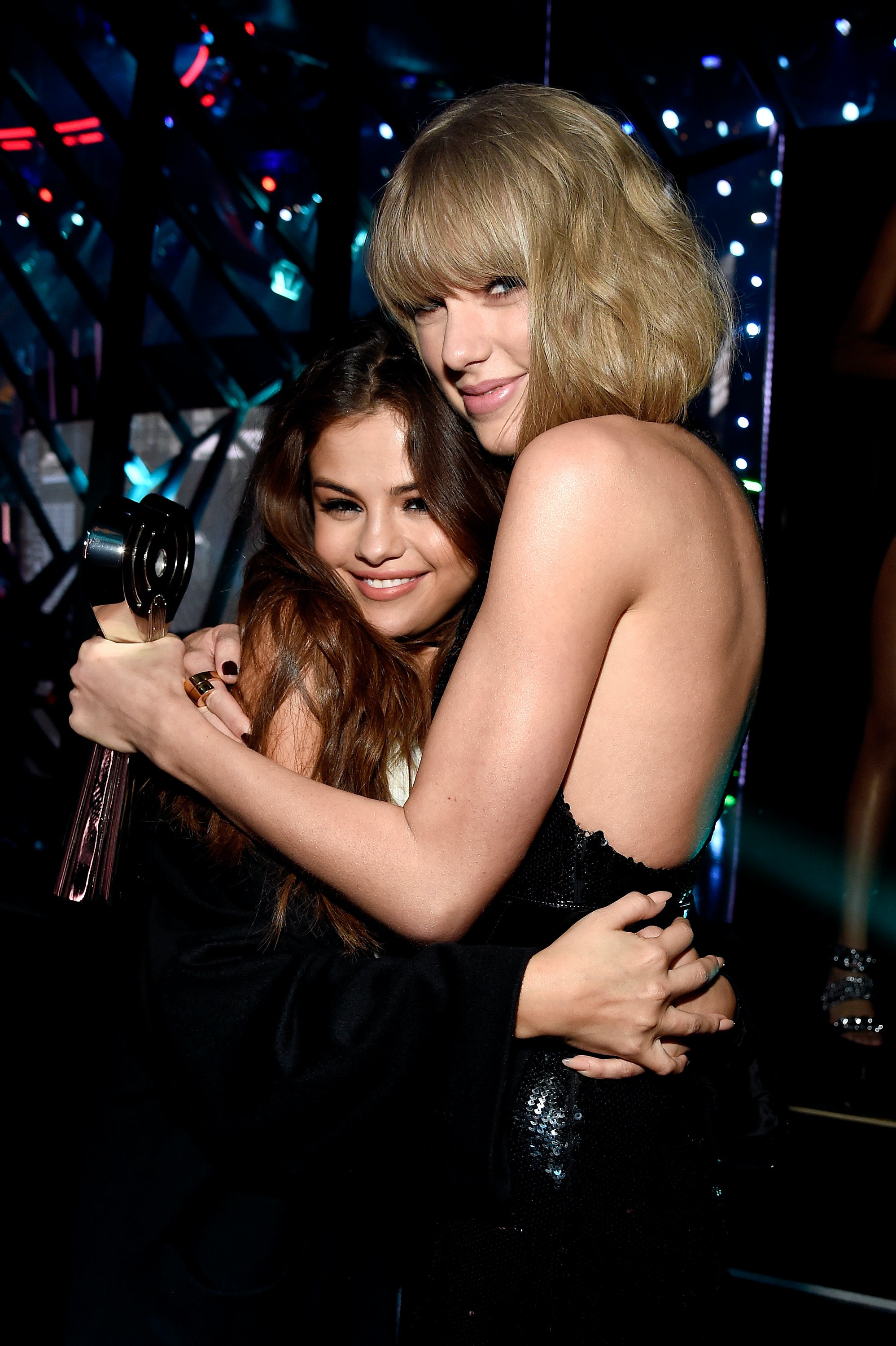 Swift and Gomez have been friends for over a decade, with their earliest hangouts dating back to 2008. They became so close, their tight-knit friendship even threw a wrench in Gomez’s relationship with Demi Lovato. Thee pop stars were often spotted hitting the red carpet together, and never fail to publicly support each other’s music releases. Gomez even appeared in Swift’s 2015 "Bad Blood" music video. They are both at the top of their game in the pop music scene, but never seem to look at each other as competition.

Aly and AJ surprised fans in the best way when they released an uncensored remix of "Potential Breakup Song" in December 2020. The fan fervor behind the explicit version of the throwback song originally released in 2007 proved just how much staying power the girls had, and they reclaimed their spot as pop music ~icons~. 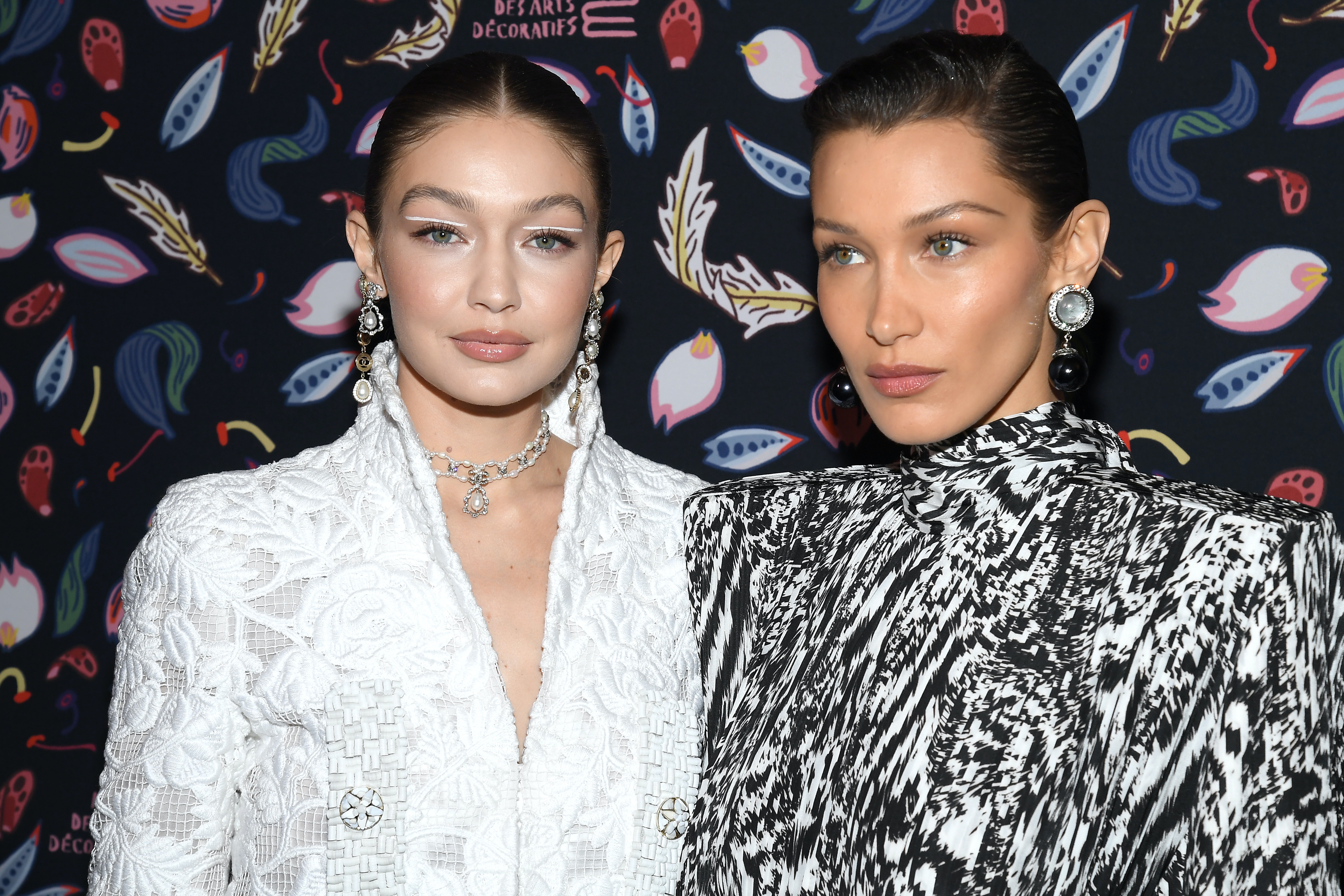 It hardly seems fair that one family was blessed with the flawless genes the Hadid sisters have, but, alas, the supermodels have taken the fashion world by storm.

The sisters, who are one year apart in age, have modeled for practically every brand under the sun including Dior, Victoria’s Secret, Chanel, Versace, Fendi and Isabel Marant. Casual? Not so much, but the girls sure have claimed their stake as the most-adored fashion duo of the decade. 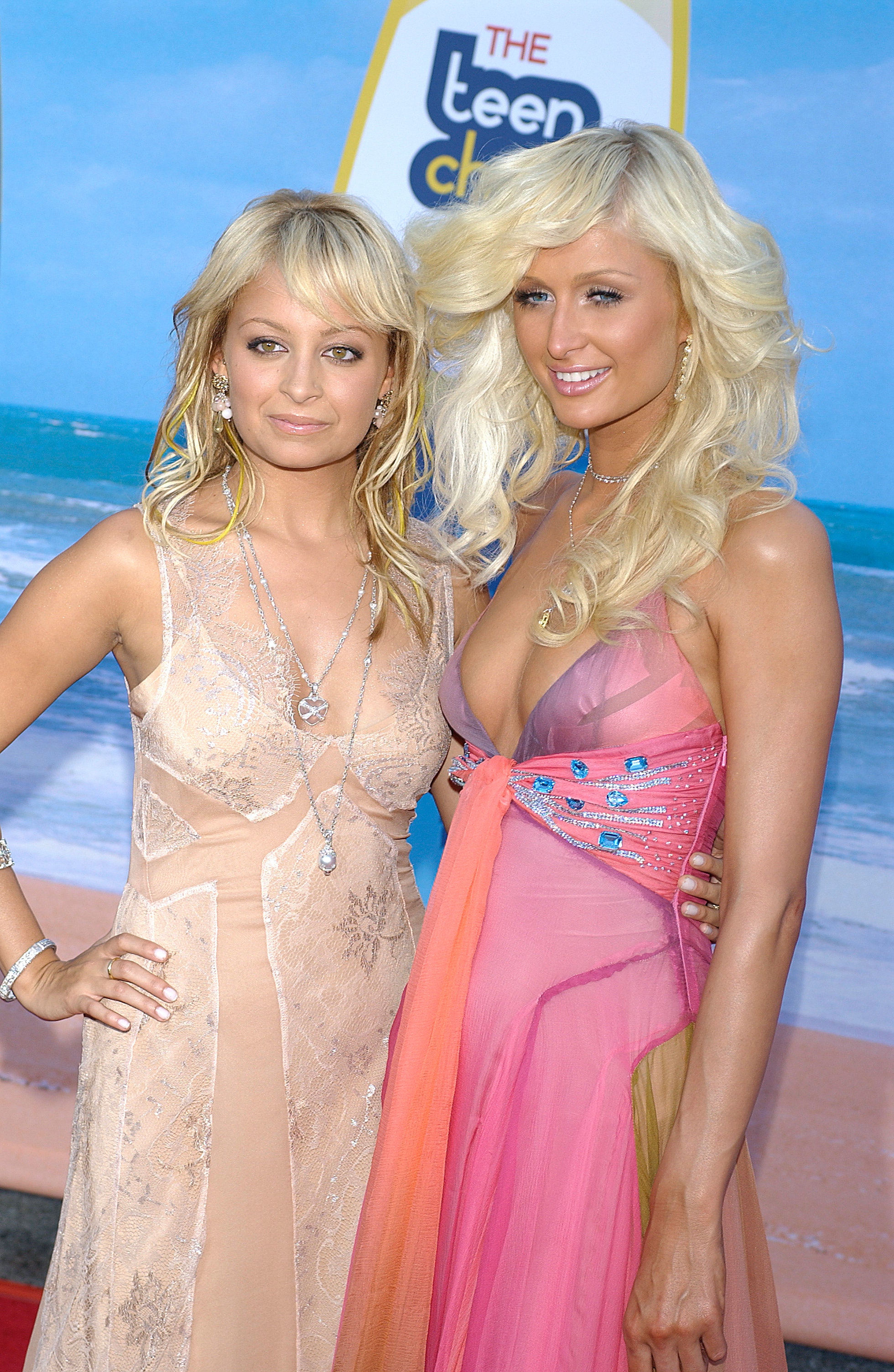 There was a time when it was a rarity to see Hilton and Richie step out without the other. The besties were not only attached at the hip, but were co-stars on the reality show The Simple Life from 2003-2007. But no friendship is perfect, and they’ve had their fair share of fights through the years. After February 2005, it seemed like the pair drifted apart when Hilton accused Richie of playing her sex tape at a party. Still, it’s tough to pull the plug on a friendship that strong, and the stars keep in touch periodically. 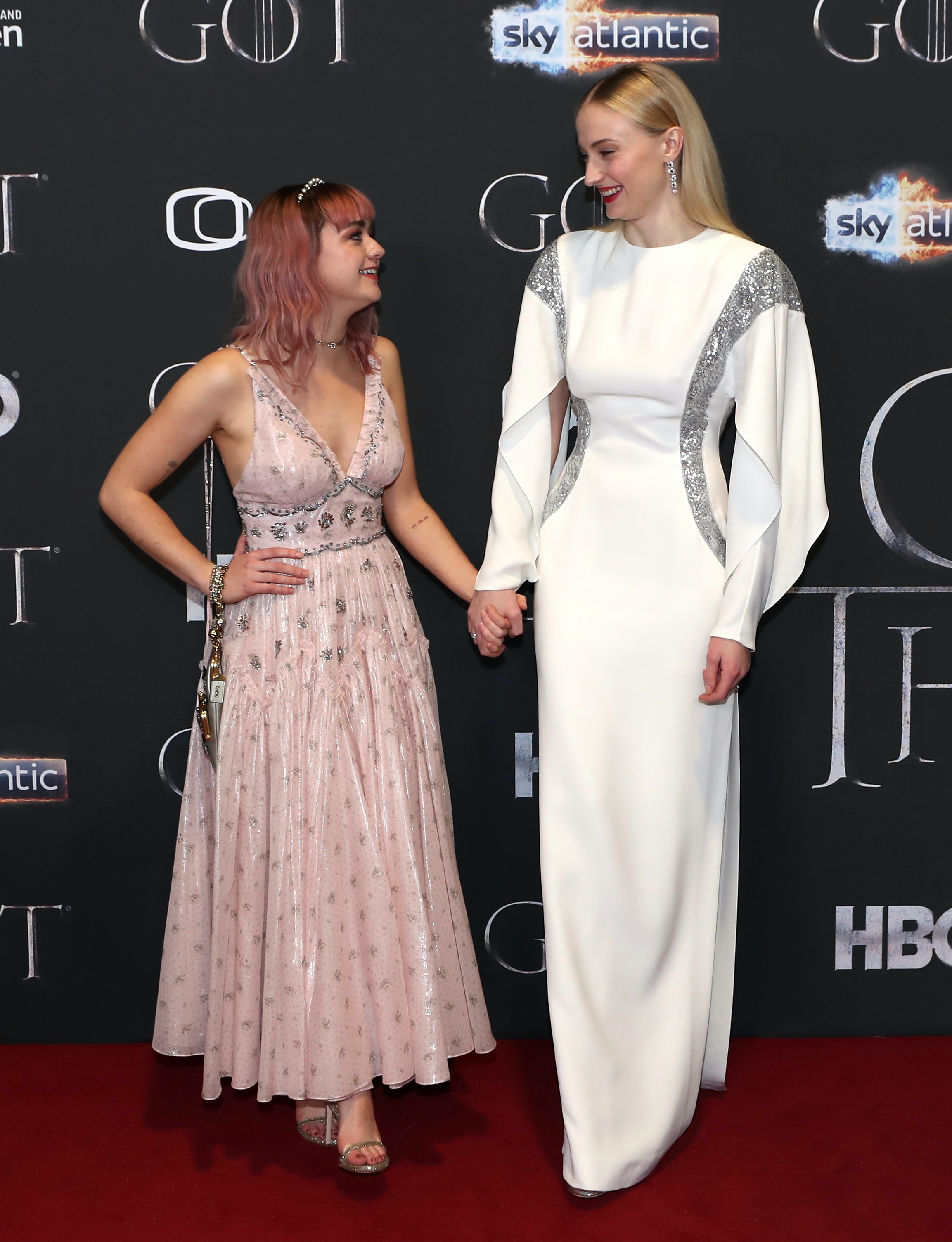 Turner and Williams may have had it out for one another playing sisters on Game of Thrones, but off camera, they’re the best of friends.

The girls’ special bond is evident from their non-stop social media posts together, and they’ve often spoken out about their ride-or-die friendship.

As Turner told The New York Times in May 2019, they helped each other through the hard days on set. "To go home at the end of the day, if I felt really fat that day or if I felt like my face looked weird or I had huge zits, to be able to go home to the hotel room and sit there and cry with Maisie—it was the best thing for us. I’m glad I wasn’t crying on my own."

From High School Musical co-stars, to IRL besties, Tisdale and Hudgens are friends for the long haul. Despite playing frenemies on the Disney movie series, their friendship is as real as it gets. The two actually met well before their High School Musical days, and as Hudgens would say, they’re "OG Besties."

Doja Cat & Saweetie’s January 2021 collab "Best Friend" was more than just a song title. The girls really do have a friendship based on love and respect. "I love Doja Cat. I met her about two years ago. I’ve always been a fan of her work, she works super hard, she’s talented," Saweetie told Extra TV after the song’s release. "I think this record fits perfectly for us because it reminds me of independent women but in a different way. It’s empowering, it’s fun, it’s sexy, but it still talks about some real stuff, and I feel like we’re missing a best friend anthem so I think me and her just fit perfectly for it," she added. Who says you can only have one best friend? Sure, Beyoncé is tight with her sister Solange, but she’s alwas made plenty of room for Rowland in her life. The two singers slayed the music scene as members of Destiny’s Child from 1992 to 2006, but they always find time to reunite now that they’re solo artists. Whether it’s for a one-off concert, or a birthday tribute, they’re always there on the important days. 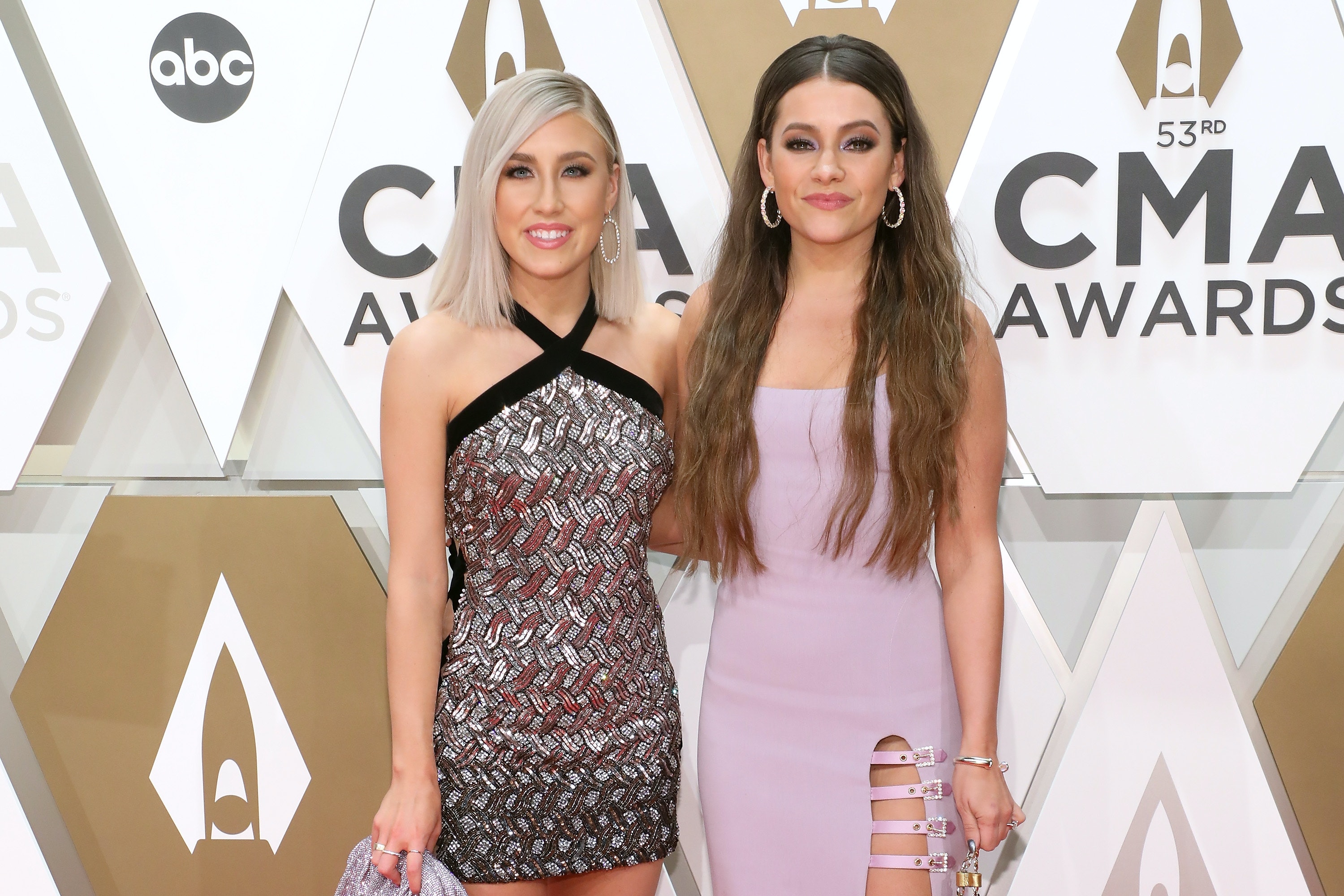 Country music duo Maddie & Tae aren’t related despite the fact they look like twins. But their looks aren’t the only things they have in common. The singers both have some seriously impressive vocal pipes. Since meeting in high school when they were 15 years old, the duo has gone on to become one of the leading female country music duos.

As two of the biggest A-list actresses in Hollywood, one might presume there’d be a competitive spirit between Witherspoon and Aniston. In actuality, there’s nothing but love.

The Morning Show co-stars initially met on the set of Friends and immediately hit it off. As Witherspoon told Harper’s Bazaar, she loved her co-star’s positive energy on-set.

"They would change all the lines and she was just so effortlessly affable, bubbly, and sunny. We’ve been friends ever since."

When it comes to friendship goals, Fey and Poehler do it best. The comedians are always laughing, supporting each other, and having a ball together. They’ve become such a beloved duo that they’ve even been asked to co-host the Golden Globes four years in a row. 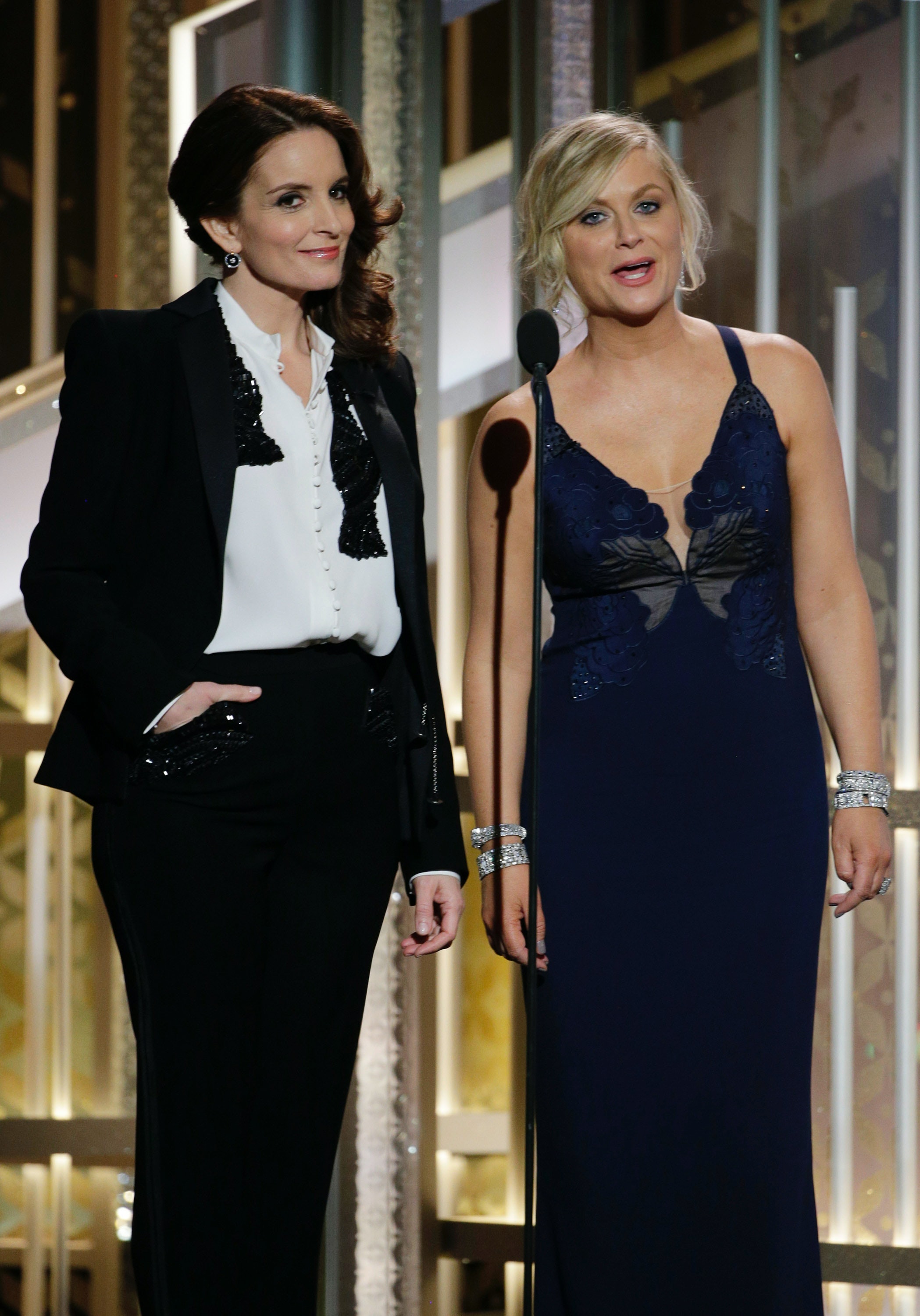 How did the dymanic duo come to be? The two actually met pre-fame, while taking class at the ImprovOlympic Theater.

“She was sharp, shy, and hilarious," Poehler said. "We took classes together and sat in the back."

Perry and Swift’s friendship got off to a rocky start, but once they resolved their issues about trading the same set of backup dancers, it was all good. In fact, the girls are now unbelievably supportive of each other’s careers.

A cookie-baking party in June 2019 sealed the deal on their reinstated friendship, and Swift featured Perry in her "You Need To Calm Down" music video not long after.

Perry and Swift’s friendship took fans on an emotional roller coaster, but they’re seemingly back on level ground, and fans are living for it.