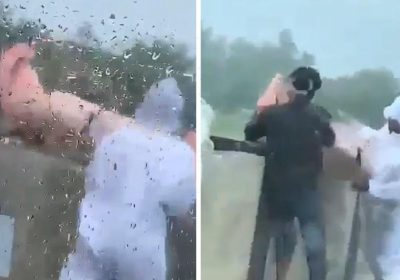 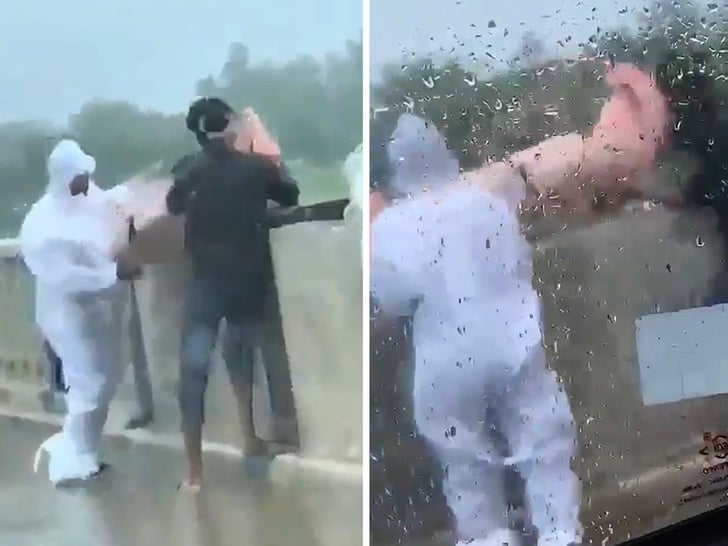 A body was dumped over a bridge into the water below in northern India — an unthinkable act that 2 people have been arrested for … but also, a testament to the siege the country is under during a second wave of COVID-19.

This wild video surfaced over the weekend, which purportedly shows two guys chucking a cadaver into the Rapti River somewhere in Balrampur … which sits in the state of Uttar Pradesh. Local reports say police have identified the men and arrested them.

In the clip, you see the two people here struggling with what appears to be someone in a body bag … hoisting them up onto the ledge, and then opening whatever enclosure they’re in to unleash what’s inside. One of the guys doing the deed is covered in full PPE.

According to India Today, a chief medical officer ID’d the body … reportedly saying they’d been admitted to a hospital on May 25 after testing positive for COVID, only to die a few days later. The hospital released the body to the man’s family for cremation, whom officials now claim are the ones behind him being disposed of in morbid fashion. 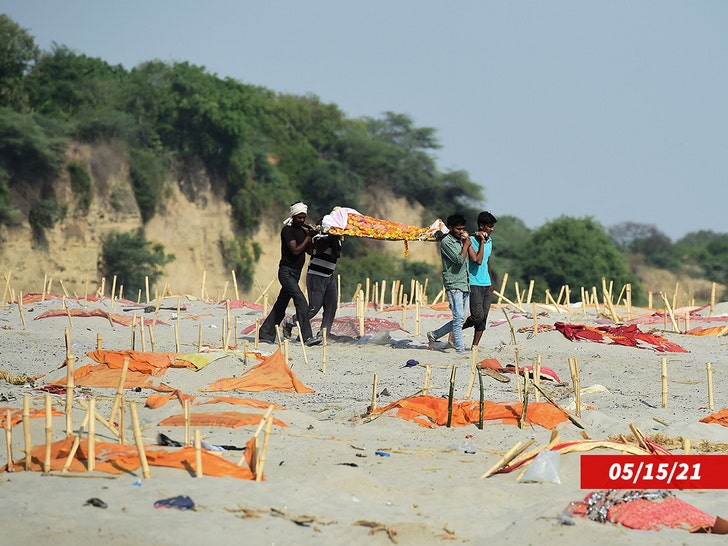 Bodies along river banks is, sadly, becoming a regular thing throughout India lately — as they continue to battle rising COVID cases and deaths during a crippling second wave that has devastated citizens there. Mass burial sites have been formed in and around the Ganga River  of late, with scores of dead people being lined up … and, in some cases, burned at a pyre.

While we seem to be turning a corner here in the States, this is a good reminder that many around the world are not faring well against the virus, even at this point.