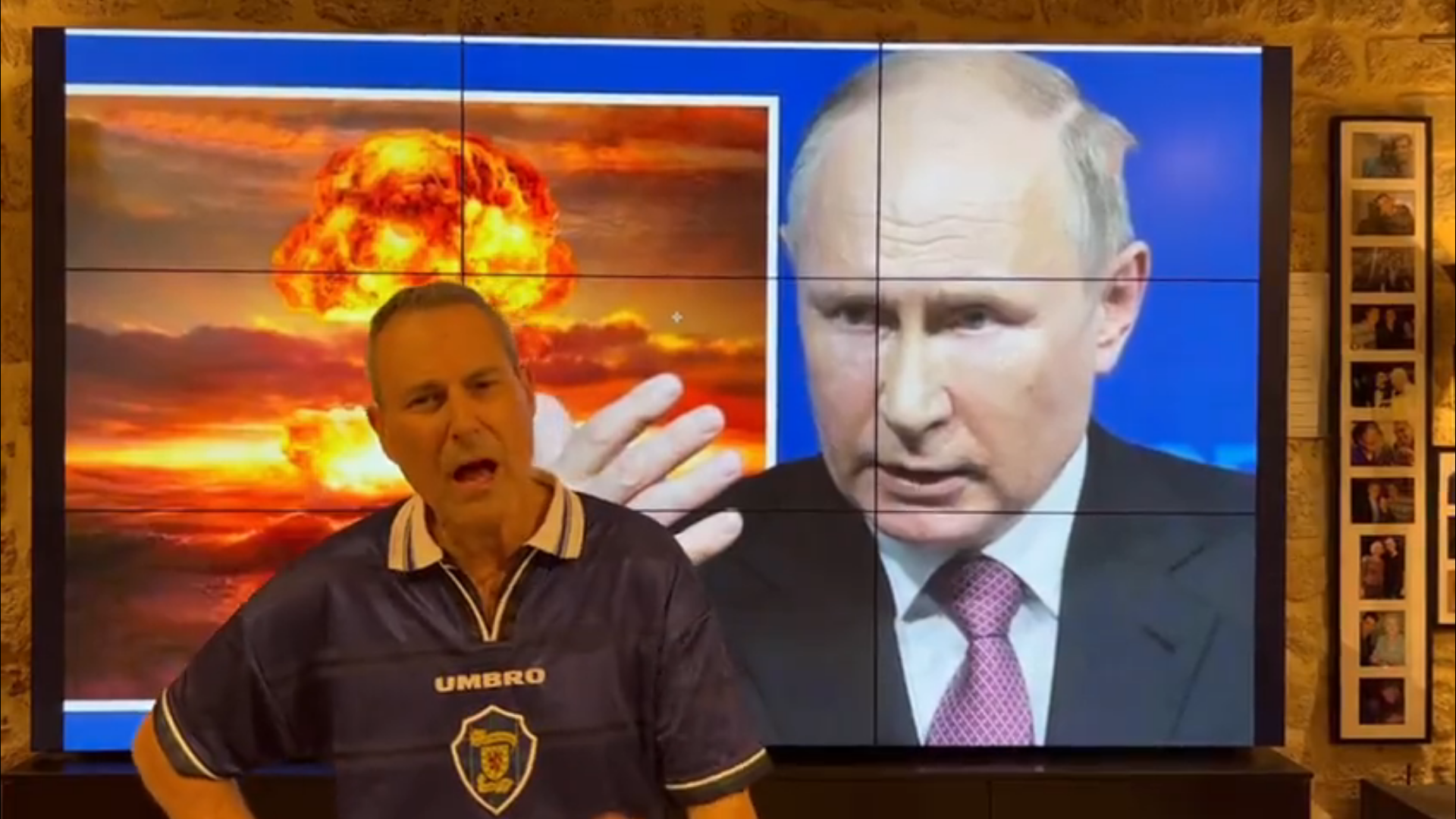 Uri Geller has issued a warning to Russian president Vladimir Putin, saying he will use ‘every last molecule of my Mind Power’ to prevent him from launching a nuclear attack.

The spoon-bender and TV personality waded into international politics on Tuesday with a video he posted to Twitter, highlighting a letter he said he had sent to the Russian powers that be.

Published with the caption ‘Read my warning which I sent to the Kremlin’, the 75-year-old stood in front of a screen showing Putin and a nuclear mushroom cloud.

Discussing international nuclear powers, the illusionist, who bought a Scottish island where he believes witch bones are buried, shared his worry that Scotland was at risk, due to its naval bases.

‘This is serious stuff and I have a warning for you, Putin,’ he added.

Geller then approached the camera to loom closely into the lens, continuing: ‘I urge you all to read my warning, all of you, and I’m serious about it. Very.’

‘You have been warned,’ he finished, dramatically.

Geller, known primarily for his spoon-bending antics, as well as his friendship with late singer Michael Jackson, has allegedly used his powers to sway important football matches and frequently shares his views on telepathy and space.

Earlier this year, he warned NASA that an alien invasion was around the corner after scientists discovered a giant energy source 4,000 light years away while mapping radio waves, which they believe could be a neutron star or white dwarf.