Vanessa Bryant is tattooed with names of immediate family on foot Vanessa Bryant had the names of her immediate family tattooed on her foot.

The 38-year-old posted on Instagram Tuesday a shot of her new ink, as it had the names of her family members along her foot: her late husband Kobe, 41, her, and their four daughters: Natalia, 17, the late Gianna, 14, Bianka, three, and Capri, one.

Tattoo artist Mister Cartoon inked the widow of the late Los Angeles Lakers legend with the tattoo, which extended from her ankle to her toe. She shared a shot of the artwork as she wore a grey suede heel. 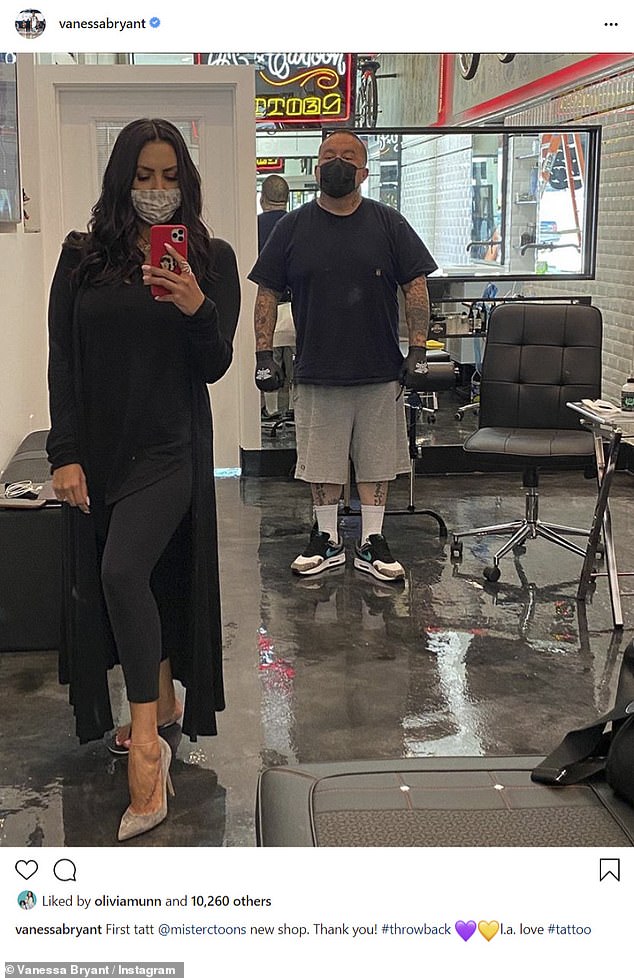 New ink: Vanessa Bryant, 38, has had the names of her immediate family tattooed on her foot

She wrote in the caption: ‘#MiFamilia Thank you @misterctoons,’ adding hearts in red, purple and gold.

Vanessa on Sunday sent congratulations to her husband Kobe’s confidante Rob Pelinka after his Los Angeles Lakers won the NBA title in defeating the Miami Heat 106-90 in game six of their best-of-seven series.

‘Go Lakers! Congratulations Uncle P!’ she wrote to the team’s general manager Pelinka, who paired superstars LeBron James and Anthony Davis for the vaunted franchise’s first championship in a decade, and 17th overall. 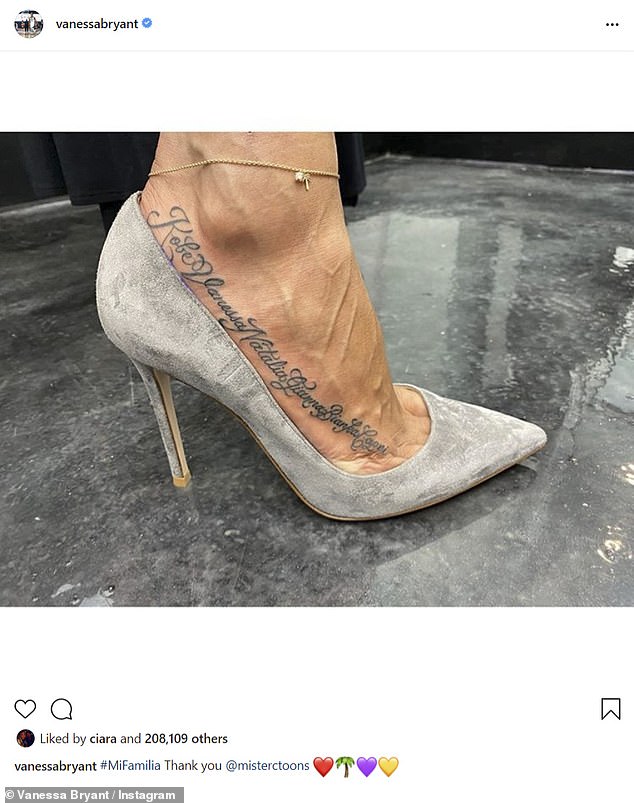 New ink: She shared a shot of the artwork as she wore a grey suede heel 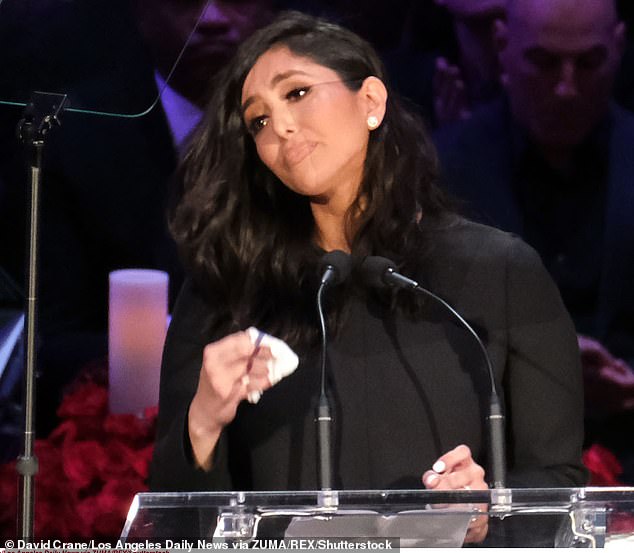 In mourning: The post came less than nine months after the tragic deaths of Kobe and Gigi with with seven others in a helicopter crash in Calabasas, California on January 26 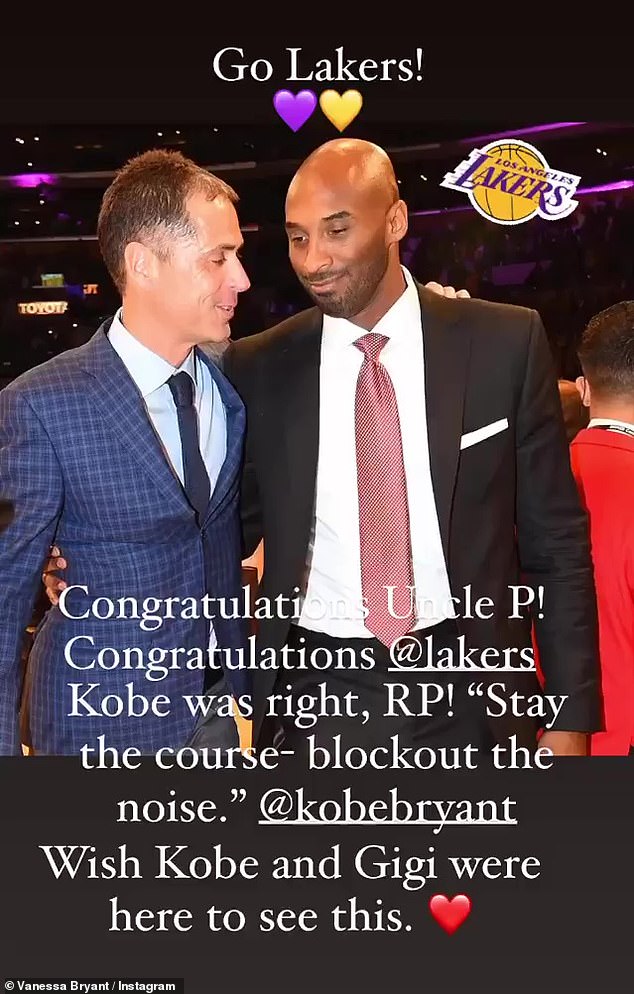 The team dedicated its season to the memory of Bryant, who spent two decades on the roster before his retirement in 2016.

Vanessa wrote ‘wish Kobe and Gigi were here to see this’ with a heart emoji on the emotional day. 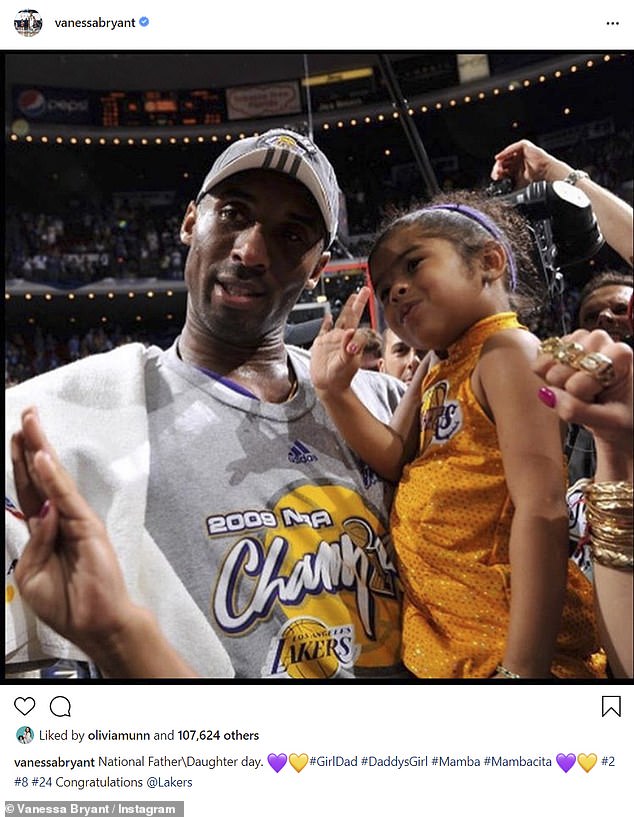 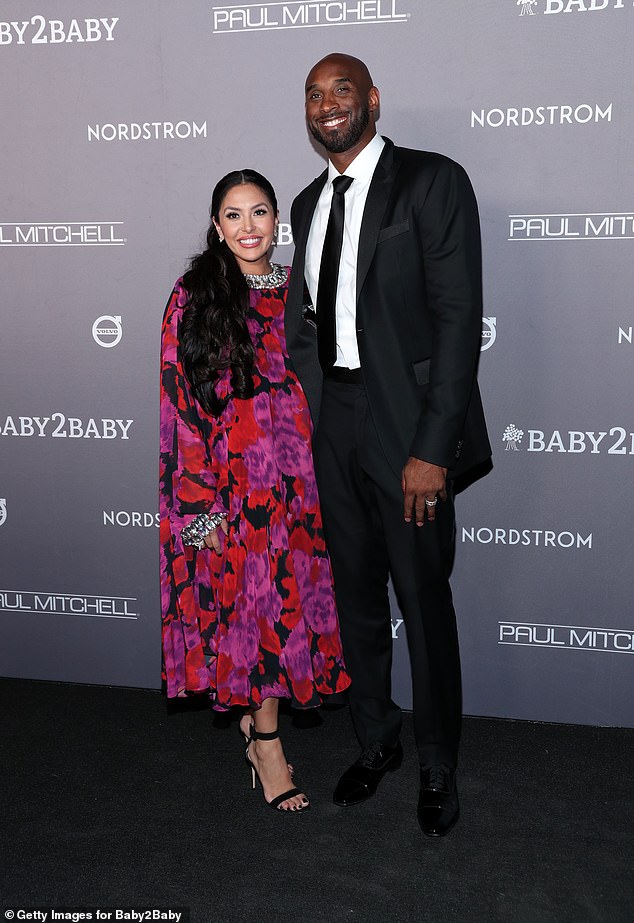 Close couple: Kobe and Vanessa were seen in November of 2019 in LA

The emotional days come less than nine months after their tragic deaths with seven others in a helicopter crash in Calabasas, California on January 26.