Vanessa Hudgens Takes Relationship With Cole Tucker To Next Level 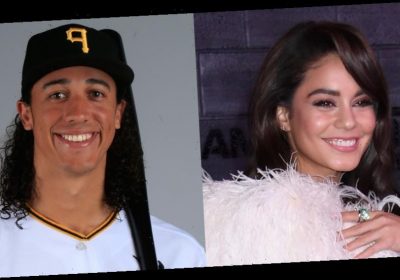 Things are heating up for Vanessa Hudgens and her beau Cole Tucker!

The new couple reportedly rang in the new year together and took their relationship to the next level.

“They are boyfriend and girlfriend,” an insider told E! News. “They rang in the New Year together.”

The pair were first linked back in November after being seen leaving a dinner date together and looking cozy.

“They had a romantic dinner outside under the stars. They shared wine and food and had a great two-hour meal. Vanessa was giddy with laughter. She was looking over at Cole and couldn’t contain her smile,” a spectator said about that outing.

About a week later, Vanessa was seen in his hometown of Phoenix, Arizona, where she shared photos with BFF GG Magree.

If you didn’t know, Cole is a 24-year-old professional baseball player, who plays with the Pittsburgh Pirates. Find out more about him here!