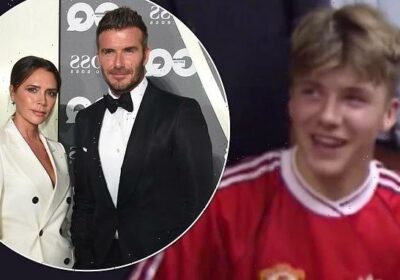 ‘What a stud!’ Victoria Beckham gushes over her husband David as she marks 30 years since his Manchester United debut – after Nicola Peltz claimed she was blanked by her

Victoria Beckham recently put claims of a feud with her daughter-in-law Nicola Peltz aside to gush over her stud of a husband David Beckham. 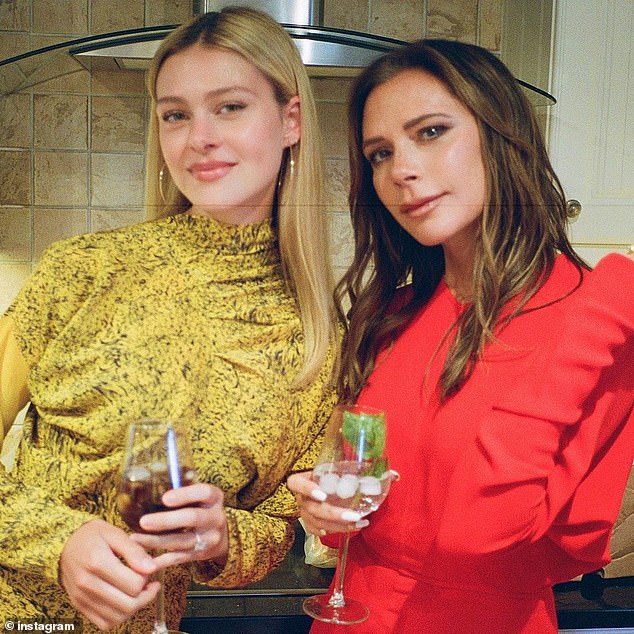 Victoria cooed on the post ’30 years since this stud came on the scene!!’

During the montage post, David can be seen shooting his first goal for Manchester United in the early days of his football career.

As well as holding a trophy in various clips and saying how ‘brilliant’ it was to sign the papers for the popular football club. 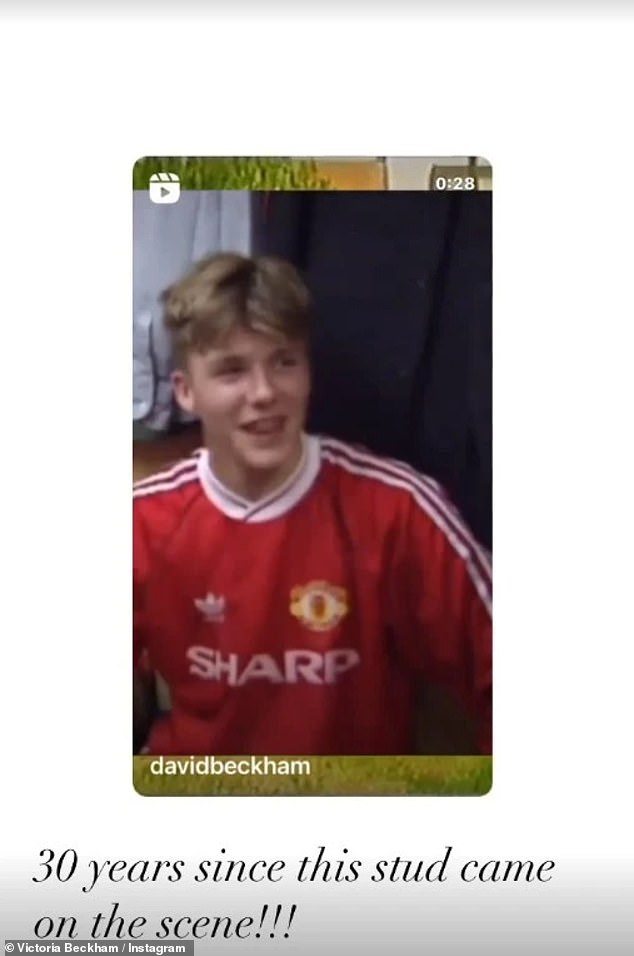 Throwback: The singer took up the chance to do a sweet post directed towards her footballer spouse by posting a montage of videos marking 30 years since his Manchester United debut 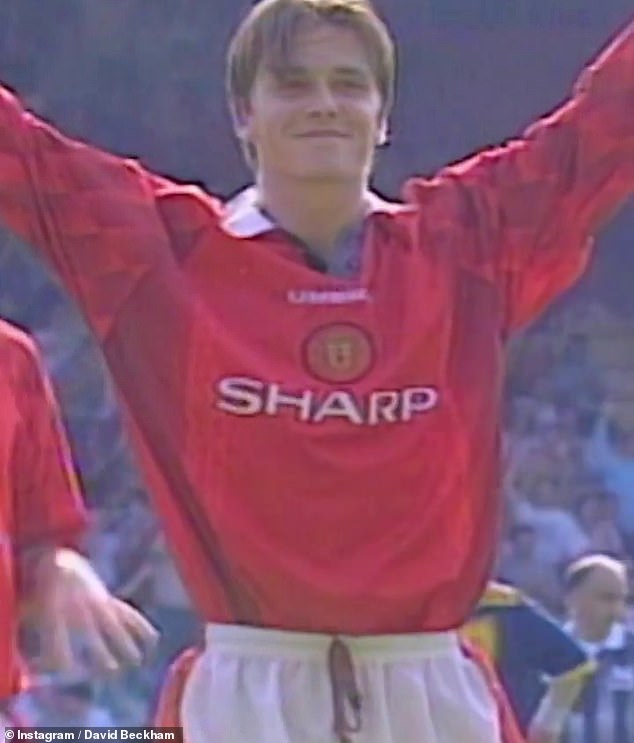 Glory days: During the montage post, David can be seen shooting his first goal for Manchester United in the early days of his football career

The sweet post comes after Nicola recently broke her silence during an interview about her feud with her mother-in-law.

The Sun recently reported that the pair’s relationship had reached a ‘low point’ after the US actress accused the former Spice Girl of ghosting her after promising to design her wedding dress.

However, since the allegations came to light, things have appeared to cool down between Nicola and Victoria. 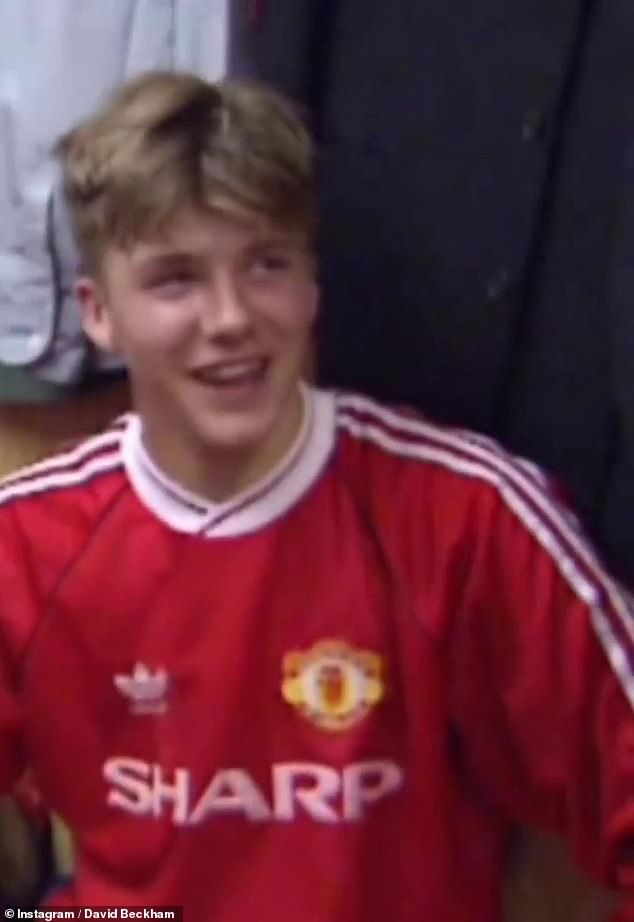 It felt brilliant: In another clip he can be seen speaking during an interview saying how ‘brilliant’ it was to sign the papers for the popular football club 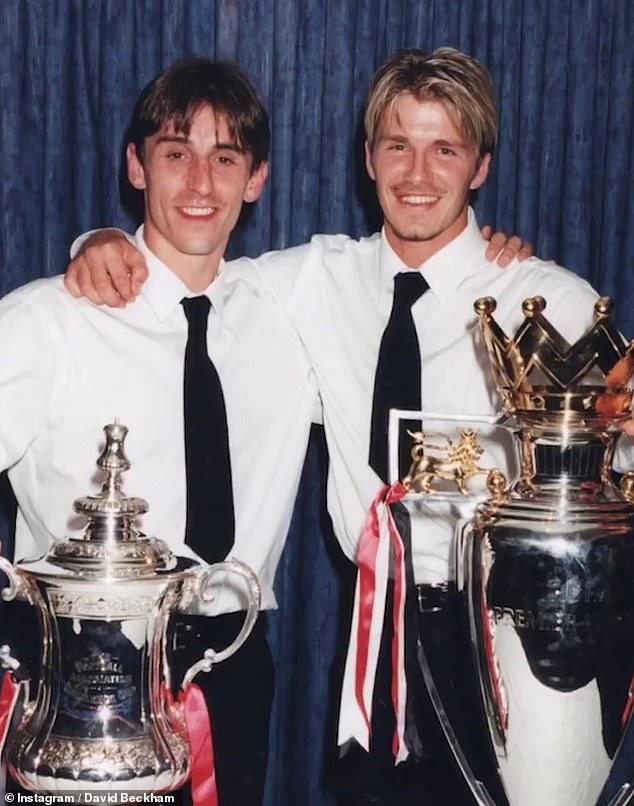 Long career: In other clips David can be seen smiling with his friends during his glory days

And both of them have recently stopped taking vacations together or liking each other’s posts.

And since Nicola’s claims of the Spice Girl ‘ghosting her’ Victoria has stayed silent and put her business hat on promoting her own fashion designs. 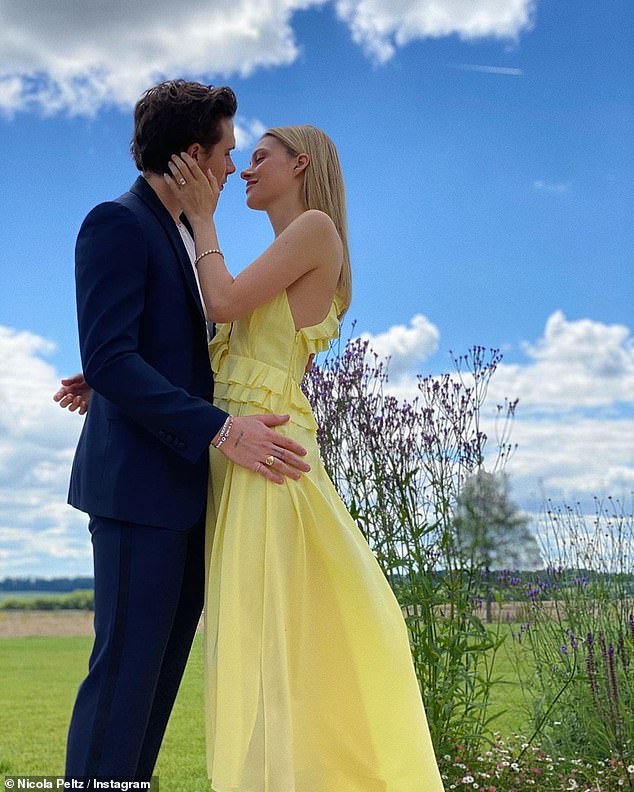 The truth: The sweet post comes after Nicola recently broke her silence during an interview about her feud with her mother-in-law

However, Nicola hasn’t stayed so quiet and recently told Grazia US about how she was planning on wearing Victoria’s wedding dress.

‘I was planning on wearing Victoria’s wedding dress and I was truly so excited to be able to wear a design that my future mother-in-law created.’

‘I thought that was so beautiful and such a beautiful story.’

She continued to tell the publication that her close friend Leslie Fremar and her mother Claudia, instead helped her with designing the stunning wedding gown. 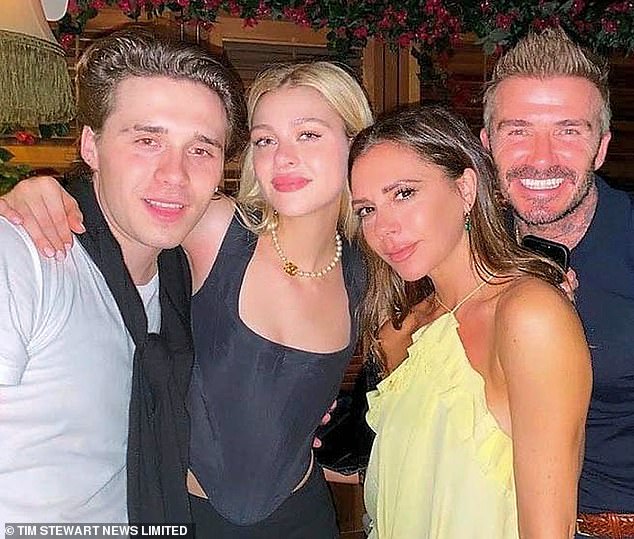 Gown disasters: Nicola claimed she was blanked by her mother-in-law Victoria after the designer offered to make her a wedding dress

When talking about her mother-in-law the actress said how she hadn’t heard from her for a few days after suggesting Victoria should design her wedding gown.

‘A few days went by and I didn’t hear anything.’

‘Victoria called my mum and said her atelier couldn’t make it. So, I spoke to my mum and Leslie, and I was like, ‘Well, unfortunately, this can’t happen, so what’s the next step?’

However, a fashion insider stated that the pair did have discussions about the dress, and very early on Victoria realised it would be too much for her atelier — and politely explained she could not make it. 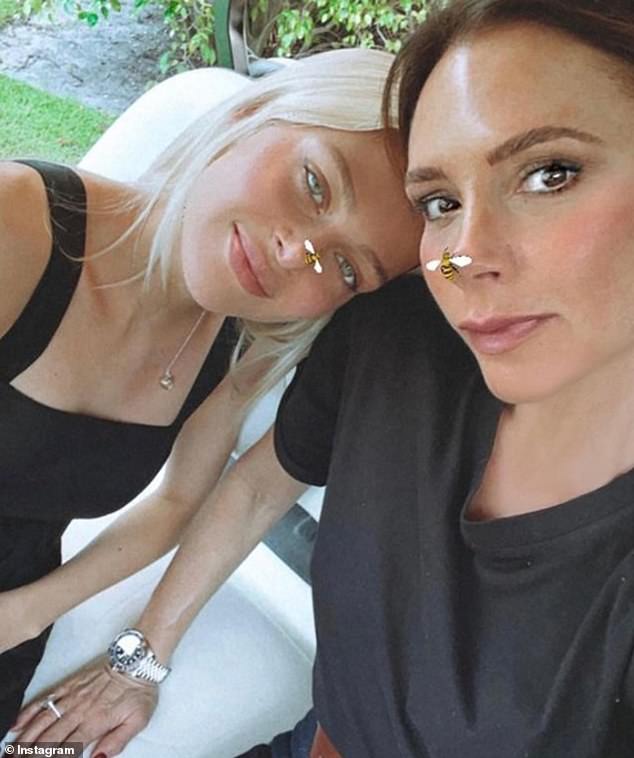 Wedding: Nicola ended up wearing a stunning couture Valentino number at her wedding as she tied the knot with Brooklyn in April

According to The Sun, David, who is the voice of reason in the Beckham household, also appears to be upset by the increasing gulf in the couple’s relationship with their beloved son.

A source told The Sun ‘Frankly, the most interesting thing about Nicola is that she married into the Beckham clan.’

‘David and Victoria have both reached out to her to try and make peace, and find a way to get along.’

‘There appears to be this baffling false narrative being peddled out by Nicola about this bloody dress.’

And according to the source, Victoria is confused as to why Nicola keeps stoking rumours of the feud.

And since Brooklyn and Nicola’s wedding, relations between the two families have taken a downfall.

After Brooklyn and Nicola declined their invitation to spend the summer on board their new £5m yacht. 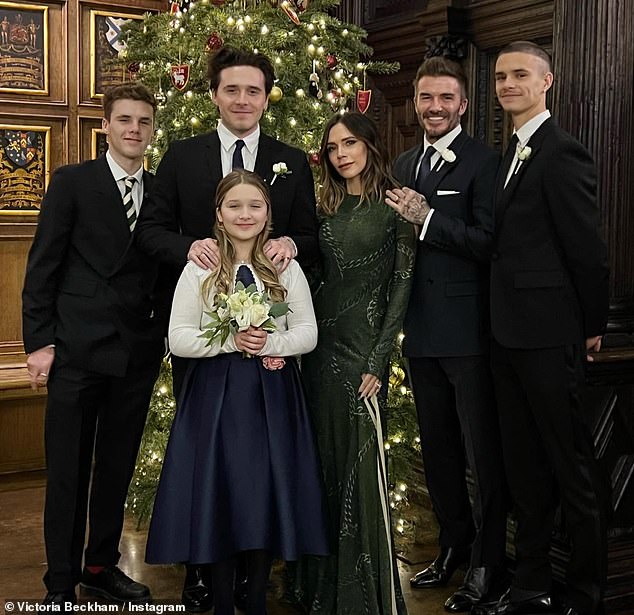 Torn apart: Since Brooklyn and Nicola’s wedding, relations between the two families have soured, after the couple declined David and Victoria’s invite to spend summer with them