Home » Celebrities » WarnerMedia is pitching an ad-supported HBO Max tier, but some advertisers say the rates are too expensive and are skeptical of the value

WarnerMedia is pitching an ad-supported HBO Max tier, but some advertisers say the rates are too expensive and are skeptical of the value 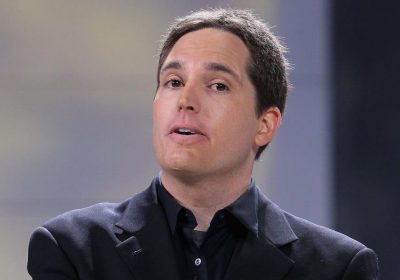 WarnerMedia just rolled out an ad-supported version of HBO Max that it’s pitching as a premium product with the lowest commercial ad load in the streaming industry.

But some ad buyers are balking at its high price point and lack of targeting ability.

Ad-supported HBO Max touted $80 million in ad buys from more than 35 brands and has told buyers that almost all its 2021 inventory is sold out. WarnerMedia didn’t name the brands, but insiders said ad holding companies like WPP and Omnicom bought the vast majority of the inventory for their big clients during the 2020 upfronts.

The platform will air a maximum of four minutes of commercial time per hour — the lowest among competitors including NBCUniversal’s Peacock, which has five minutes of ad time per hour.

Disney’s Hulu is priced around $30, meanwhile, and NBCUniversal’s Peacock started at $50 but has since declined to just over $40 for large ad buys.

HBO Max is also selling full-episode “brand block” sponsorships that can cost around $1 million, or $80 to $90 per CPM, the buyers told Insider.

Since the product is new, prices can change during negotiations. WarnerMedia is already thinking of lowering its rates for larger ad buys, according to one of the buyers and another person familiar with the matter.

WarnerMedia, Disney, and NBCUniversal declined to comment for this story.

One of those pitched, Mike McHale, head of activation at agency Noble People, commended the reduced ad load and frequency capping that’s meant to prevent viewers from seeing the same ads repeatedly but was undersold on how  HBO Max pitched itself versus other streaming services.

McHale said WarnerMedia is promoting the new service as a one-stop shop for all WarnerMedia properties where brands can advertise on HBO for the first time in its nearly 50-year history.

HBO Max originals, older movies, and content from other Warner properties like Turner and CNN will have ads and exist alongside ad-free HBO series like Game of Thrones. Some buyers said this combination of ad-supported and premium content could dilute the value of the platform.

“The misperception is that your ads will run on ‘Curb Your Enthusiasm’ or ‘The Sopranos’,” McHale said. “But you’re going to be on ‘Impractical Jokers’ or some other Warner property. When all your content is coming from Cartoon Network and TruTV, I’m not sure you’re advertising on HBO.”

In a third area of criticism, buyers said there’s a lack of targeting options and demographic data about HBO Max viewers that means advertisers won’t be able to tell if their ads are working. WarnerMedia plans to roll out a targeting function for HBO Max by early 2022.

“The fact that we can’t audience-target is definitely a ding against them,” one buyer said. “With most digital-first services, we can add targeting layers and focus our audience more.”

A second buyer also said they would wait to see how WarnerMedia’s pending merger with Discovery affected the service.

Most marketers recognize the need to consider all these new streaming platforms. BIA Advisory Services expects OTT local ad spending will rise to $1.18 billion in 2021 from $990 million in 2020 and reach $2.37 billion by 2025.

“A majority of OTT viewing is still dominated by Netflix and YouTube, so ad-supported models like HBO Max, Peacock, and Paramount+ need to capture more subscribers and increase their market share to generate more inventory for advertisers to buy,” John said.