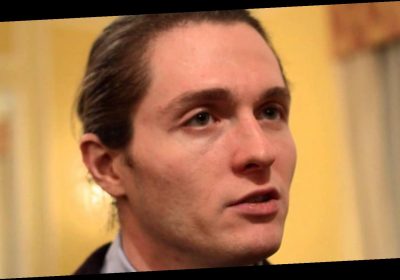 Amanda Knox became a household name in 2007 after her roommate was killed in their Italian apartment. Not only was Knox thrown behind bars, but her then-boyfriend Raffaele Sollecito was too. Eventually, their guilty verdicts were overturned, and he seems to have built a pretty nice life for himself in Milan, Italy.

Sollecito was sentenced to 25 years behind bars for the murder of Meredith Kercher. Knox was also found guilty in December 2009 and received a 26-year sentence. The convictions were overturned in 2011, but that wasn’t the end of it. Knox and Sollecito were retried and once again found guilty in 2013, then released for good in 2015.

“I was in jail for four years — six months in solitary and three and a half years in a maximum security prison. And today I do not feel completely free, I feel cooped up in a kind of house arrest,” Sollecito said of the experience as he rebuilt his life (via The Mirror).

The native Italian may have been cleared in court, but his association with Kercher’s murder and Knox’s notoriety followed him for years.

“Society still has a negative impression of me. I’m imprisoned by a society that will not let me lead a normal life,” he explained.

Raffaele Sollecito has worked to rebuild his life

Despite those challenges, Raffaele Sollecito refused to leave Italy and insisted he had no reason to feel ashamed, noted The Mirror. He started a job in the IT field for a firm located in Parma, and he launched an app named Suntickets.it. Sollecito tinkered with a few entrepreneurial projects from there. Bustle detailed that he co-wrote one book about his ordeal and planned another. He worked on creating a social media site and did some work for an Italian television channel.

In late 2019, Sollecito had exciting news to share with people. As The Sun detailed, he announced his engagement to Andreea Mihaela Burtea. According to the Italian publication Oggi, Burtea is from Romania and was 13 years younger than Sollecito. He was living in Milan and working as an engineer, and she reached out to him via social media after learning about the Meredith Kercher case.

Amanda Knox and Sollecito had only been together for five days prior to Kercher’s murder. However, they seemingly remained bonded through their experiences and continued to interact with one another on Twitter from time to time. He noted in his Instagram profile that he became a solutions architect and full stack engineer based in Milan and he called himself a “restless daydreamer.” He seems to have built a life that acknowledged his challenging past but also utilized both his engineering experience and entrepreneurial spirit in a quest to move forward and put those difficult times behind him.