Home » Celebrities » What Happens To Trumpism After Trump? This Isn’t Over

What Happens To Trumpism After Trump? This Isn’t Over 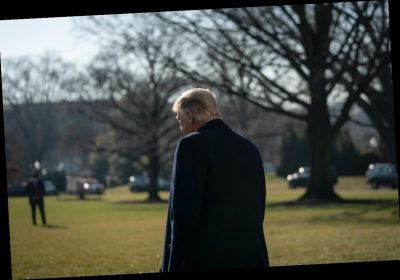 On Jan. 20, former President Donald Trump left Washington, D.C. to settle into his new home in Palm Beach, Florida, officially ending his volatile four-year term. While Trump is no longer in the White House, the country is still reckoning with his lingering ideologies. After all, over 74 million voters cast their ballots for him in the 2020 election, although President Joe Biden won the election. But with Trump out of office, should Americans still worry about “Trumpism," the far-right movement personified and espoused by the president, and its long-term effects on democracy? In short — yeah, definitely.

In many ways, Trump has played a critical role in radicalizing right-wing politics over the last four years. But experts agree Trumpism actually predates Trump. Melinda Kovacs, Ph.D., an associate professor of political science at Missouri Western State University who specializes in political discourse, says Trumpism is about uniting and amplifying a collection of far-right ideologies, with Trump as a high-profile figurehead. “[Trumpism] was already in place during the Obama years,” Kovacs says. “It just wasn’t emboldened.” She cites conservative extremism, a disdain for diversity and equality, and a strong sense of white nationalism as some of the core tenets of Trumpism. “It’s a way of looking at the United States and looking at its politics through the lens of entitlement, and frustrated entitlement.”

Kovacs characterizes American politics, and particularly the Republican Party, as being in the midst of an “identity crisis” thanks to Trumpism. “Once [Trump] became president,” she says, “everything that this ideological position stands for became the default setting for almost all of the Republican Party.” 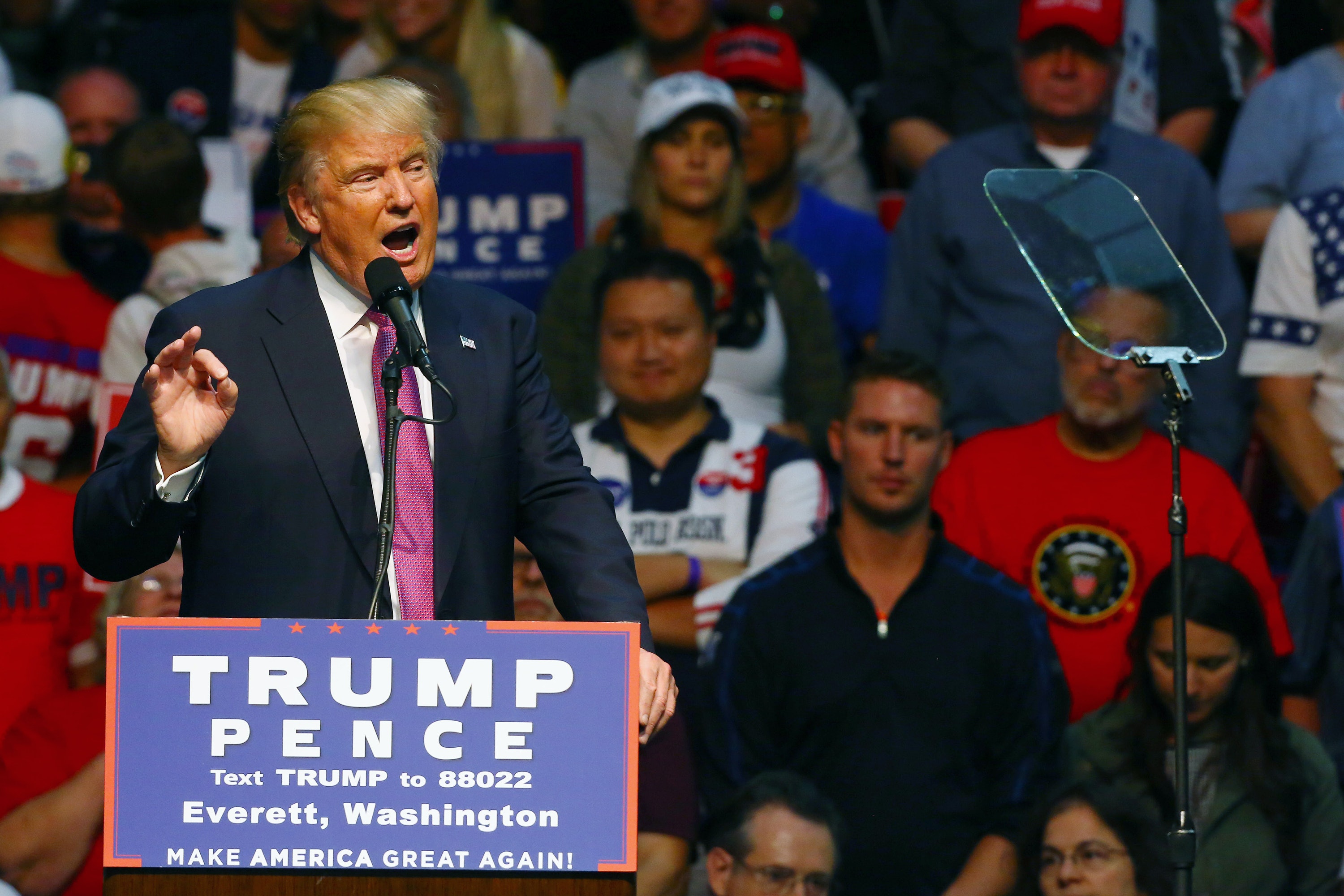 However, Steven Hassan, Ph.D., an expert on cults and the author of The Cult of Trump, suggests the Republican Party made its choice a long time ago. "There were powerful forces behind [the] elimination of [Trump’s] GOP contenders" in 2016, including far-right extremist groups, he explains. "There’s been this very powerful agenda that’s developed over decades with the Christian right." He adds that "it’s really about de-legitimizing science, experts, and government institutions," and "it’s being fueled to maximum effect to have conflict, to turn Americans against each other."

Hassan cites groups like the Council for National Policy (CNP), founded in 1981 and described by The New York Times as "a little-known club of a few hundred of the most powerful conservatives in the country." Per The Washington Post, CNP’s strategies reportedly include supporting voter suppression laws, amplifying election fraud conspiracy theories, and installing conservative loyalists in political and judicial positions. The CNP did not immediately respond to Elite Daily’s request for comment regarding their behind-the-scenes advocacy role and strategies.

After some initial skepticism of Trump for not being conservative enough, the CNP fell in line as soon as his nomination was confirmed. “His entire life, [Trump] has been operating out of a cult of personality, and demanding loyalty and obedience" from his followers, Hassan says, noting how this makes him the perfect mouthpiece for extremist ideologies — which the Republican Party has, for the most part, gone out of their way to embrace. Kovacs agrees Trumpism didn’t start, and won’t end, with the man himself. And as for those ideologies, she says, “Trump became not just a mouthpiece, but a bullhorn.”

Over the course of Trump’s campaign and presidency, far-right extremists have grown more active and more prominent. A 2019 study from political scientists at the University of North Texas and Texas A&M University showed a 226% rise in reported hate crimes between Jan. 1, 2016 and Dec. 31, 2016 in U.S. counties that hosted Trump rallies compared to those that did not. Additionally, from 2016 to 2018, researchers at the Southern Poverty Law Center (SPLC) documented “125 rallies, marches, and protests nationwide” that were “organized and attended by far-right extremists” — including white nationalist and white supremacist groups.

Kovacs ties Trumpism closely to white resentment and entitlement, specifically. “It is the ideology of the dominant order; it is the ideology of right-wing Caucasians in the United States, who have grown accustomed to having all the power and prestige. … They feel that is something being taken away from them," she says. "They see themselves as victims." 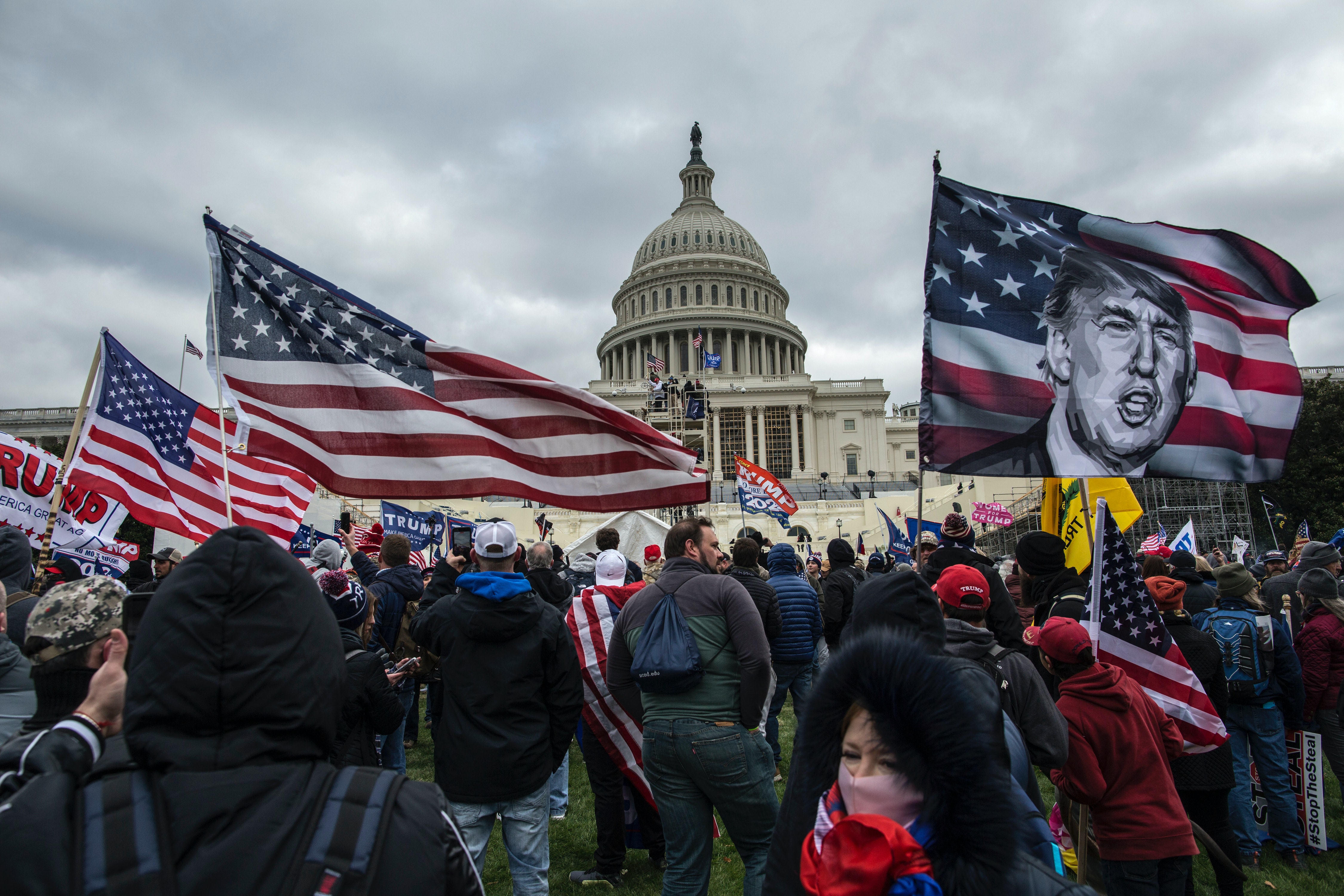 Hassan says the public is beginning to catch on. Trumpism, and the former president’s encouragement of it, was widely blamed for the Jan. 6 Capitol attack, in which a mob of Trump supporters stormed the U.S. Capitol building in an apparent last-ditch attempt to overturn President Joe Biden’s win in the November 2020 election. “What everyone is realizing after the insurrection is [American] government, our law enforcement, our media have been infiltrated by forces that are not democratic,” Hassan says.

Still, Trump allies are in no rush to disavow the former president’s ideology. After the attack was quelled and the congressional vote to certify the November 2020 election results was resumed, several Republican leaders, including Sen. Ted Cruz, Sen. Josh Hawley, and Rep. Marjorie Taylor Greene, still voted against certifying the election results. Hawley and Cruz have both defended their stances on the certification, and Taylor Greene filed articles of impeachment against Biden on his very first full day in office. Her attempts are unlikely to make it far in the Democrat-controlled House.

Matthew Feldman, Ph.D., director at the Center for Analysis of the Radical Right (CARR), says if far-right extremism is left unchecked, America could fall down a dark path. While he acknowledges “Trump is too much of a narcissist to be a fascist,” Feldman points out he doesn’t necessarily have to be a fascist to ultimately “open the door” to fascism in America — he just has to start a movement, and to some degree, he’s already done so. So, what can everyday individuals, especially young people, do to address the issues perpetuating Trumpism in their day to day lives? Kovacs sees grassroots organization as a key to fundamental change, and believes younger generations have the ability to abolish systems of oppression. “Get a bunch of young people on board [to] do what only young people can do, with that energy and that technological savvy,” she says. She points out that despite stereotypes about social media being for teens, the 74-year-old Trump was the “uncrowned king” of Twitter, and there’s potential for young people to beat him at his own game. “Create the youth movement that somehow has that burning passion in young people directed at institutional change,” she advises. “That’s the structural answer.”

Hassan recommends people educate themselves on how democratic processes, structural systems of oppression, and propaganda tactics work to be better equipped for independent thinking. “Mind control is like a mind virus that hacks people’s personalities and beliefs,” Hassan says. “We need to do preventative education. We need to cure people who have been affected, help them recover, and realize there are ways to discern ethical from unethical influences.”

“Trump may be gone, so [these extremist forces] may have lost their figurehead,” Hassan adds, "but Trumpism … will probably continue.”