What Marilyn Manson Really Looks Like Underneath All That Makeup 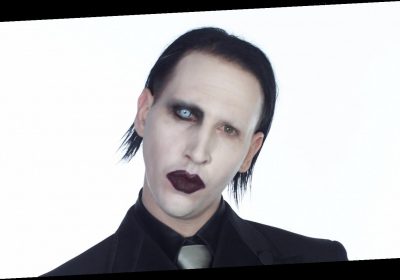 Marilyn Manson has been performing for most of his life. He and his band were thrust into the spotlight in the early 1990s after being signed by Trent Reznor, the frontman of Nine Inch Nails (via Revolver). Manson is known for a lot of things, including his dark, disturbing lyrics and the elaborate stage make-up he often wears.

“My mom used to put her wigs and lipstick on me when I was little. I have one weird picture of me as a toddler with an unlit cigarette in my mouth, wearing her blonde wig and a diaper, sitting on the couch. Wonder how I ended up here.”

So many of us are used to seeing Manson done up in some kind of way that it can be surprising to find a photograph of him without any make-up on at all.

Marilyn Manson looks like a totally different person without make-up

It turns out that Marilyn Manson basically looks like a totally different person without make-up on. In recent years, he’s acknowledged that he has both trimmed down his make-up routine and that people have no idea they’re around him if he’s not wearing anything on his face.

“Lately, I’ve mostly been wearing, I don’t know if I’d call it a more masculine version of makeup, but it’s less. Sometimes when I don’t wear lipstick I like the way that looks better, because it looks like I got beat up… Black eyeliner is something that always suited me because I shave my eyebrows and it brings out the strange shape of my head.”

He continues, “It gives you more of a palette to work with when you make it blank. People don’t recognize me if I’m not wearing makeup or if I grow a goatee or something. It affords me the ability to be more chameleon-like.”