What You Didn’t Know About The Bachelor’s Abigail Heringer 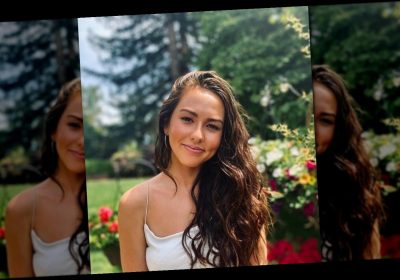 She’s a 25-year-old financial manager from Oregon, who loves to enjoy a local microbrew on a beautiful day in her hometown. According to Abigail Heringer’s ABC bio, the dark haired beauty has a hearing impairment, which she says doesn’t hold her back. The seemingly very positive contestant for The Bachelor Matt James’ heart is looking for a partner who will “lift her up.”

Interestingly, Abigail — who enjoys golfing with her grandparents — notes in her bio she doesn’t believe in love at first sight, but um, does Matt? After Monday night’s episode of The Bachelor, we aren’t sure! Because Abigail received the first impression rose on the premiere, during which James met all 32 ladies vying for his heart (via Page Six).

Upon meeting one another, Abigail told her possible future husband she is deaf, so she would be looking at his lips a lot, to read them. She also noted he had really beautiful lips! He promised to enunciate for her. And thus, perhaps a love story was born.

According to Today, James’ initial leading lady made history Monday by being the first hearing impaired contestant to appear on The Bachelor. Abigail admitted to the North Carolina native when they met that she “was born completely deaf.” The newly-minted reality star received a cochlear implant when she was a toddler.

“You’re gorgeous, and how honest and open you were,” the Bachelor told Abigail later during their one-on-one time. The insta-couple would next become the first to share a kiss on season 25 of the reality love show!

Incidentally, rose master Chris Harrison shared that Abigail was an early favorite on a video posted to Twitter introducing the women, noting, “This is an absolute gem of a woman, impossible not to fall in love with.” Meanwhile, from what we can glean from the first rose recipient’s Instagram, she enjoys activities with her friends like any 25-year-old. In one telling post, she shared a photo showing the moment she met James on night one, captioning the shot, “A night I’ll never forget.” Hmmm… could this mean something?