Home » Celebrities » Which famous 'nepo' children of celebrities succeed and who is cringe?

Which famous 'nepo' children of celebrities succeed and who is cringe? 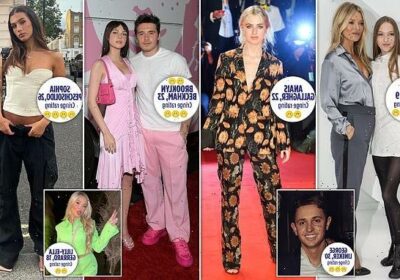 Here come the celebrity Nepo kids (That’s Nepo as in nepotism – the Twitter buzzword for the children of stars who wouldn’t be where they are without their parents. But who carries it off… and who just makes us cringe?)

They’re the beautiful young things carving out careers as celebrities, influencers or aspiring tycoons – all with a leg-up from their famous mums and dads.

Now social media has coined a new phrase for this old phenomenon, describing would-be A-listers getting a boost from nepotism as ‘nepo babies’.

Ever judgmental, internet users like to criticise the young wannabes who flaunt their family connections in a cringeworthy way, in contrast to those children of celebrities who display genuine talent – as well as some humility about their privileged background.

Here is our guide to some of Britain’s leading ‘nepo babies’ and to whether they are succeeding at celebrity life – or are just an embarrassment. 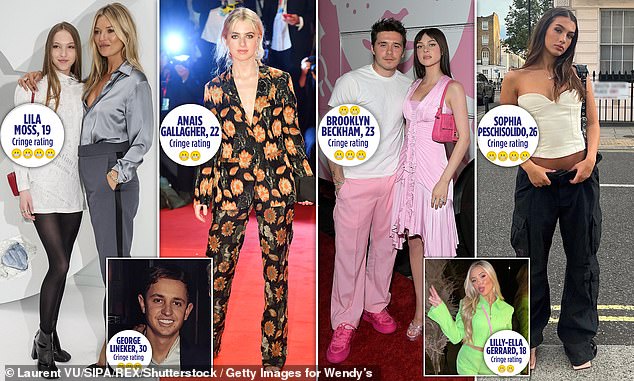 Gemma Owen: Horsewoman and Love Islander trots all the way to the bank

It helps to be the daughter of ex-England act Michael Owen, a contestant on Love Island (alongside fellow nepo baby Jack Keating, son of Boyzone singer Ronan) and a hit Instagrammer with 2.1million followers. She regularly posts pictures of herself in skimpy outfits, some from her own swimwear brand OG.

She hooked up with fishmonger Luca Bish on Love Island and last week he asked her to be his girlfriend with a £6,500 Cartier bracelet, despite them deriding such big gestures while on the show. 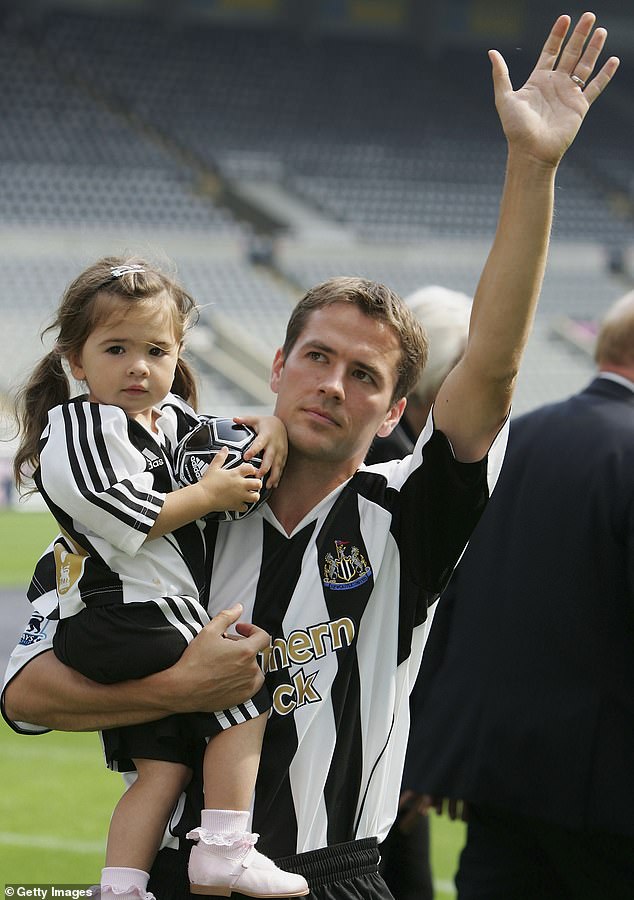 Father and daughter: Gemma Owen has signed a six-figure deal with Pretty Little Thing. She is daughter of ex-England player Michael Owen (pictured together in 2005)

Eight years ago a newspaper asked if Gary Lineker’s son – previously best known for falling out of nightclubs with glamour models and Big Brother contestants – could be the next Simon Cowell.

The answer was a resounding ‘no’ when his website for aspiring singers to upload footage of themselves performing later went bust. Now 30, he runs a less glamorous firm, Your Business Number, which adds an extra line to your mobile phone. 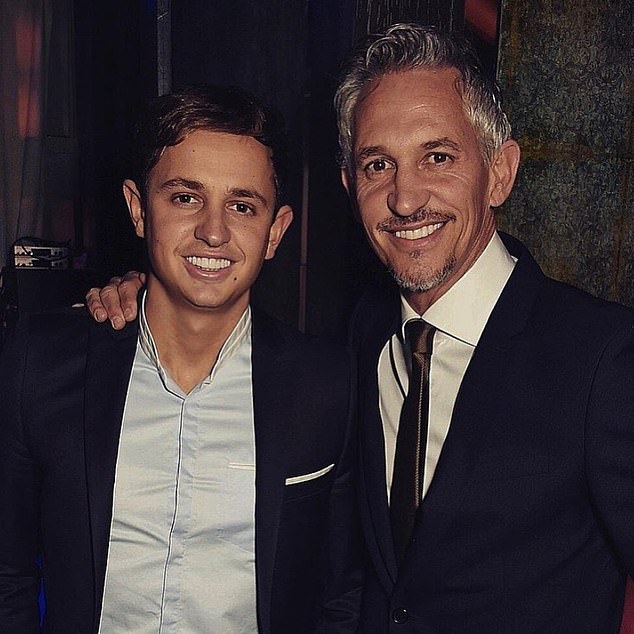 The next Simon Cowell? George Lineker’s website for aspiring singers went bust and he now runs Your Business Number, which adds an extra line to your mobile phone

Tilly Ramsay’s career is built on being the daughter of sweary chef Gordon Ramsay, starting with a CBBC show based around her cooking for her family.

If nepotism did help her land a place on Strictly last year, she won over fans in her own right and stayed in the show for eight weeks. Now 20, she is being inundated with big-money deals to endorse products. 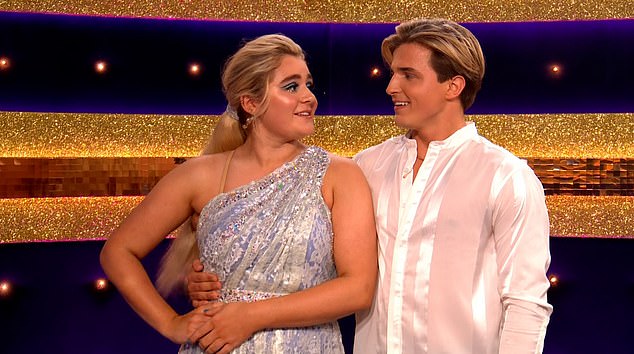 Lila Moss: The very model of a self-made woman?

Model Lila Moss landed her first Vogue cover in May, aged 19, wearing an odd bonnet that made her look like a flower. Speaking to the magazine last week, mum Kate Moss insisted she got there on her own merits. Or maybe credit should go to Lila’s agent… Kate Moss Talent. Lila has been modelling since she was 16, making her catwalk debut for mum’s pal Marc Jacobs. 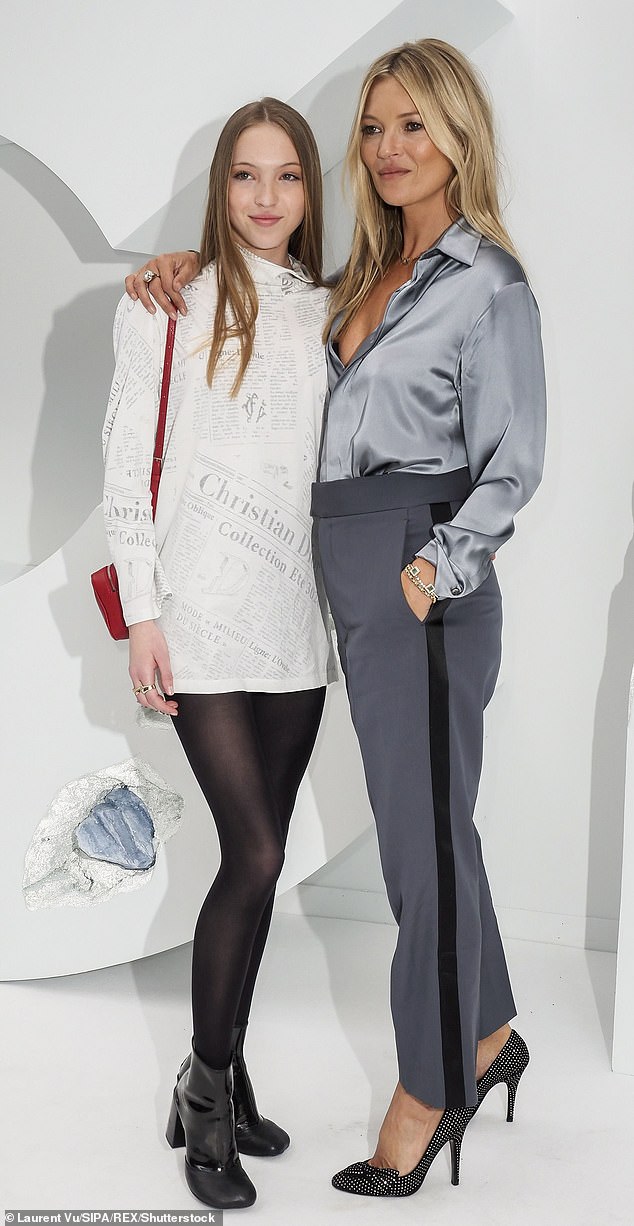 Like every photography graduate, Noel Gallagher and Meg Matthews’ daughter Anais struggled to get into the industry. But last year Coca-Cola gave her the enviable job of shooting a campaign with fellow nepo baby Roman Kemp, son of Spandau Ballet’s Martin Kemp.

Anais, 22, is also keen on posting photos of herself in skimpy bikinis on Instagram. 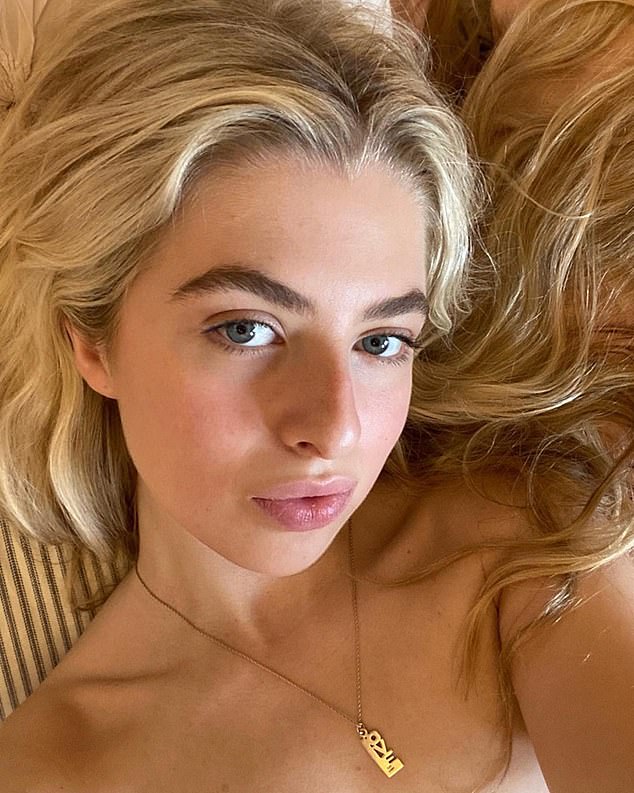 Like every photography graduate, Noel Gallagher and Meg Matthews’ daughter Anais struggled to get into the industry

At 23, Brooklyn Beckham has had almost as many ‘careers’ as dad David has England caps. The photographer-turned-chef now makes money by promoting products to his 14 million social media followers, but last week made fans wince when he posed in pink trousers and trainers to promote Wendy’s burger chain.

Brooklyn has also recently been boasting about his £1 million McLaren supercar. 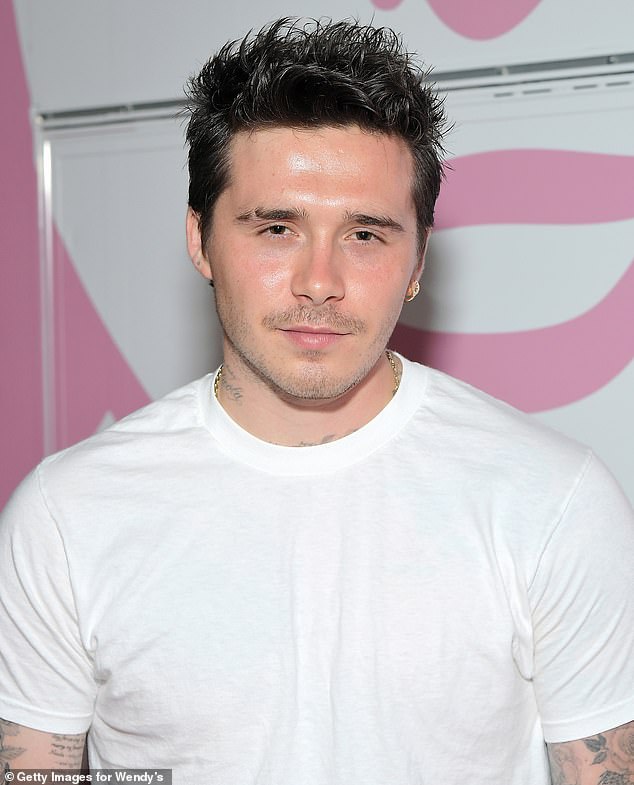 The child of Apprentice star Karren Brady and ex-footballer Paul Peschisolido, Sophia’s first job was with mum’s former pal Philip Green as a publicist for Topshop. But she ditched it to become an influencer and socialite. When not in Ibiza or Dubai, she lives in Chelsea. And don’t we know about it! 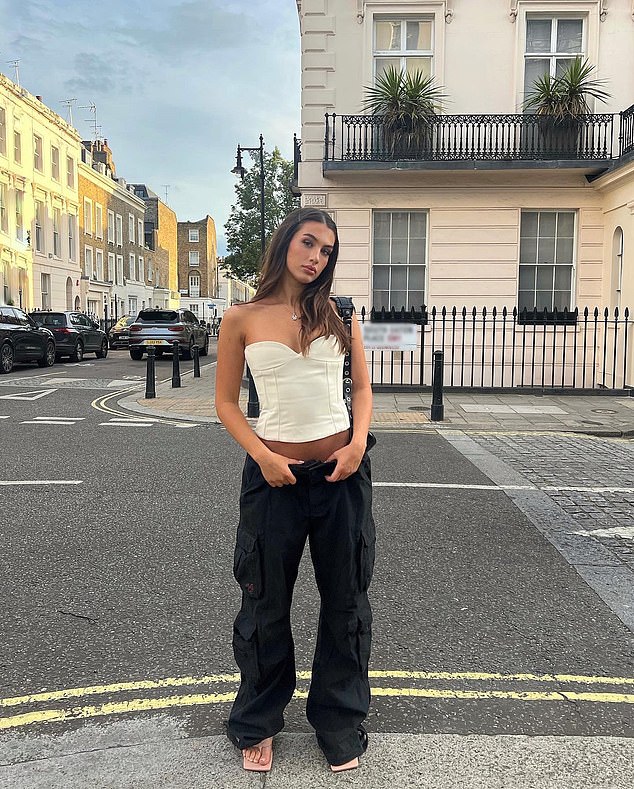 Influencer and socialite: The child of Apprentice star Karren Brady and ex-footballer Paul Peschisolido, Sophia’s first job was with mum’s former pal Philip Green as a publicist for Topshop

At 18, the jet-setting daughter of footballer Stephen Gerrard is a prolific influencer. Always dressed in designer clothes, she brims with so much happiness in every photograph that it’s hard not to enjoy following her. 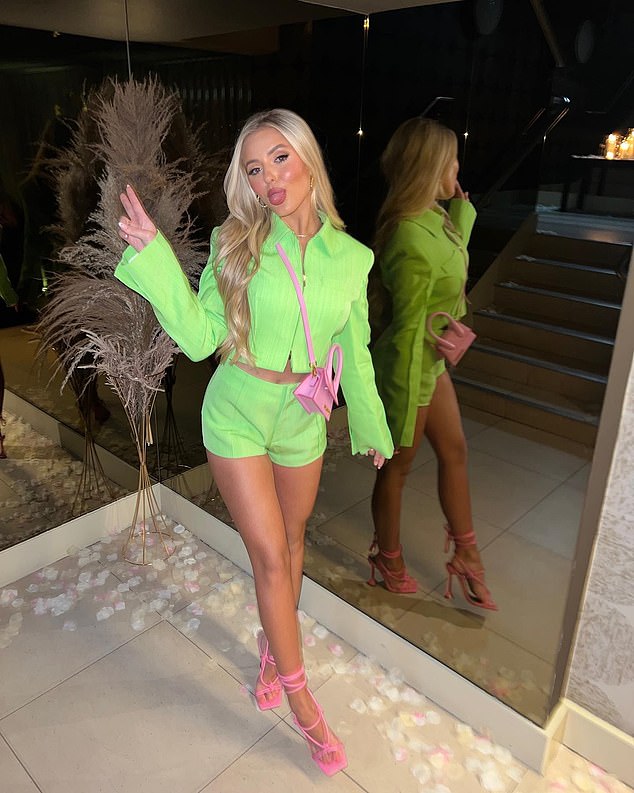 Influencer you can actually like: Lilly-Ella Gerrard, daughter of Stephen Gerrard, is a prolific influencer and is always dressed in designer clothes

Mia Threapleton: Trying not to use a famous name

The daughter of Kate Winslet and director Jim Threapleton got her first acting credit alongside mum in 2014 film A Little Chaos, and will next year star with her again in Channel 4 drama, I Am.

But the 21-year-old appears to be serious about her thespian career and Kate insists Mia tried to stay under the radar by using her dad’s surname. 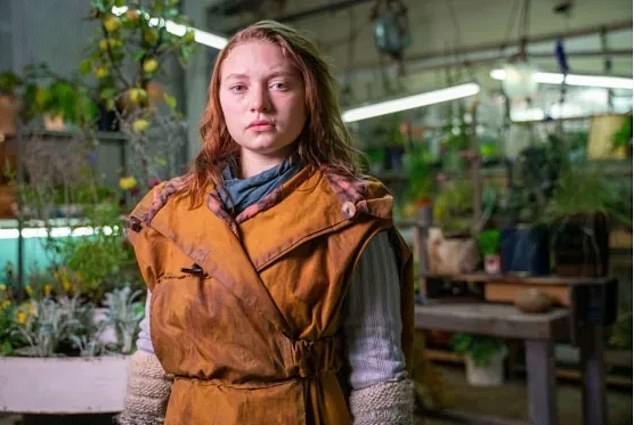 Trying not to use a famous name: Mia Threapleton, daughter of Kate Winslet and director Jim Threapleton, pictured here in the film ‘Shadows’

Junior Andre: Reality TV was always in his genes

The son of professional reality TV stars Peter Andre and Katie Price, Junior, 17, is an aspiring pop star. In June his first single Slide hit the dizzying heights of No 72 in the charts, despite his best attempts to promote it on TikTok.

He is also about to be on a new fly-on-the-wall show with his dad, stepmother and younger sister Princess. Apparently, he is more like dad than his chaotic mum. 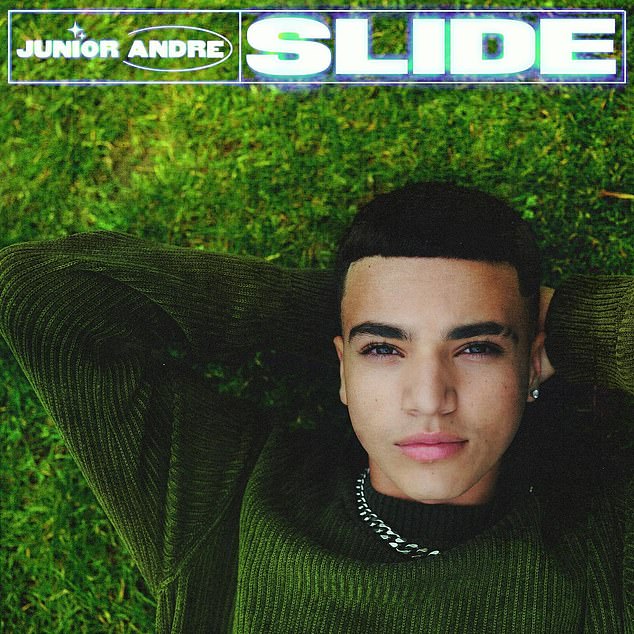