Home » Who Is Photon? Monica Rambeau From ‘WandaVision’ Is A Marvel Comics Hero

WandaVision has already introduced some major powerhouses to the Marvel Cinematic Universe, but its latest reveal could have brought in one of the strongest superheroes yet. Spoiler alert: This post contains spoilers for WandaVision Episode 7, "Breaking the Fourth Wall." Before unmasking the show’s major villain, the latest episode also teased the arrival of a new hero. A glimpse of Monica Rambeau’s powers may have fans wondering: Who is Photon in WandaVision, and how will she impact the future of the Marvel movies? The character is a pretty big deal in the comics, so expect to see a lot more of her in Phase 4.

The moment Marvel fans have been waiting two years for finally arrived in Episode 7 of WandaVision. Monica Rambeau was first introduced as the 11-year-old daughter of Carol Danvers’ best friend Maria Rambeau in 2019’s Captain Marvel. Although she was just a kid in that movie, her name carries a ton of weight in the Marvel fandom, and everyone familiar with the comics knew it would only be a matter of time before she gained her superpowers. That big reveal finally came in WandaVision — after multiple passes through Wanda’s reality-altering hex, Monica’s molecular structure changed to the point where she developed energy manipulation powers, as shown in her glowing blue eyes during a brief standoff against Wanda.

Monica has had several superhero names in the Marvel Comics, but given the current state of the MCU, it seems like she will become Photon by the end of WandaVision. The hero Photon has the ability to control all forms of energy, even able to transform her body into an energy form that’s lightning-fast and intangible. 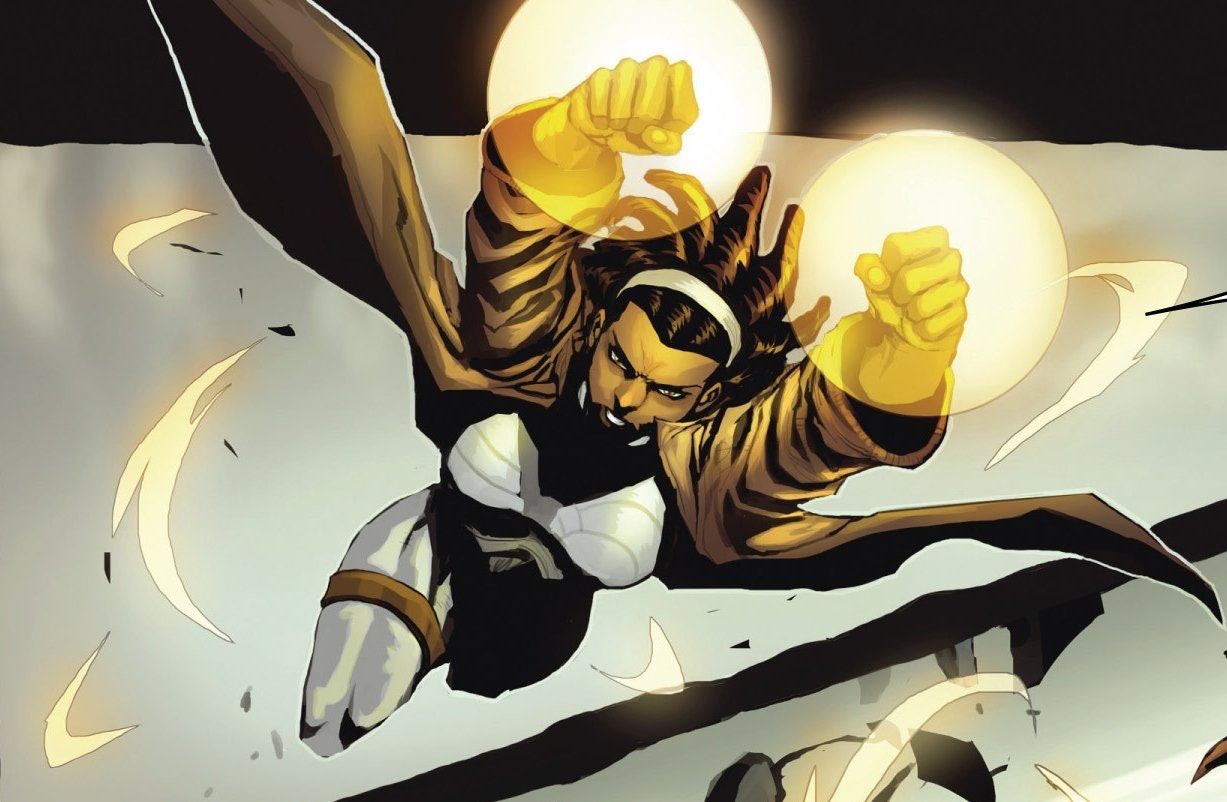 Because of her incredible powers, Photon was one of the most important Avengers in the comics, even leading the superhero team for a while. She also assumed the name of Captain Marvel for quite some time, although since Carol Danvers is still operating as Captain Marvel in the MCU, it’s unlikely that Monica will use the moniker unless Carol decides to pass it down to her at some point down the line. Monica has also used the names Pulsar and Spectrum in various appearances, but Photon was her earliest and longest-running alias aside from Captain Marvel.

Since Photon has such a prominent place among the Avengers in the comics, it’s very likely she’ll be a big part of Marvel’s Phase 4. Look for Monica to discover the full extent of her powers as the final episodes of WandaVision air Fridays on Disney+.