Home » Celebrities » Who Went Home On ‘Bachelor In Paradise’ Week 2? There Were A Few Surprises

Who Went Home On ‘Bachelor In Paradise’ Week 2? There Were A Few Surprises The women were in control of roses on Bachelor in Paradise this week, meaning the men were at risk of getting eliminated from the beach. After a violent confrontation resulted in two of the men being removed from the competition, who went home on Week 2 of Bachelor in Paradise? Jordan Kimball and Christian Estrada were eliminated for physically fighting with each other, while Onyeka Ehie chose not to give out a rose and sent herself home. Cam Ayala, Kevin Fortenberry, and Wills Reid also didn’t receive their own roses.

It was definitely a rough week in Paradise for anyone without a solid connection on the beach. Although Hannah Godwin was torn between Dylan Barbour and Blake Horstmann, viewers simultaneously cringed and cried at other contestants’ struggles in nabbing the attention of just one person. After her Week 1 attempt at romance with John Paul Jones seemed to segue into friendship, Onyeka set her eyes on new arrival Mike Johnson, who then asked Caelynn Miller-Keyes out on a date. Girl, been there, done that. Watching a friend go out with someone you like is never fun, so it’s understandable that Onyeka didn’t feel like sticking around for more of these potential scenarios. "I just feel like I’ve been passed by by every person here," she said before her exit. "I wish someone would make me feel that special."

As for the gents, several of them crashed and burned when it came to finding love. After his early exit on Season 5 of Bachelor in Paradise, Wills took Katie Morton aside this week to essentially confirm he was all in for a relationship with her. She tearfully admitted that at that stage, "it’s not going to be between" her and Wills. She then ran to franchise vet Chris Bukowski for comfort about turning someone down, so at least she felt bad about ending a guy’s chance at scoring more Instagram ad deals. 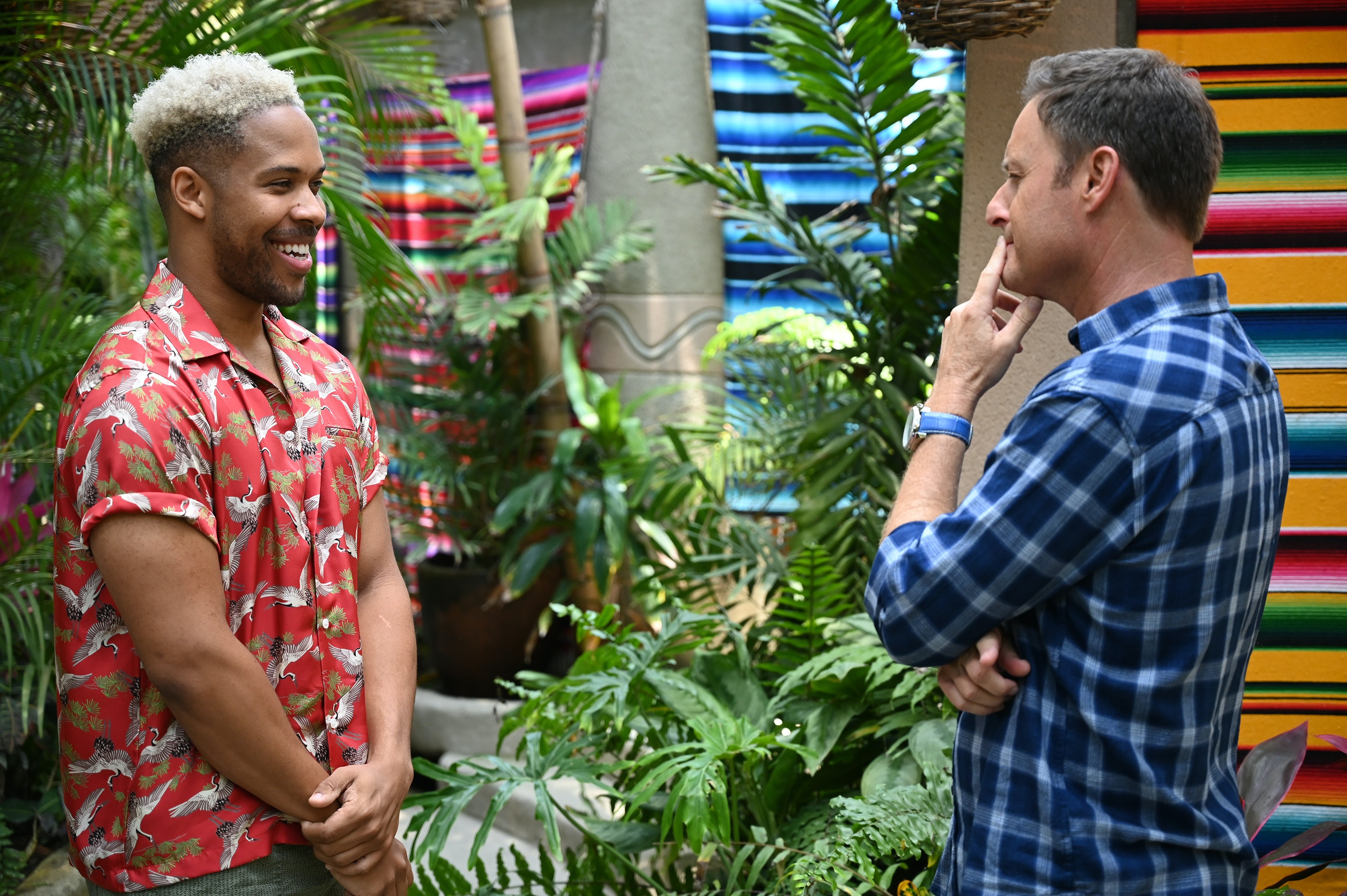 Cam also found himself in a strange love triangle when Mike entered the show and swept away Caelynn. ICYMI, Cam had beef with Mike on Hannah’s season of The Bachelorette, because the latter accused him of trying to score a "pity rose" from Hannah Brown. The fact that the woman Cam was interested in went out with Mike didn’t sit well with him, and things only worsened for him when Caelynn later went out with Dean Unglert. Rather than trying to find another connection, Cam resorted to long, solo walks along the beach, so it’s no wonder he didn’t score a rose.

Having given a rose to Sydney Lotuaco in Week 1, Kevin was also left in the dust this week as she gave a rose to Mike. His quiet elimination was definitely overshadowed by Jordan and Christian’s sudden altercation, which began after Jordan tried to rip down a pinata Christian made for Nicole Lopez-Alvar. Following security’s intervention and producers’ deliberation, both men were removed from the show. leaving Clay Harbor as Nicole’s sole suitor. "There’s no way the rest of us are gonna feel safe with those two around," Katie told cameras after the exit. "They’re out of control."

While the fight didn’t warrant a production shutdown like the cast feared, eliminations were inevitable, and even after an unexpected exit, other men were ultimately unlucky in love this week. Season 6 of Bachelor in Paradise continues at 8 p.m. ET on Tuesday, Aug. 20, on ABC.