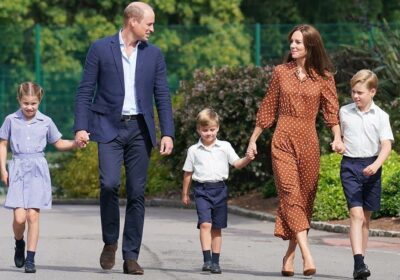 There has been a lot of change in the royal family since the Queen’s death but the Prince of Wales has revealed he is trying to maintain a sense of “normality” for his three children.

On Sunday, while out on a walkabout with The Princess of Wales, his brother Prince Harry and Meghan Markle, William revealed Prince George, Princess Charlotte and Prince Louis are still going to their new school despite the Queen‘s sudden death.

Kate, William and the kids had just moved their lives from London to Windsor, with the children starting at Lambrook School shortly before Her Majesty died aged 96 at Balmoral.

Despite the ongoing changes, the Prince of Wales explained how he and Kate were keen for the children to have as much “continuity” and “normality” in their lives as possible.

School teacher Elaine Gee, from Woking, told PEOPLE of their conversation: “Prince William spoke about George, Charlotte and Louis, saying that they were trying to keep some sense of continuity for them at school and keep things as normal as possible.”

She added: “Kate and William were both very kind and gentle and genuine. It was very special – definitely a moment I will always treasure.”

Everyone spoke of their delight in seeing the ‘fab four’ reunited in Windsor over the weekend. 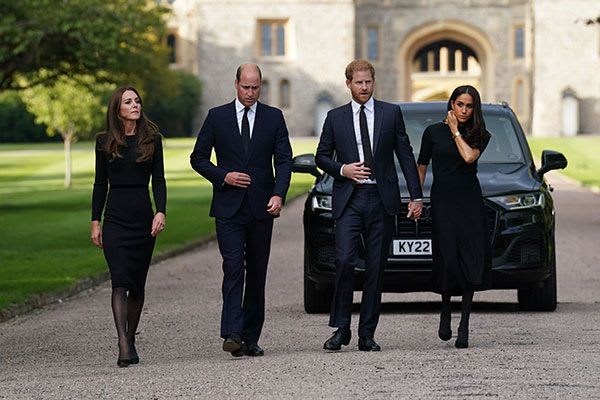 The ‘fab four’ were reunited over the weekend

The Princess of Wales also told mourners outside Windsor Castle about the moment her son Louis consoled her over the Queen’s death.

“Louis said at least Grannie is with great grandpa now,” Kate was overheard saying, according to one onlooker outside Windsor Castle.

In other royal news, it is thought in time Kate and William, both 40, will move into Windsor Castle with their three children.