Home » Celebrities » Will Canada pay for the Duke & Duchess of Sussex’s security?

Will Canada pay for the Duke & Duchess of Sussex’s security? 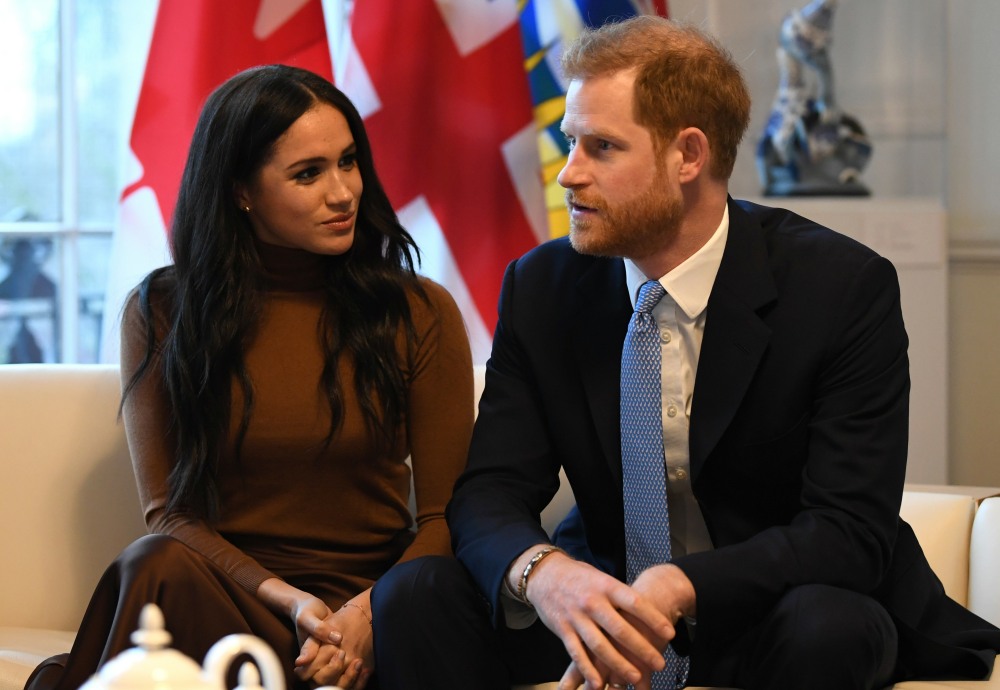 Katie Nicholl at Vanity Fair has another exclusive about Sussexit, but she didn’t actually have any new information beyond “Sources close to the Sussexes say the couple had already made up their minds about their future before the so called Sandringham Summit.” Nicholl quotes from one of Harry’s unnamed friends: “They want to press ahead with becoming independent, living abroad and building their own brand.” The Queen reportedly hoped to convince Harry to reconsider, but Harry stuck to his guns. Nicholl is also still pushing the idea that the Queen was absolutely SHOCKED by the Sussexit announcement and I’m still like… please, don’t. Harry tried to do it the right way and tried to set up meetings with the Queen and Prince Charles last year, but he was given the run-around and Kensington Palace leaks like a sieve, so here we are.

It is not expected that Harry will meet face-to-face with the Queen, Charles or William beyond Monday’s “summit of heirs.” After the summit, the meetings are happening between representatives of various palaces and royal households. According to the Daily Mail, the meetings are now between “Sir Edward Young for the Queen, Clive Alderton for Charles, Simon Case for William and Fiona Mcilwham for Harry.” Those are the meetings where various subjects will be decided, from royal titles to HRHs to when (or if) the Sussexes will return to the UK, and yes, security costs. If the Sussexes make their permanent base in Canada – which is what all signs point to – then who picks up the security costs, Canada or the British government, or both? Justin Trudeau spoke about it yesterday:

Prime Minister Justin Trudeau says there are still a lot of discussions to be had about who will cover security costs while Prince Harry and his wife Meghan Markle are living in Canada. Trudeau says the federal government has not been involved “up until this point” about what having Harry, Meghan and their son Archie, in Canada will look like.

“There are still a lot of decisions to be taken by the Royal Family, by the Sussexes themselves as to what level of engagement they choose to have,” Trudeau said. “We are obviously supportive of their reflections but have responsibilities in that as well. We’re not entirely sure what the final decisions will be.”

Security experts have raised concerns that the Sussexes’ move could be costly to Canadian taxpayers. Traditionally Canada covers police costs associated with the couple when they are travelling on official business, but a more permanent move is potentially a different issue.

“I think most Canadians are very supportive of having royals be here, but how that looks and what kind of costs are involved, there are still lots of discussions to have,” Trudeau said. “There is a general feeling of appreciation for the Sussexes.”

I don’t know what to say here? If I was a Canadian citizen, I would take issue with the idea of paying security costs for the Sussexes. But alas, I am an American, and my tax dollars are going towards the insane security costs for protecting Donny Smallhands, Complicit Ivanka and g–damn Kelly Conway. When you look at it that way, I would much rather be paying for the Sussexes than the Trumps, especially since… I feel like the Sussexes will always be the high-profile targets of a lot of unhinged people and racists.

For what it’s worth, the Times of London is making a big deal about how the Sussexes, on their SussexRoyal website, deleted the claim that they are designated “internationally protected people,” which is probably an opening for Canada and the UK to share security costs, but it won’t be the kind of high-level security which is given to the direct heirs, you know?

The Duchess of Sussex will attend @OneYoungWorld opening ceremony this evening to continue her support for this amazing collective of global youth ambassadors. Her Royal Highness was a counsellor for OYW in Dublin in 2014 as well as in Ottawa in 2016. This evening she again joins world leaders and activists to celebrate the youth of today as they tackle some of the world’s greatest problems. She is proud to attend as Vice President of The Queens Commonwealth Trust and to continue her long-standing commitment to this very important summit. Later this week The Duchess will hold a round table discussion with several of the OYW young leaders to address the issue of gender equity worldwide, and how we can all play our part to reach equality for all. Ahead of the opening ceremony tonight, we take a look back at some photos and moments from HRH attending One Young World in the past. Stay tuned for highlights from tonight’s event! #OYW2019 Photo ©SussexRoyal Video: One Young World