Will Young has detailed his drink driving arrest at the age of 18.

The Pop Idol star, 41, shared the story in his new tome, To be a Gay Man, about how he was arrested as a teen while drink-driving to a kebab shop in a bid to avoid having ‘straight sex’ with his girlfriend at the time.

After leaving a club and driving the wrong way down a one-way street, he was pulled over by police and despite the horror of the scenario, he confessed he was ‘relieved’ that he did not have to sleep with the girl in the flat. 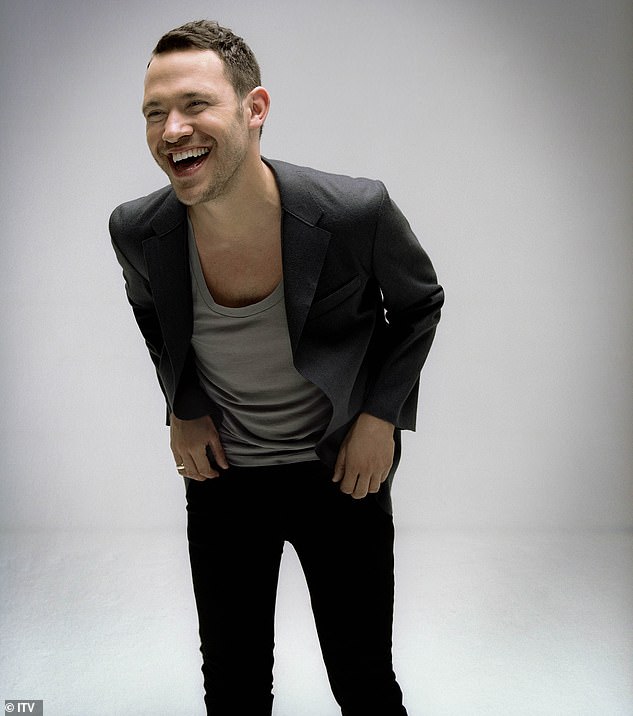 Open and honest: Will Young has detailed his drink driving arrest at the age of 18 (pictured in 2009)

Will’s book, which was released earlier this month, chronicles his experiences with ‘gay shame’ and battling to come to terms with his sexuality.

Having spoken earlier about performing sex acts on trains, he also explained the complexities of his arrest and the reasons behind the incident.

Will wrote: ‘Ever more confused, I ended up rekindling a relationship with an old girlfriend. I have to admit, I hadn’t been nice to the poor girl, previously dumping her by ignoring her calls, and later seeing her at a party and telling her to ‘cheer up!’.

‘I have no idea why she wanted to go out with me again, but she did. I invited her to meet with a plan that we would go out and get p***ed, and I could perhaps give the ‘straight thing’ one more go. Maybe there was even a s**g to be had. 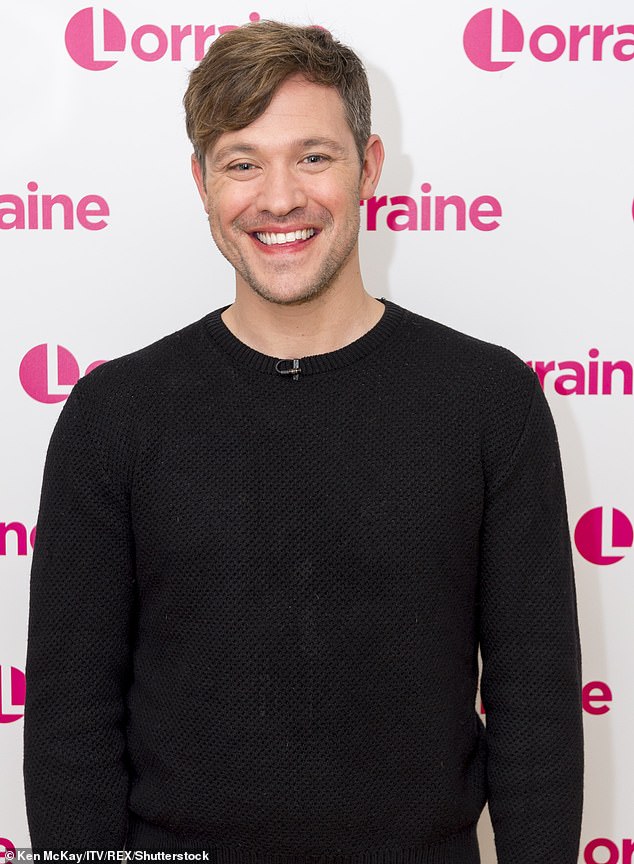 Candid: The Pop Idol star, 41, shared the story in his new tome, To be a Gay Man, about how he was arrested as a teen after driving to a kebab shop in a bid to avoid having ‘straight sex’ with his girlfriend at the time

‘The two of us ended up snogging in a club, but by the time we got back to my place, the nerves were kicking in, and I decided that I didn’t really want to take things any further.

‘So, instead of the anticipated sex, I made an alternative suggestion. ‘Why don’t we have a kebab?’ I said, thinking that was a good way to delay things. ‘A kebab?’ ‘Yes, let’s have a kebab!’

In his avoidance of the potential romance, Will went on: ‘The kebab van was literally one street over, but for some reason, I decided to drive to it. The wrong way down a one-way street. Going the right way up the street, meanwhile, was a police car. 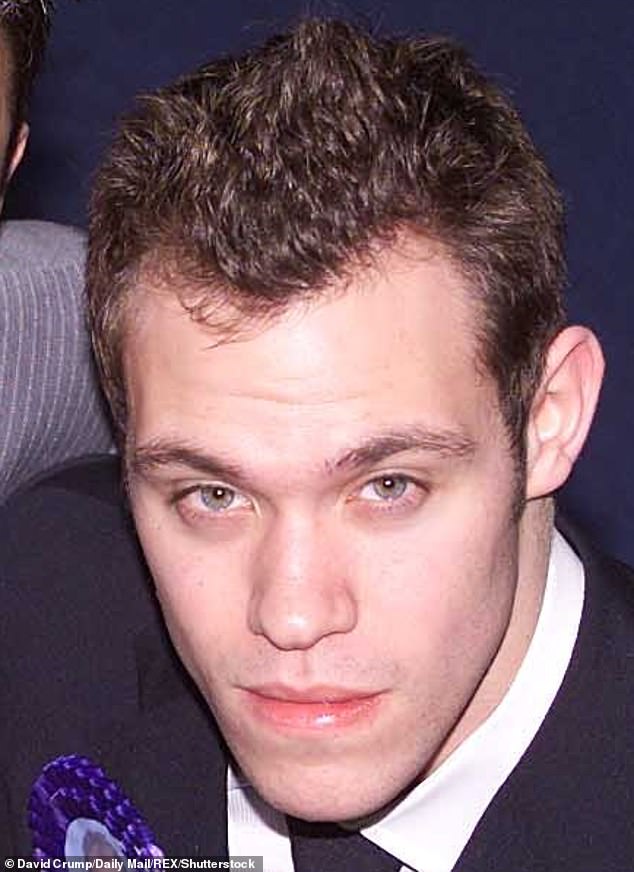 Pop Idol: He shot to fame almost two decades ago, when he was crowned the victor over runner-up Gareth Gates during the inaugural season of Pop Idol in 2002 (pictured aged 23, while promoting the show)

‘Of course, the policemen stopped me and asked had I been drinking. I said I had not. Unfortunately, when they asked me to get out of the car, I fell directly onto the ground, unable to stand, and was promptly arrested.

‘My overriding thought as I was taken away was one of relief that I wasn’t going to have to have sex with the poor girl, who was back at the flat, waiting for her kebab.

‘As it turned out, the policemen were very nice. They kept calling me Jarvis (Cocker) because of the vintage suede jacket I was wearing, while I went on and on, telling them how I was going to be a famous pop star. I also asked for a cell with a view. 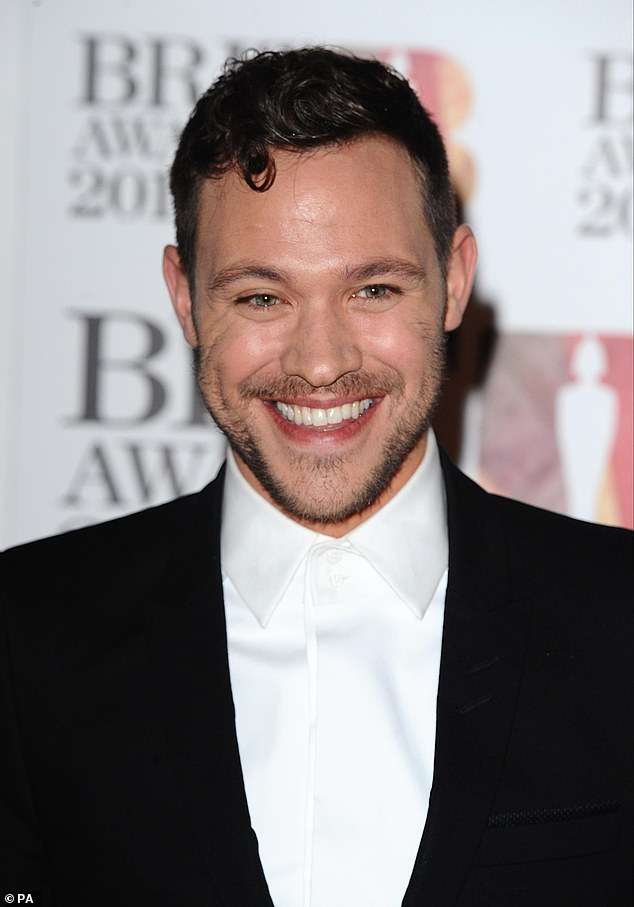 Tough times: Will’s book, which was released earlier this month, chronicles his experiences with ‘gay shame’ and battling to come to terms with his sexuality (pictured in 2011)

‘I ended up losing my licence for 18 months, but being arrested did get me out of having sex with my old girlfriend, so it wasn’t an entirely lose-lose situation.’

Earlier this month, Will spoke candidly about the ‘internalised shame’ he felt about being gay while growing up. The singer appeared on Channel 4 show Sunday Brunch and admitted the last decade has seen him confront feelings about his sexuality.

He admitted he only discovered he felt ‘gay shame’ at the age of 32. 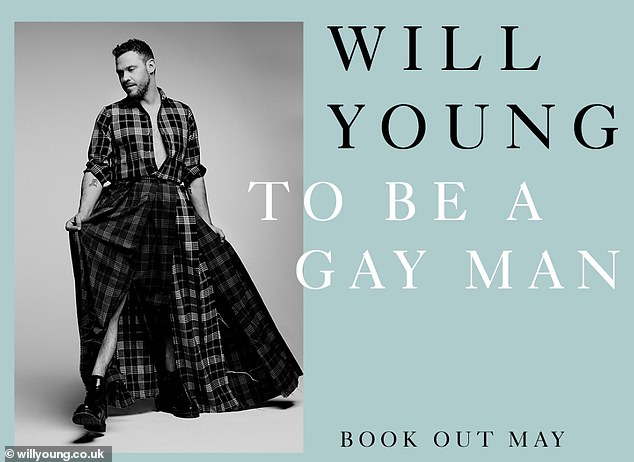 Release: Writing in his tome To Be A Gay Man, Will, 41, detailed his ‘gay shame’

He said: ‘I was doing this podcast, it was an LGBT podcast, and a lot of gay shame came up a lot. Gay shame is a particular thing when if you are growing up feeling like you are wrong in society…

‘All the messages that you are getting from movies, TV, I mean this is like back in the day, so much better now, is that you are defunct and you are wrong.

‘It creates this awful, internalised shame and it starts from when you are really young and its a topic that is quite under-explored.’