Home » XXXTentacion's Estate Will Sell His Unreleased Songs as NFTs 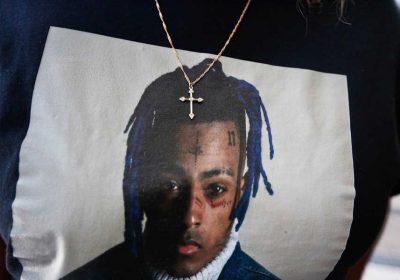 It’s been nearly three years since XXXTentacion was shot to death in Florida at the age of 20 — but his team is keen to keep his legacy alive. Next week, the controversial rapper’s estate will release a series of non-fungible tokens (NFTs) containing tracks that have never been commercially released, as well as never-before-seen footage from his only tour, Rolling Stone has learned.

To orchestrate the drop, XXXTentacion’s manager Solomon “Sounds” Sobande and his estate, run by his mother Cleopatra Bernard, teamed up with blockchain-centric company YellowHeart, which also handled the Kings of Leon NFTs earlier this year. They enlisted Stephen Bliss, the artist behind XXXTentacion’s favorite game, Grand Theft Auto, to create unique art for the tokens.

Ryan Tedder on NFTs: 'I'm Doing the Exact Opposite of What I've Done My Entire Career'

4 Ways Venue Owners Can Connect With Audiences During the Pandemic

YellowHeart declined to provide previews, price points, or details of the NFTs. But the company confirms that the sale will start — in tandem with the launch of YellowHeart’s in-house online marketplace — on May 10th at 12 p.m. ET and end on May 15th at at 12 p.m. ET. “We want this to be a surprise,” YellowHeart founder and CEO Josh Katz tells Rolling Stone. “There should be a reveal when it opens, as to what exactly it is.”

Not everything about this drop is cloaked in secrecy, though: Without revealing titles, Sobande tells Rolling Stone that five songs are involved in the NFT drop. “Although they were all big on SoundCloud, we never had the opportunity to monetize them or bring them off platform,” he says, adding that he surveyed “a bunch” of super fans to decide on the final five. “Some of these songs aren’t even on his SoundCloud page anymore. There are just the remnants of them being reposted. These were the songs that built his career and led up to the explosion he had.”

While the booming NFT market has seen some artworks featuring late celebrities, YellowHeart says no musician’s estate has ever released posthumous music on an NFT. “This jumped out at me as an important project,” Katz says. “He had a mom who provided everything for him — food, money, shoes, clothing, a good school, and a home — but he was so deep in his art that he went out of his way to go live on the streets, get into fight clubs, and do all the things he thought made him legitimately real as an artist.” That approach, he says, fostered a new level of fandom. Katz describes XXXTentacion as a “genius” who brought music to people “who lived for this guy.”

XXXTentacion, real name Jahseh Dwayne Onfroy, went on his first and only tour (“The Revenge Tour”) in 2017. Because he was still on the rise, then, professional crews and official footage were absent from the shows. Katz believes next week’s NFTs, which include candid videos and images taken by Sobande and other team members and friends, capture the nuances of a moment in hyperdrive. The executive — who had worked at Jive Records when Tupac was on the roster and at Arista when Biggie died — calls XXXTentacion’s climb an “essential part” of hip-hop history that “never really had an [appropriate] outlet, technology wise.”

But the late rapper is also infamous for the criticism shrouding him: He was awaiting trial for a 2016 domestic abuse case when he died in 2018, and Spotify had pulled his music from playlists for a brief period under its “hateful conduct” artist behavior policy. (Spotify ultimately rescinded the policy, following backlash.) When asked if YellowHeart expects pushback on the posthumous NFT projects, Katz says he discussed the matter with XXXTentacion’s team, who told him they are now “super close” with Geneva Ayala, the ex-girlfriend who accused him of abuse.

“I firmly believe in the project, I feel drawn to it, and I think it’s important,” Katz says, adding that he wants to focus on music, “not anything negative,” and that YellowHeart thinks of itself as a delivery platform for artists and fans. “There are tens of millions of fans that want what we’re about to give them,” he says, referring to XXXTentacion’s 19 million Instagram followers. “That’s what excites me more than anything.” While Katz says he prioritized affordability, he declined to share exact figures. To make NFTs accessible for a broader group, YellowHeart’s marketplace will be one of the first to accept both crypto payments and standard credit cards. He sees this drop as a harbinger representing NFTs’ broader potential for music: “Hopefully, by us putting out the most quality, deeply thought-out, intrinsic, creative content that fans really want, we can really show why this tech is important,” he says before emphasizing that “widespread adoption” is YellowHeart’s number one goal at the moment.

Sobande, who also works in A&R at Capitol Records, says multiple companies approached him with ideas for XXXTentacion NFTs earlier this year, but Katz’s collaborative communication, and expertise in music and crypto, swayed him. The two teams worked together to turn “things that might have been undervalued over the course of [XXXTentacion’s] career” into special products for devoted fans, he says. Sobande, who also believes NFTs will continue to increase in value over time, adds that he’s determined to keep boosting the rapper’s legacy in front of new generations via emerging platforms.

As part of the drop, YellowHeart is donating a portion of its cut of the proceeds to the XXXFoundation, a nonprofit Sobande and Bernard started after XXXTentacion passed, and to a number of organizations that help women dealing with domestic abuse. “This guy was super giving,” Katz says. “He’d give people massive tips at restaurants. He’d give people all of his cash. He was building a school in Jamaica.” (XXXTentacion also started the “Helping Hand Challenge,” an initiative that provided children in foster care and group homes with clean clothes, food, laptops, and other resources, which partly inspired Sobande and Bernard to launch the XXXFoundation.)

Would XXXTentacion be into NFTs if he were alive today? “X was all about going straight to his consumers and fans,” says Sobande. “He would’ve went in depth to do something new, cool, and customized. I’m sure he would’ve made music just for this. For him, the record label stuff, distribution stuff, and all that stuff was extra. He just wanted to get the music out, touch his fans, and have a relationship with his core audience. There’s so much red tape you have to cut and go around when you’re trying to do an album, and you wouldn’t necessarily have to do that if you were doing an NFT.”