Home » Celebrities » Yes, these are actual courtroom sketches of the Kardashians

Yes, these are actual courtroom sketches of the Kardashians 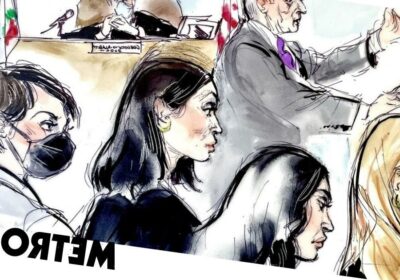 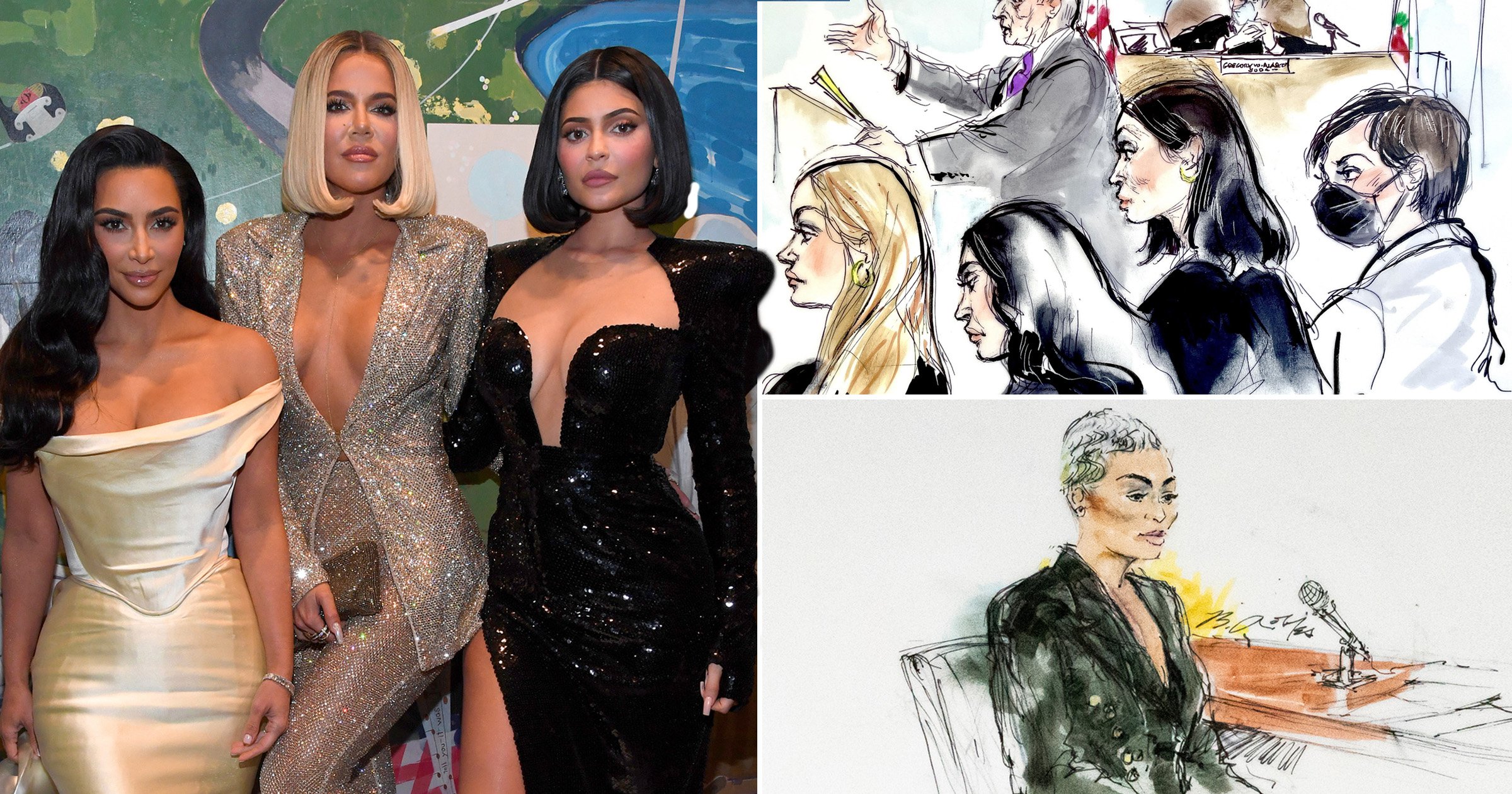 The Kardashians have been truly roasted on social media after pictures of their court sketches emerged online.

Blac Chyna filed a lawsuit against the famous family over the axing of her E! reality series with ex-fiancé Rob Kardashian, Rob & Chyna, which lasted for one season.

The trial kicked off this week with the jury selection and has already seen some drama, after the model’s mom was reportedly ‘banned’ from the hearing following a foul-mouthed rant.

Kris Jenner has joined daughters Kylie, Khloe and Kim Kardashian as they attended the LA courtroom in person for proceedings, with sketches from the trial making their way on social media.

Fans have been left in stitches over the portraits, joking that the reality stars ‘look like villains from a children’s book’ in the images.

Flocking to Twitter, one commented: ‘I have been laughing at the Kardashians’ court room sketch since last night. Kim Kardashian looks like she’s copying Khloe’s answers on a quiz lmaomaksjsjdksjd [sic].’

‘The sketch artist is not a Kardashian fan lol,’ another suggested.

‘But no, this is art. This should be in a gallery. Like, I’m gagged. The artist made choices & I love them all,’ a Twitter user posted.

A fan said: ‘All the Kardashians look like the evil stepsisters from Cinderella. the detail in Chyna’s contour is it for me lol.’

‘They look like villans from a children’s book I’m kinda obsessed [sic],’ a follower joked.

As one added: ‘Not Chyna giving Cruella De Vil while in court with the Kardashians. Love it.’

Chyna has taken legal action against the Kardashians over the decision to cancel her reality show with ex Rob Kardashian.

The series was greenlit in 2016 and aired that same year, focusing on the couple as they prepared to welcome their first child together, daughter Dream, with the pair splitting soon after.

It was taken off air after one series, after which Chyna alleged that the family – specifically Kim, Khloe and Kris and Kylie – were responsible for the axe.

Rob’s attorney has maintained their tumultuous break-up is what caused the show to end, but the mom-of-two insisted that his family were behind the decision – allegations that they have denied.

The trial got off to a rocky start when the Kardashians were criticized to their faces by prospective jurors as jury selection began on Monday.

As well as this, a video circulating online appeared to show Chyna’s mom, Tokyo Toni, launching a vicious rant about the KUWTK stars on Wednesday, comparing momager Kris to a character from horror franchise Saw.

Why is Blac Chyna suing the Kardashians?

Model Blac Chyna has launched a lawsuit against the Kardashians after her reality series with former partner Rob Kardashian was pulled.

The E! show, Rob & Chyna aired for one season in 2016, and followed the on-off pair as they prepared to welcome their daughter Dream together.

It was cancelled after just one series, after which Chyna alleged that the family – specifically Kim, Khloe and Kris and Kylie Jenner – were responsible for it being taken off air.

While the dad-of-one’s attorney has maintained their split is what caused the show to end, she has insisted that his family were behind the axe, and plotted to ensure it was scrapped.

In response, the Kardashians have denied any wrongdoing, and alleged that they had legitimate concerns about the pair, given the ‘violence and toxicity’ of their relationship.

‘Kris had on a f**king crusty ass tan suit with one button,’ she reportedly said. ‘They look scary in real life.’

She also said of Khloe: ‘Did you have some Xanax before you got there b***h?’

TMZ reports that the Kardashians’ attorney Michael Rhodes addressed the rant on Tuesday, asking for Toni to be removed.

‘She cannot be in this courtroom if this is how she is going to conduct herself,’ he reportedly said.

‘Miss Jenner was physically worried this morning about her safety.

‘A trial like this is hard – it’s a lot harder if I have to worry about my clients’ safety.’

In response, Chyna’s attorney, Lynne Ciani, told the court: ‘I have told my client that if she cannot control her mother if she says something inappropriate, she cannot come into the courtroom.’