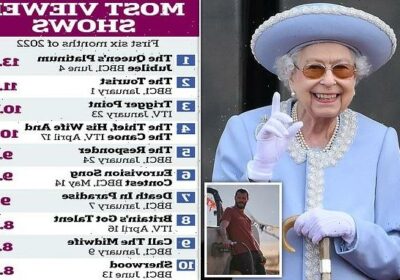 Ofcom found that Generation Z – those aged roughly 16 to 24 – spend less than an hour a day watching traditional channels, down two-thirds in ten years.

By contrast, the over-65s are still tuning in to scheduled TV for five hours and 50 minutes on average per day – slightly up on a decade earlier.

In a report, the regulator also exposed the decline in popularity of big traditional TV channels such as BBC1 and ITV in the past decade. 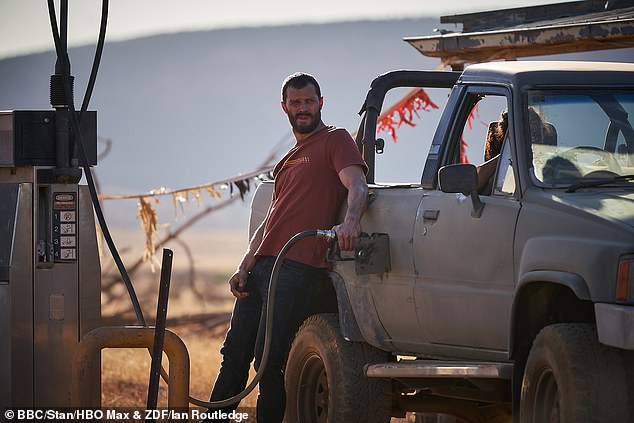 This follows how the streaming revolution, led by the likes of Netflix, has lured many viewers from traditional television services. ITV had a similar percentage-point drop to BBC1, going down to 48 per cent.

But despite the boom in streaming services fuelled by Covid lockdowns, Ofcom revealed the cost of living crisis was beginning to hit subscription TV. The number of households subscribing to at least one streaming service has fallen by more than 350,000 to 19.2million.

Around a fifth of UK homes, or 5.2million, pay for all three of the top streaming subscription services – which includes Netflix, Amazon Prime Video and Disney+.

Nine in ten of those aged 18 to 24 said they headed straight to streaming, on-demand or video-based social platforms, bypassing traditional television channels, when seeking something to watch. Netflix is their most popular channel.

Public-service broadcasters such as the BBC and ITV continue to face falls in audience levels. 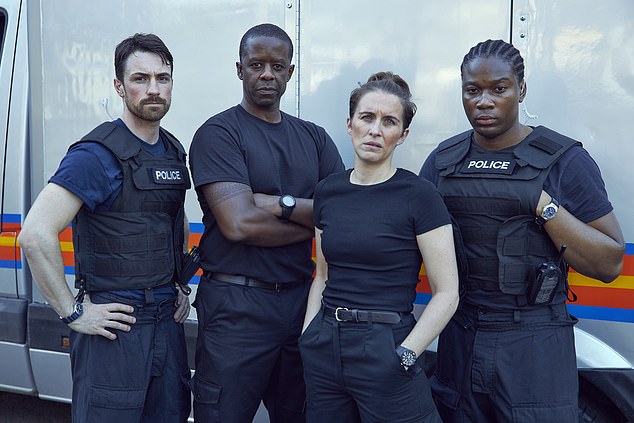 Ofcom found that Generation Z – those aged roughly 16 to 24 – spend less than an hour a day watching traditional channels, down two-thirds in ten years – compared to the over-65s who are still tuning in to scheduled TV for five hours and 50 minutes on average per day (pictured, Trigger Point cast)

Ofcom added that the overall decline in TV viewing had begun to ‘accelerate’, despite big viewing figures of more than ten million for events including the Uefa Women’s Euro 2022 final and the Queen’s Platinum Jubilee.

For the first time, public-service channels are reaching less than half of 16 to 24-year-olds.

The BBC tends to have a higher proportion of its audience over 34 compared with ITV.

For example, Ofcom said that about 90 per cent of BBC1’s audience was aged over 35.

Ian Macrae, Ofcom’s director of market intelligence, said: ‘The streaming revolution is stretching the TV generation gap, creating a stark divide in the viewing habits of younger and older people.

‘Traditional broadcasters face tough competition from online streaming platforms, which they’re partly meeting through the popularity of their own on-demand player apps, while broadcast television is still the place to go for big events that bring the nation together.’

The average time spent watching TV and video content in 2021 across all devices was five hours and 16 minutes per person per day – down by 25 minutes on 2020.

While Generation Z saw a 27-minute drop in traditional viewing, it fell off by 43 minutes for the over-54s. The media regulator said it could be a sign that use of streaming services was starting to affect older people’s viewing habits in ways similar to younger people.

The report said the share of listening time for live radio fell from 75 per cent in 2017 to 63 per cent in 2022, with music streaming services such as Spotify and others more than doubling from 8 per cent to 20 per cent.

The BBC said: ‘This report shows audiences come to the BBC in their millions for the big moments that matter like the Women’s Euros, the Jubilee and our world-class drama.

‘It also confirms the popularity of BBC iPlayer and the high satisfaction levels across all age groups.’