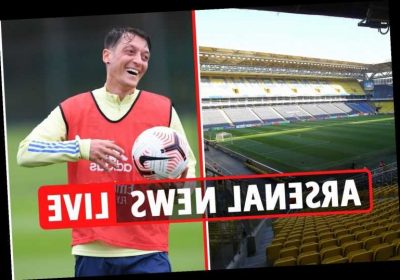 MESUT OZIL is set to finally leave Arsenal and sign for Fenerbahce after reportedly agreeing a deal to terminate his contract.

The Gunners assist king is saying goodbye to his team-mates today and is set to arrive in Istanbul at 9pm UK time.