Home » Sport » 2000 Guineas result: Who won the 3:35 at Newmarket live on ITV TODAY? Saxon Warrior is all class for Aidan O'Brien

2000 Guineas result: Who won the 3:35 at Newmarket live on ITV TODAY? Saxon Warrior is all class for Aidan O'Brien The classy colt gave trainer Aidan O'Brien his ninth victory in the race and his 300th Group 1 success in his career, and in a family affair he was ridden by son Donnacha. 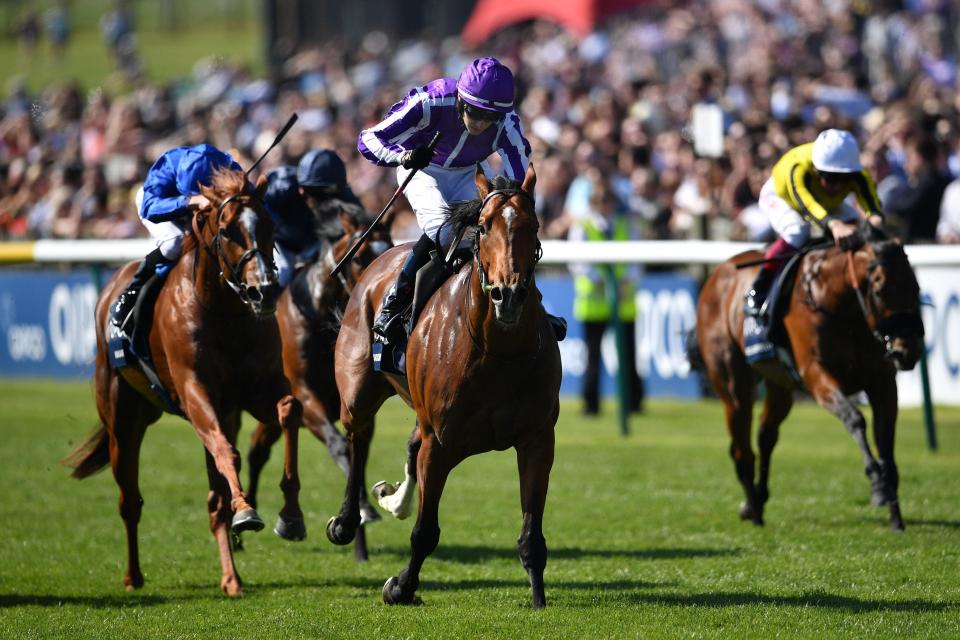 Favourite Masar – who had been backed throughout the day – had every chance to win as they entered the closing stages.

However, he had no answer to Saxon Warrior's bid for glory with Tip Two Win also running a cracker in second ahead of the Godolphin favourite at a huge 50-1.

Winning jockey O'Brien said: “I probably got excited and kicked too early – he’s a proper horse.

"A huge thanks to all the owners for giving me the chance to ride him and especially to dad for the faith in putting me on him in the first place. 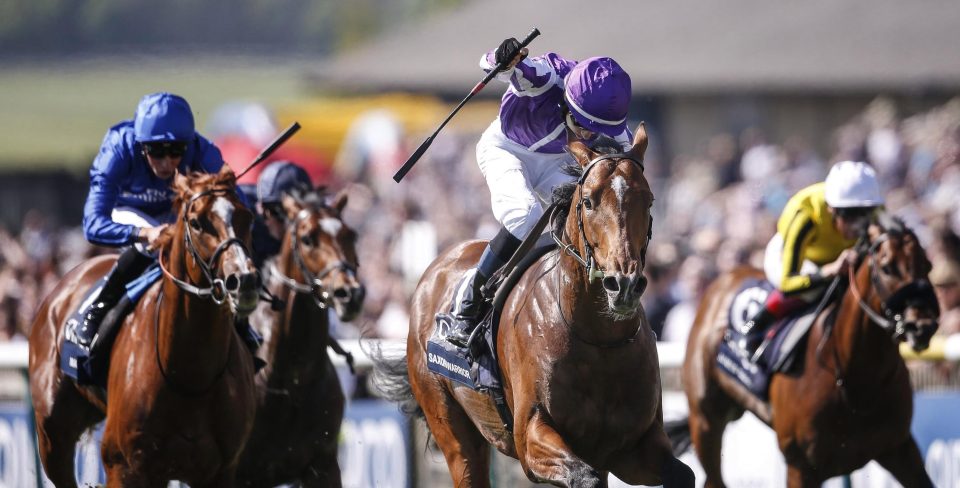 "It's very special. Obviously, I'm winning this race and riding in big races because of the position I'm in. I'm just very grateful.

With trainer Aidan O'Brien in America supervising Mendelssohn in the Kentucky Derby, Paul Smith, son of co-owner Derrick, said: "It was really eyecatching, Donnacha couldn't speak too highly of him. He said when he quickened it was all over in a flash.

"He probably got there sooner than he wanted to, but he had so much horse under him. It's very exciting when they have that speed and look like they'll get further. All things point to June (Derby) now."

He added: "That's 300 Group 1 wins for Aidan and Donnacha's first Classic. They are an incredible family."

Saxon Warrior was cut into EVENS favourite for the Derby following his Newmarket success.

He said: "I can't put it into words. I'm pinching myself. I was trying to watch it out the front, but I didn't bring my binoculars so all I could see was his white breast girth.

"When he came out of the dip I thought 'oh my God' – I'd got a chance of winning the Guineas and then he flashed by me. I was about 50 yards from the line.

"It's amazing. We knew we had a decent animal. He was only a 50-1 shot because he was trained by me. It's just a proud moment for us and I'm delighted for Anne (Cowley, owner).

"We entered him for the St James's Palace Stakes (at Royal Ascot), so I guess it will be that or the Jersey. We'll just get over today and digest it and see what happens."

Where did the favourite finish?

Who ran in the race?