2021 French Open: What to Watch on Friday 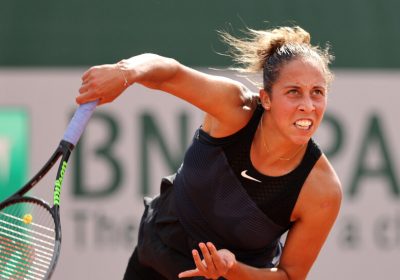 The third round of the French Open begins on Friday, and 12 Americans will play singles matches in the next two days. John Isner and Reilly Opelka, who are seeded, will be looking to fix a recent issue: There are no American men ranked in the top 30 for the first time in more than 50 years. There are no such issues on the women’s side, with Sofia Kenin and Serena Williams in the top 10 and five more Americans behind them in the top 30.

Here are some matches to keep an eye on.

Because of the number of matches cycling through courts, the times for individual matchups are estimates and may fluctuate based on when earlier play is completed. All times are Eastern.

Victoria Azarenka of Belarus, the 15th seed, reached the semifinals of the French Open in 2013, but has not been past the third round since. In the past year, she reached the U.S. Open final, but was also knocked out in the first round of the Australian Open. After injuring her back at the Madrid Open in early May, it was unclear whether Azarenka, 31, would be able to play at Roland Garros. So far, Azarenka, a former world No. 1, has performed well, but she will be facing a formidable opponent in the third round.

Madison Keys of the United States, the 23rd seed, has also struggled in 2021, not winning consecutive matches until this week at the French Open. Keys, 26, reached the semifinals in 2018 and the quarterfinals in 2019, but lost in the first round last year. Both players are hard-hitting baseliners. It should be an electric match. 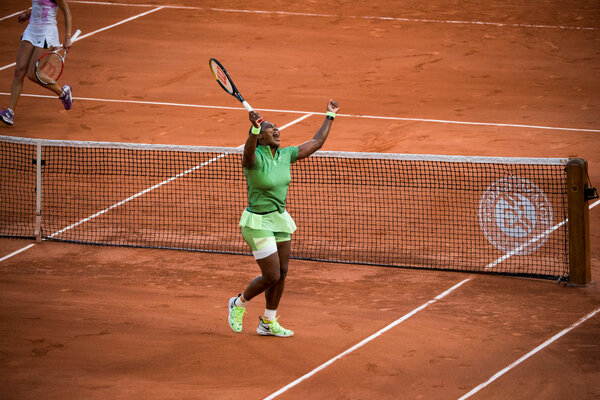 Serena Williams, the seventh seed, showed signs of vulnerability in the second round against Mihaela Buzarnescu of Romania. After losing the second set, Williams, 39, limited her errors and ended up storming through the third set, 6-1, with a dominant performance returning serves. After some early-round exits during the clay-court swing, Williams must take every challenge seriously.

Danielle Collins, an American ranked No. 50, swept past Anhelina Kalinina in the second round, losing only two games. Collins, who had surgery for endometriosis in the spring, did not play a tournament on clay in preparation for the French Open, but she has shown match fitness in the first two rounds. Collins, 27, will be a troublesome opponent for Williams. When the two met on hardcourts in January, Williams barely won in a third-set tiebreaker. Now, on a less favorable surface, there is the potential for an upset.

John Isner, the 31st seed, does not have a game that would traditionally favor clay. Isner, a 6-foot-10 American, has a booming serve that favors him on hardcourts and grass, but he has worked in recent years to improve his ground game. This helped him as he broke his second-round opponent, Filip Krajinovic, three times in the second set. Now, Isner’s ground game will be tested to its limit as he looks for an upset.

Stefanos Tsitsipas of Greece, the fifth seed, has had a strong clay-court season, winning the Monte Carlo Masters and the Lyon Open and reaching the final of the Barcelona Open. Tsitsipas, 22, swept through the first two rounds of the French Open without dropping a set, and is a favorite to reach the final from his half of the draw. On Friday, he will have to find a way to adjust to Isner’s strong serve. If he can settle in on return games and get some early breaks, he should be able to control the flow of the match.

Casper Ruud, the 15th seed, has spent the last few years knocking down national records that were once held by his father, Christian. This time, he will look to be the first Norwegian player to reach the round of 16 at more than one Grand Slam event after doing so for the first time at the Australian Open this year. Ruud picked up his second ATP title, and his second on clay, in Geneva last week.

Alejandro Davidovich Fokina, ranked No. 46, struggled in a five-set match against Botic van de Zandschulp in the second round. The match lasted 3 hours 42 minutes, with far more errors than winners coming from both players as they attempted to grind out long points and exhaust each other. It will be a challenge for Fokina, 21, to recover in time.

Here are a few more matches to keep an eye on.