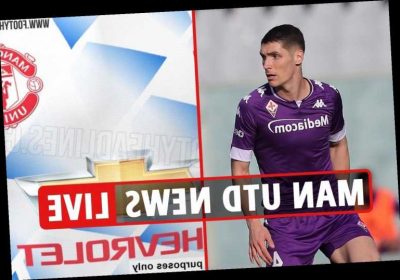 MANCHESTER UNITED are leading the chase for Nikola Milenkovic and have made an 'impressive offer', according to reports in Italy.

Meanwhile the Red Devils could be set to wear a retro away kit next season.

Stay up to date with our blog, below, for all the latest from Old Trafford…