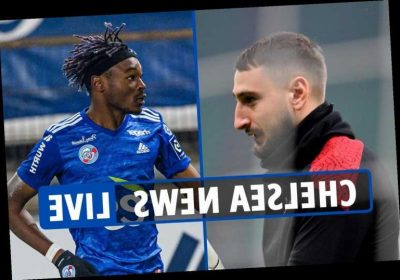 CHELSEA's transfer plans have been thrown into disarray with West Ham refusing to consider selling Declan Rice until at least the summer.

Meanwhile Atletico Madrid are said to be interested in signing Olivier Giroud to replace Diego Costa, just as Chelsea did in 2018.