The affable Accy supremo reduces the cost of pints in the club bar to £1 for an hour as a reward when the team wins. 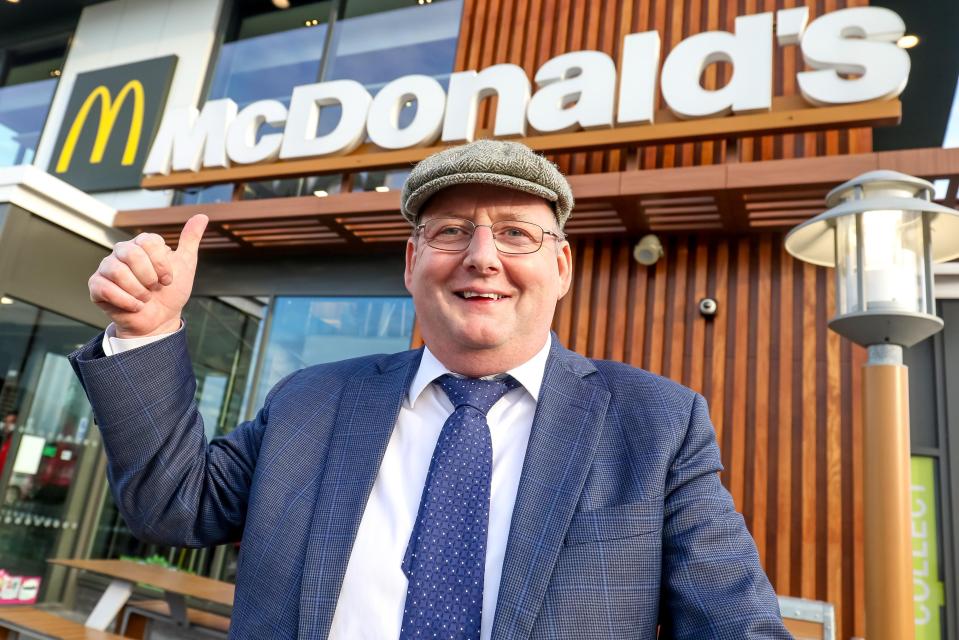 But after Tuesday night’s promotion-sealing victory over Yeovil, Holt allowed the cheap booze to flow well beyond the normal 60 minutes as players and supporters celebrated into the early hours.

Holt said: “I don’t know who was last man standing but it wasn’t me! I ducked out about 2.30am.

“I didn’t have a pint during the match because I thought it’s too long a shift if you start drinking early on!

“We were in with all the fans for Winners’ Hour, which went on a bit longer. Some stayed until it was daylight.” 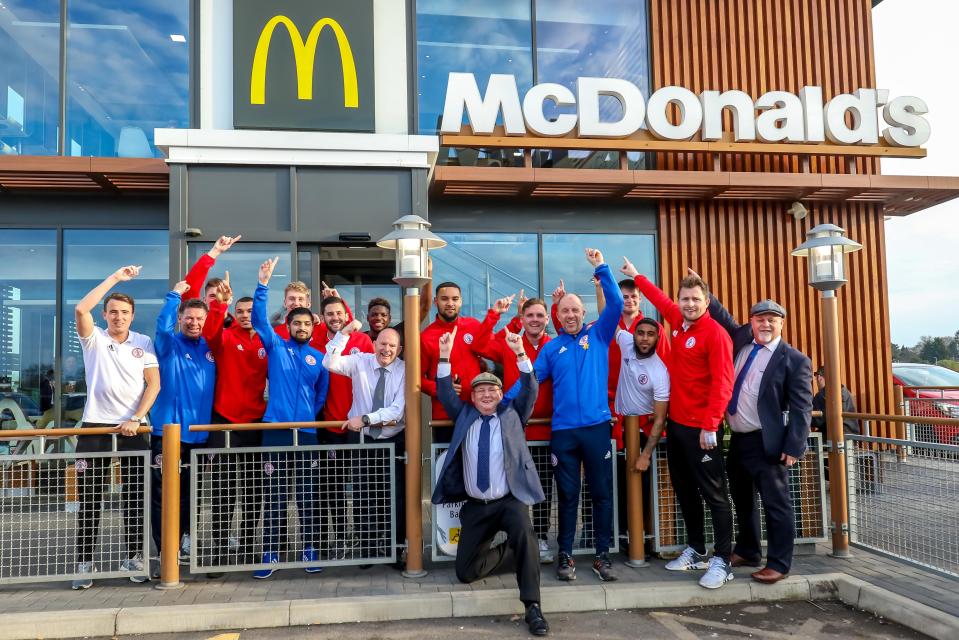 UP FOR BIG ACCS 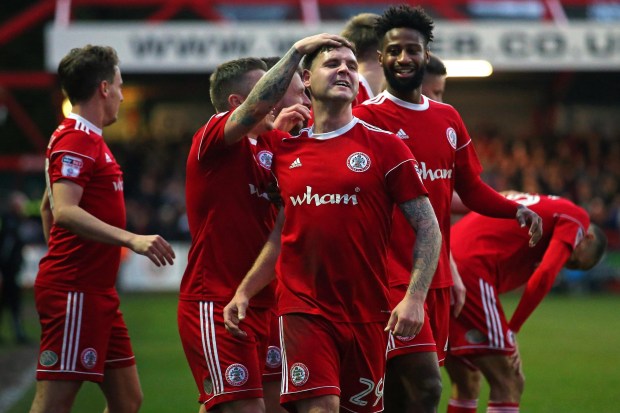 ACCRINGTON STANLEY could be given free McDonald’s in League One next season.

Holt paid out for over 30 people to feast on burgers, fries, chicken nuggets and wraps.

Now the fast-food giants are set for talks with the League Two leaders next week, which could see them getting grub for nothing.

A McDonald’s spokesperson said: “Our Accrington store is delighted with promotion. We’ve provided post-match meals and will continue to do so this season.

“We want to work closely with Andy to see how we can use our 16 years in grassroots football to support the club’s community trust — and ensure the team get their treat.”

Many of the players kipped on the floor at the house of League Two Player of the Year Billy Kee, who took his tally to 25 for the season with both goals in the 2-0 win over the Glovers.

Scott Brown tweeted at 3.32am yesterday: “Lost my phone, house keys and car keys. Don’t remember getting home — still in my kit. Want to do it all again, couldn’t be any prouder of the lads, staff, fans everyone associated with Accrington Stanley.”

And they did it on the 130th anniversary of the formation of the Football League, of which Accrington were a founding member.

Holt added: “We could have won 10-0. It was the best I’ve seen us play. I never felt worried during the game.  The lads grafted so hard.

“It’s funny we did it on the 130th anniversary. I know manager John Coleman and his assistant Jimmy Bell believe in fate.

“Sometimes in life, stars seem to line up and I think this season was one of them. You couldn’t write the script. It is good because we have nothing, it’s a poor area. It’s not Kensington and Knightsbridge, it’s Accrington and Burnley. 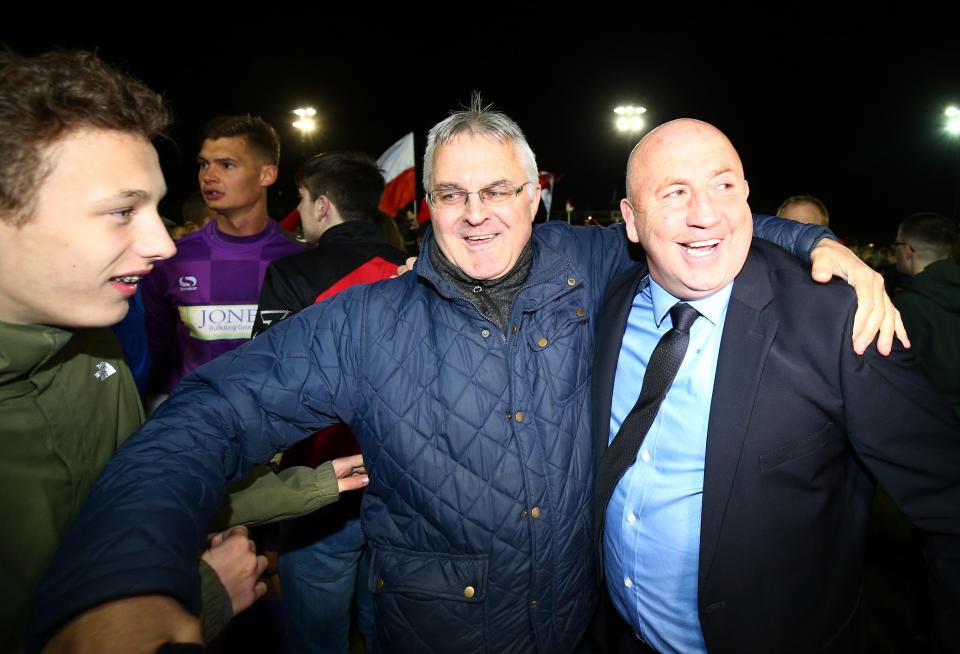 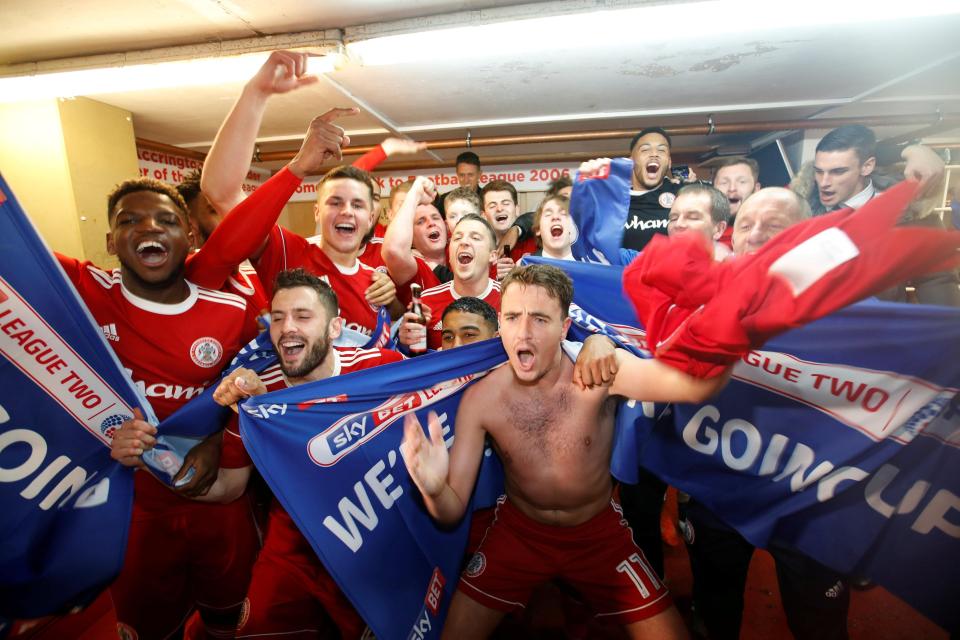 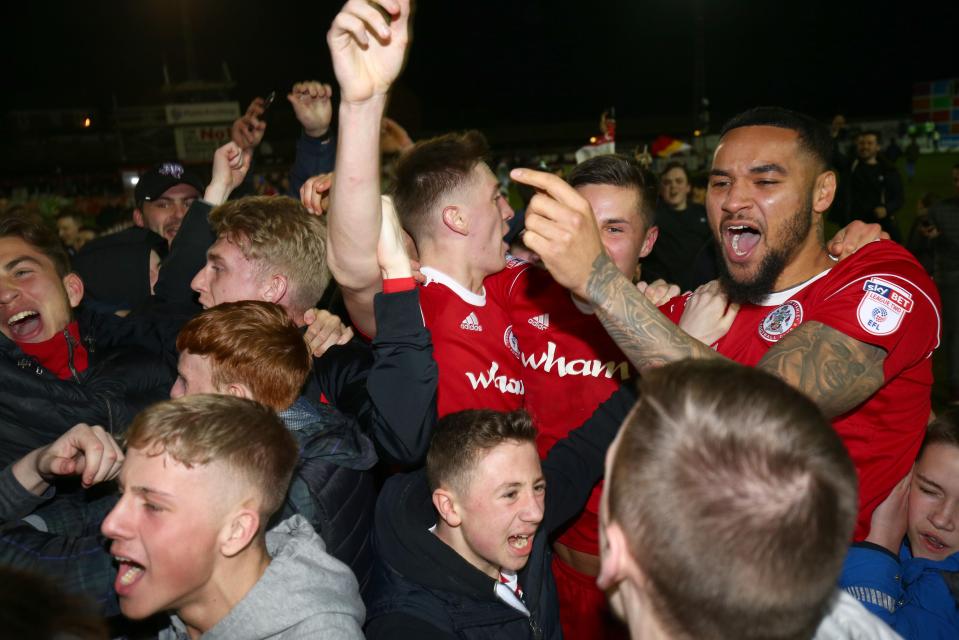 “They’re working-class towns and success is great for them.

“It’ll give everyone a real lift but more than that it will bring the investment into the town.

“The away fans will spend money in the chippy and the pubs. The town’s been going  backwards. It needed a bit of good news.”