It’s time for some home truths about how we are talking about and dealing with sexual harassment cases.

We need to stop talking about so-called “hush money” and we need to refocus our attention on the basic values of fairness and justice.

In 2016, AFL chief executive Gillon McLachlan asked me to lead an independent review of the Respect and Responsibility complaints policy. While ground-breaking at the time of its introduction in 2005, the policy was in need of a refresh. 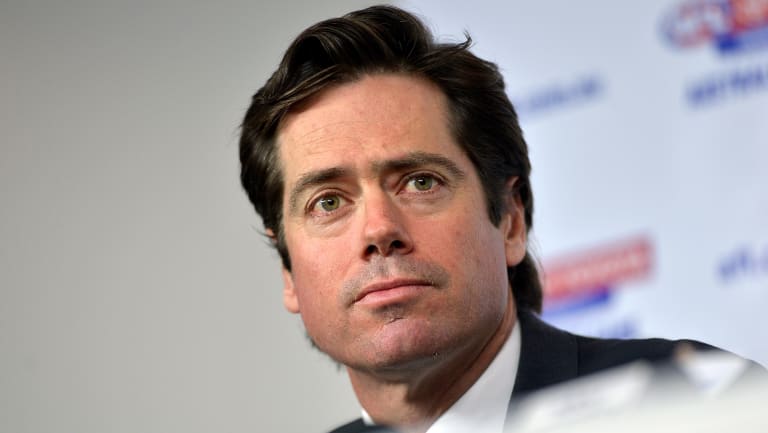 At the time, important community conversations were taking place about gender equality and the prevention of violence against women. Meanwhile, excitement was building about the launch of AFLW.

In June 2017 the review team delivered its findings on the current operation and made recommendations for change to the AFL Commission.

In my role as Sex Discrimination Commissioner, I have had no further involvement in the handling of specific complaints. This is appropriate, given that an important avenue for people aggrieved is to make a complaint to the Australian Human Rights Commission.

Throughout the review, we learnt some important lessons, which are also useful for organisations seeking to prevent and better respond to sexual harassment.

First, there was a lack of clarity about where and how people should raise a complaint. There was also confusion about what would happen if a complaint was made. People were not certain the clubs or the AFL would take a complaint seriously, nor whether their issue was serious enough to raise.

It was clear that visible leadership from the AFL and club CEOs about their support for gender equality and the importance of the Respect and Responsibility policy would give greater confidence in the system. In addition, greater clarity on complaint avenues and process was also needed.

Second, we found that complaints that were raised were often first reported to someone without the required expertise and often with a conflict of interest. Duplication of investigation as complaints were passed from club to AFL to police and back caused unnecessary and harmful delays.

The new system involves immediate triage by the expert AFL Integrity Unit, which is also tasked with growing awareness and expertise to handle complaints at club level.

Third, we found that confidentiality is critical to increasing confidence for those who experienced sexual harassment to come forward and make a complaint and for delivering outcomes.

The Australian Human Rights Commission’s sexual harassment research tells us that people are reluctant to come forward for fear a complaint will harm their own reputation, affect their job prospects, or result in no action.

The Respect and Responsibility review showed very clearly that it is unhelpful and potentially damaging to have daily public reporting of names and individual details of a particular complaint. Such reporting undermines the privacy of the complainant and impedes natural justice for the respondent.

While it is sometimes appropriate for an outcome to be publicly known, this will be determined on a case by case basis and with the welfare of the victim always at the centre.

I know from work with Victoria Police and the Australian Defence Force that best practice puts the victim first and considers the welfare and support of the parties involved.

Finally, recent media reporting has raised questions about the role of transparency and the appropriateness of any payments made on condition of confidentiality under the Respect and Responsibility policy.

The review did not identify any particular concerns about payments of money in confidential settlements. On the contrary, it identified that the media reporting of Respect and Responsibility concerns was a deterrent for women making complaints and a cause of significant distress. For this reason, we recommended that confidentiality was a key component of the refreshed process.

It’s important to note that resolution of complaints that includes a financial payment on mutually agreed confidential terms is a feature of many alternative dispute resolution processes. For example, in conciliations conducted by the Australian Human Rights Commission, confidentiality may be agreed to by both parties and is often for the benefit of the individual complainant and the other parties involved.

Since the release of the renewed policy, it is encouraging to hear of more reporting of incidents.

It is vital that the AFL learn from the reports made to ensure continuous improvement and to positively target systemic problems.

The operation of the Respect and Responsibility policy and trends in complaints will be reported to and reviewed by the AFL Commission annually. It is reasonable to expect these trends to be shared publicly, to ensure the industry can learn and the community can have confidence in the process.

In my view the most important ongoing conversation for the AFL Commission is how the AFL industry can help reduce the high rates of sexual harassment in our community, and advance gender equality, so its Integrity Unit has less work to do.

Kate Jenkins is the Australian Sex Discrimination Commissioner. For information about complaints and preventing sexual harassment, contact the Australian Human Rights Commission on 1300 656 419 or visit their website www.humanrights.gov.au