France superstar Lacazette gave the Hammers the bum's rush as the Gunners hit three goals in the last eight minutes for a 4-1 victory.

And the 26-year-old will hope his problems are all behind him – after tricky times since the £60million arrival of fellow frontman Pierre-Emerick Aubameyang in January.

Lacazette, was certainly in good spirits even before the match at the Emirates – as he posed with the tattooed supporter.

And the ex-Lyon star might have been smiling even broader if he noticed tweets from Arsenal fans wondering if the fan was in fact Gunners defender Laurent Koscielny.

Lacazette didn't get to the bottom of the problem himself. 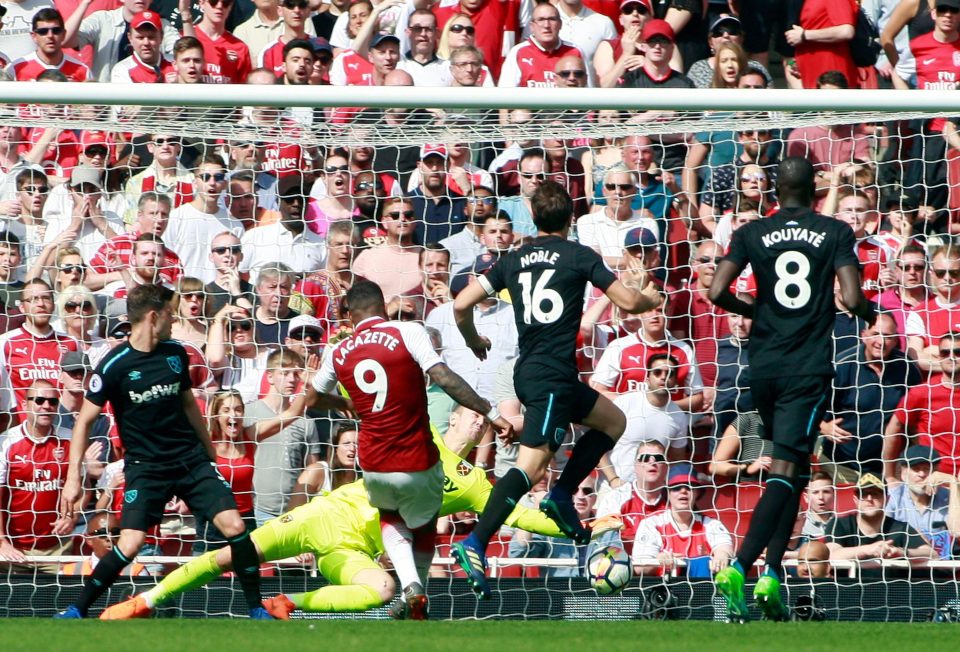 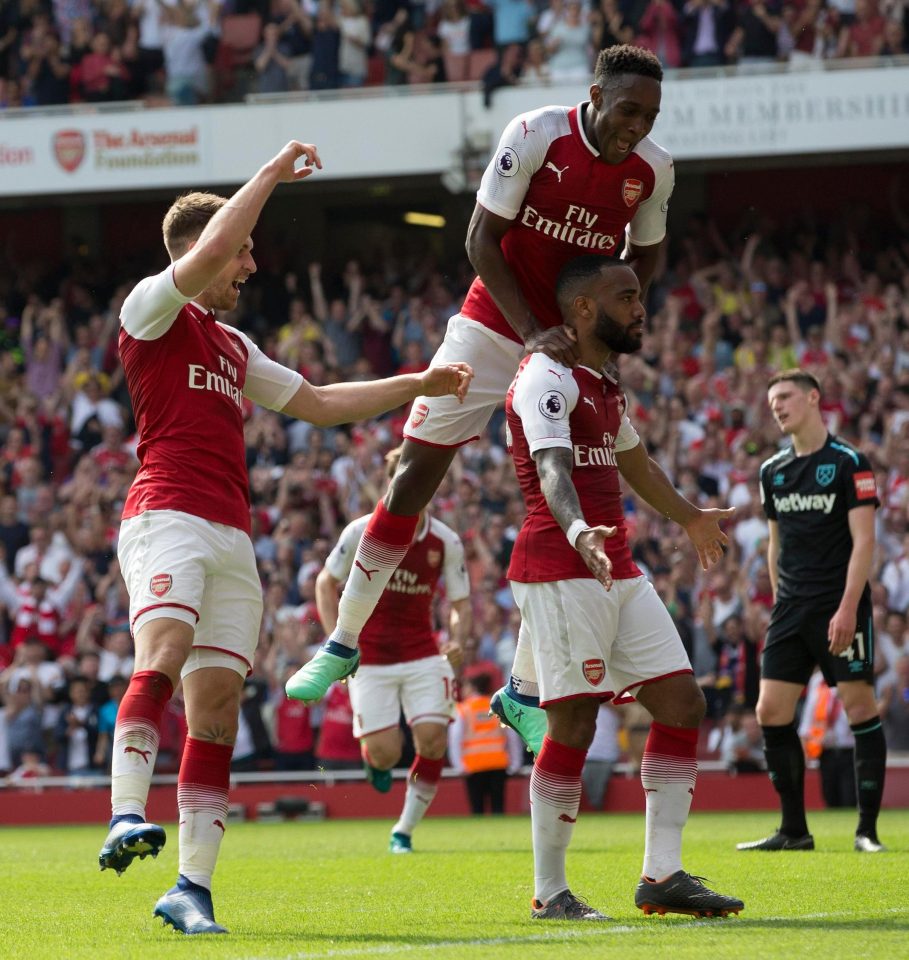 He simply posted the picture with the words: "When  you invite the fan who tatooed your face on his.. body [laughing-face emojis]. #CrazyFan #Coyg".

But Arsenal supporters soon had fun over the likeness between the lad and their 32-year-old France centre-back Koscielny.

And that produced a swarm of "me too" style replies.

But the best response came on the pitch from Lacazette himself – where cracks in the Hammers' defence helped make him a tattoo-goal hero. 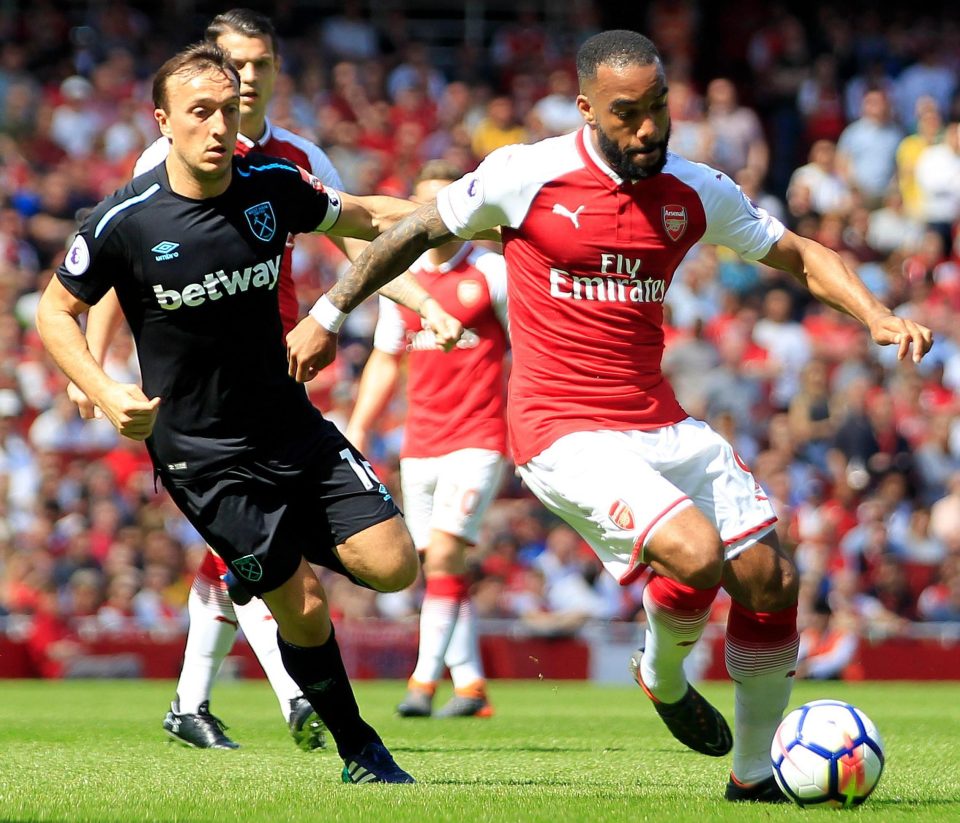