One of the more controversial aspects of the GAA’s 2020 plans, which were unveiled on Friday, was the decision to scrap the All-Ireland Club Championships.

Teams who win their county titles this year will not progress with to a provincial tournament, with time constraints limiting the window for such competitions to take place.

“We have to build in a rest period for people,” said Feargal McGill, the GAA’s director of player, club & games administration.

“We also have third level competitions that have an impact on that. Something has to give and I suppose our priority as an association, broadly speaking, and Tom (Ryan) and John (Horan) would have been exceptionally strong on this, the most important thing is to get a good club window in 2020.

“We could have crammed the club window for county boards if we wanted and open the window, if you like, for provincial and All-Ireland club championships. But we have 1,700 clubs that need to be active. There’s only 32 clubs that win a county title.

“It ultimately came down to giving the time to the many as opposed to the few. That’s just a hard decision that we have to make, not one we’re thrilled about but a hard decision we just had to make.”

“There would also be a big time lag between the finish of the county finals and recommencing in January and would that be a major expense then on clubs in terms of training through that period so that was also a factor, in fairness, to take pressure off clubs,” added Horan. 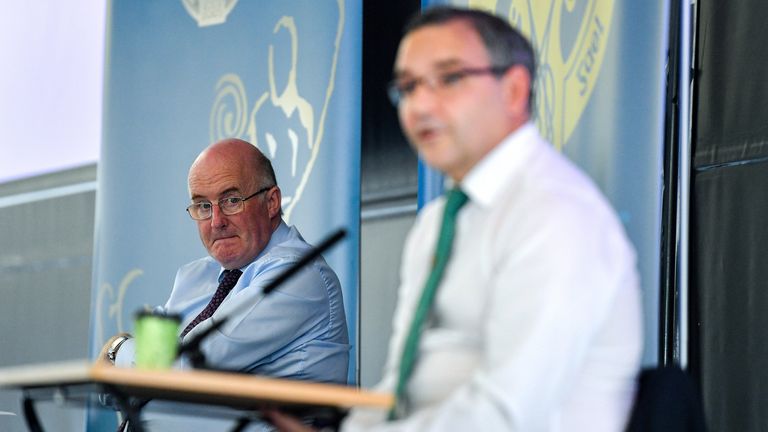 Due to the condensed nature of the 2020 All-Ireland Championships, there are constraints for the association’s fixture-makers. But holding games on weekdays was not viewed as an option.

The last time such a fixture took place was in 2013, when Carlow hosted Laois in the qualifiers on a Friday night.

“We won’t be having Friday night fixtures, for the very simple reason that we remain a volunteer association,” said McGill. “If you have a game at 8 o’clock on a Friday, you are talking about teams getting together at 1 o’clock in the day. That’s a half day off work for those that have to work.

“Also, everyone just thinks that you turn up in Croke Park and the venues and run out onto the pitch and it all happens.

“For our volunteer stewards all around the country, they have got to be in place three or four hours beforehand and you would be depending on them getting off work.

“The practicalities are just not on. It’s nice to look at rugby and soccer and think it’s great that they can play on any day. It’s not practical in an amateur association.” For similar reasons, the GAA will not be conducting COVID-19 tests, as implemented in other sports.

“We’re not going down the route of testing. We’re not a professional sport,” he continued. “Professional sportspeople live and move in their own groups, their own pods, if you like; we don’t. Our people mingle in the community generally so testing is just not a route we’ll be going down.”

Meanwhile on the intercounty scene, the provincial championships are being retained despite calls from the GPA among others to scrap the competitions in 2020, and run the Sam Maguire Cup competition as a 32-team open draw.

“We didn’t rule anything in or out when we sat down to do the fixtures,” said McGill.