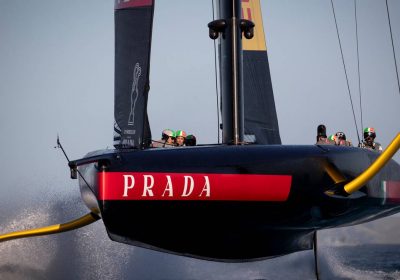 Italian media have lashed out at Team New Zealand’s “arrogance” and “psychological warfare” on the eve of the America’s Cup.

Luna Rossa will take on Team New Zealand in the best of 13 America’s Cup match starting on Wednesday.

Most have picked Team New Zealand to successfully defend the Auld Mug thanks to rumours of the team hitting record-breaking speed in practice – stirring anger amongst Italian fans.

“For days now, the New Zealand media have been repeating that the defenders are superior and will have an easy time with Luna Rossa, to the point that the contest should be a mere formality.

“It is difficult to think of other sports where there is a tendency to belittle the opponent in this way even before an event begins.

“The goal is to launch these digs at the opponent with the declared intent to insinuate the worm of doubt and undermine their beliefs. It is subtle as well as banal psychological warfare.”

Another Italian website, La Repubblica, took a similar stance calling out Tem New Zealand for already acting like “the Cup is in their pockets”.

“Not only have the stories about speed multiplied, but also increasing are the bold statements, not only of the fans of sailing, the second Kiwi passion together with rugby, but also of former champions and experts.

“Boat speed can make you appear to be a tactical genius. Winning the starts may be one thing, but if your boat is significantly faster and the team has confidence in this, the focus and tactics can be more about starting cleanly and keeping your powder dry for the point at which you can put your foot to the floor,” read the official preview.

“Here, if the rumours are correct, it is the home team that has the upper hand. Plus, the rumour mill has been working overtime when it comes to the home team’s performance in light weather with talk of a code zero forming part of their declared sail wardrobe.”

Whether Team New Zealand does have an advantage will be revealed in two days time as the America’s Cup gets under way. Races one and two are scheduled for Wednesday afternoon before two races daily continue from Friday until a winner is found.