Home » Sport » Andoni Goikoetxea: 'The Butcher of Bilbao' was famed for his aggressive tackling on the pitch, targeting his nemesis Diego Maradona during Spanish league games

Andoni Goikoetxea: 'The Butcher of Bilbao' was famed for his aggressive tackling on the pitch, targeting his nemesis Diego Maradona during Spanish league games Nicknamed ‘Goiko’, the defender made his name with Athletic Bilbao where he won two La Liga titles, the Copa del Rey and the Spanish Super Cup.

He also represented Spain on 39 occasions.

Tough, crude and often very brutal, he was less of a maverick than a complete menace.

They called him ‘The Butcher of Bilboa’

And with good reason. 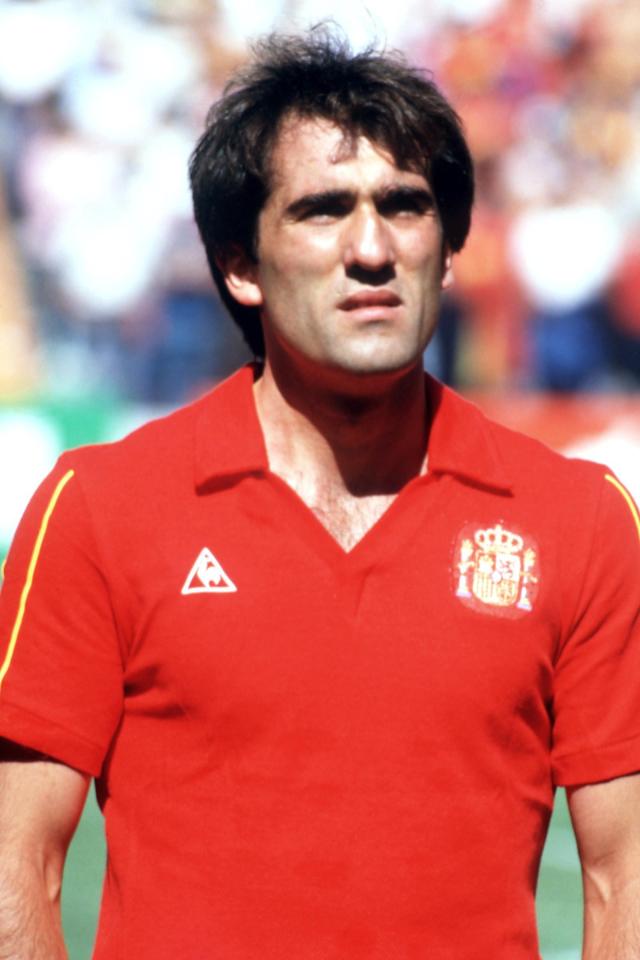 Goikoetxea was what many commentators called ‘uncompromising’.

Others just called him an animal.

Allow us to explain…

He didn’t care who you were… 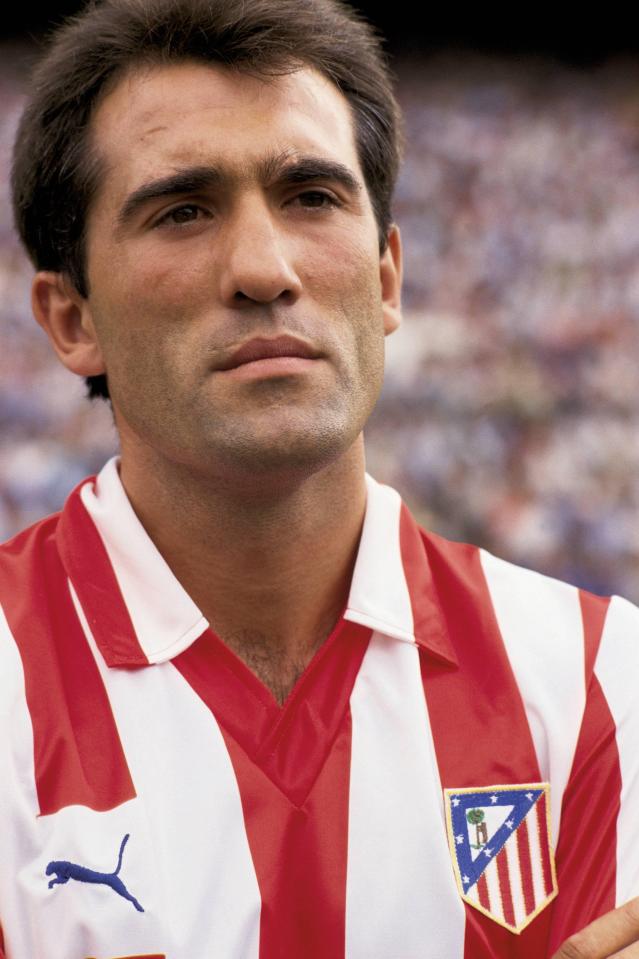 Though his disciplinary record was awful, Goikoetxea would be remembered for some x-rated challenges that left players strewn across the pitch like it was a battlefield.

Talented German youngster Bernd Schuster was his first notable victim during a game between Athletic Bilbao and Barcelona in 1981.

The 21-year-old midfielder had set off on a run midway in the Bilbao half but was chopped down by a Goikoetxea tackle that was as late as it was premeditated.

The damage to Schuster’s knee – a ruptured ACL – kept him out of a season that saw Barca go on to win La Liga. 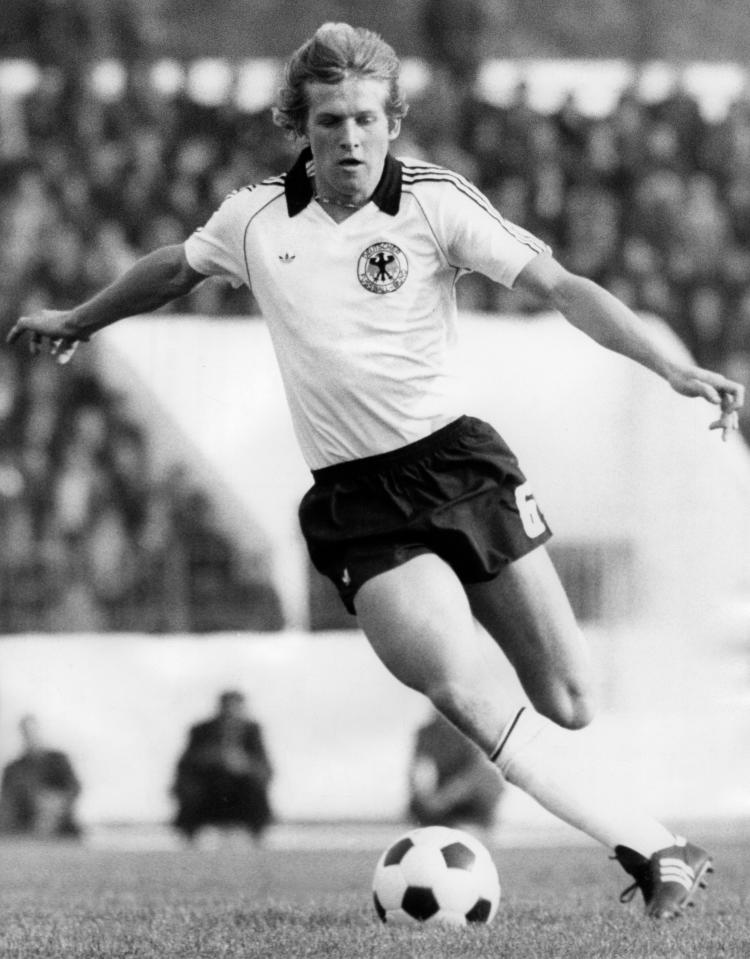 He also missed out on the 1982 World Cup Finals with Germany.

FRIDAY FEELING Robin Friday: A football maverick who enjoyed a whirlwind of women and wives, drank heavily and had a bust-up with Mark Lawrenson

He committed one of the worst fouls ever…

While Schuster was out of action, Barcelona signed the Argentinian superstar Diego Maradona for a world record fee of £5 million.

And so another target loomed into view for Goikoetxea. 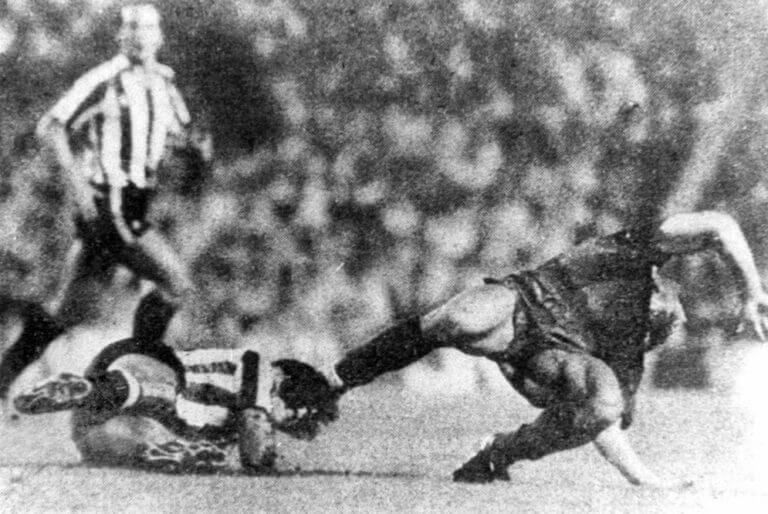 On September 24, 1983, Atheltic Bilbao visited the Camp Nou for a league game against a Barca.

It would be a game that would go down in history – for all the wrong reasons.

Receiving a pass in his own half with his back to goal, Maradona was pursued by Golikoetxea who dived in, studs up, and caught the Argie.

Maradona would be stretchered off, his ankle broken and all his ligaments torn, and he would be out of the game for a year.

In his book Maradona; The Hand of God, acclaimed author Jimmy Burns called it "one of the most brutal fouls in the history of Spanish football."

Maradona, meanwhile, compared the challenge to an “axe blow”.

“I just felt the impact, heard the sound – like a piece of wood cracking – and realised immediately what had happened,” he said. 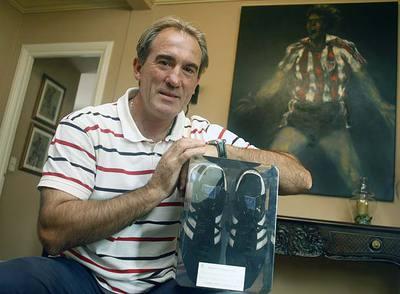 But it didn’t end there…

The outrage over the challenge saw Goikoetxea’s labelled everything from an “anti-footballer” to a “football terrorist”.

Barca boss Cesar Luis Menotti wanted him banned for life but had to accept the Spanish FA’s decision. 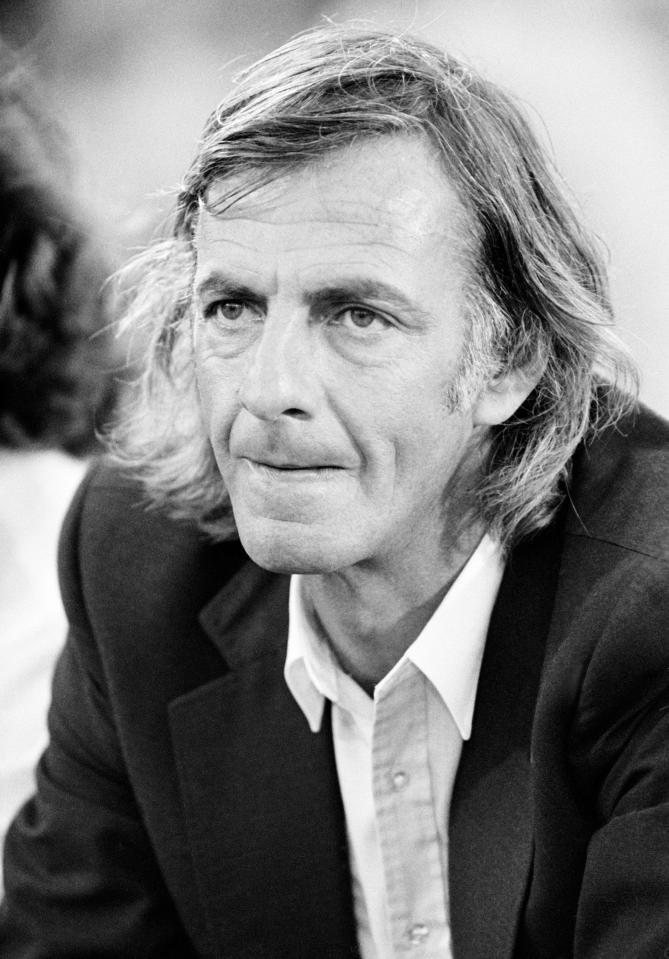 He was banned for 18 matches instead, a sentence that was later reduced to seven games on appeal.

He loved a dust-up…

A year after his tackle on Maradona, Bilbao and Barcelona met in the final of the 1984 Copa del Rey Final – and Maradona was back in the side.

It was a tense game at the Bernabeu, laced with bad tackles all over the pitch and another one from Goikoetxea that gashed Maradona’s leg. 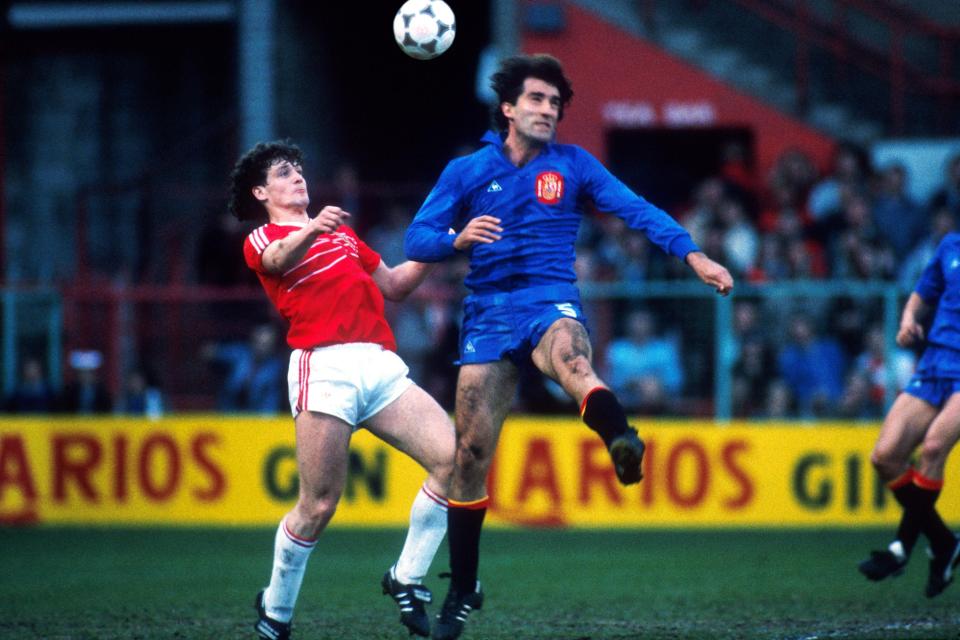 There would be three red cards, seven yellows and Bilbao would run out 1-0 winners.

When the final whistle sounded, Maradona’s anger finally got the better of him and he set about fighting virutally every member of the Bilbao team, including Goikoetxea.

Soon, his teammates would join in too, with a succession of flying kung-fu kicks felling players left, right and centre.

And, of course, Goiko connecting with Maradona just one more time for old times’ sake. 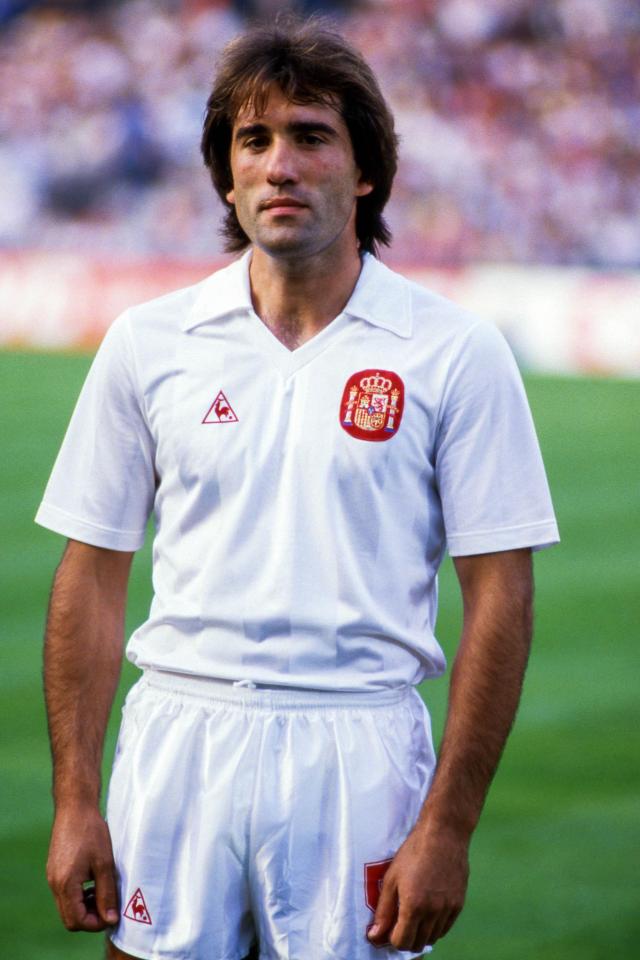 It’s as close to a riot as you’ll ever see on a football pitch.

He’s the answer to an interesting trivia question…

When Spain beat Denmark 5-1 at the 1986 World Cup Finals, four of the goals were scored by the man they called ‘The Vulture’, striker Emilio Butrageuno.

But who scored the other? 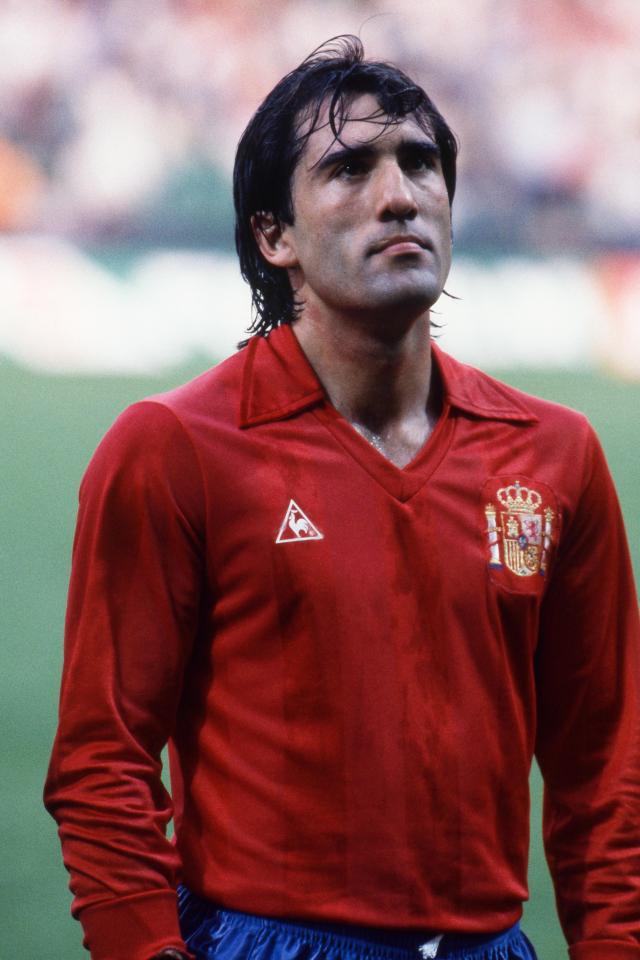 Goiko was so proud of the infamous tackle/assault on Diego Maradona that he still has the boots he wore on that fateful day.

Not only that, he actually keeps them in a glass cabinet in his living room. 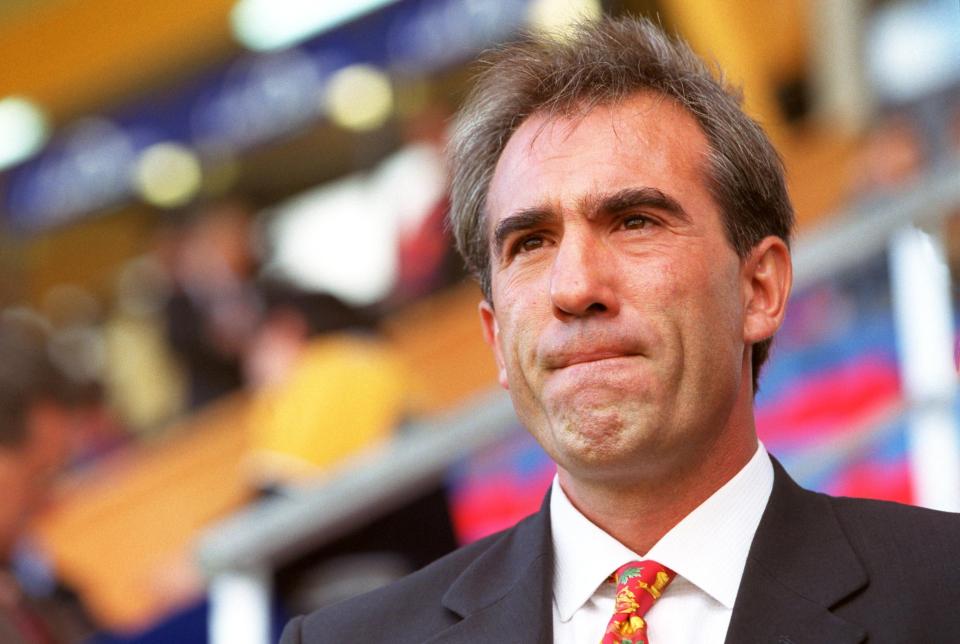 He could cause a fight in an empty room…

In 2007, The Times newspaper declared Goikoetxea ‘Football’s Greatest Ever Hardman’, ahead of the likes of Basile Boli, Tommy Smith and Roy Keane.

Probably too scared to, to be fair.