Antoine Griezmann 'unhappy' at Barcelona with Koeman playing him out of position, claims France boss Deschamps FRANCE boss Didier Deschamps has revealed that Antoine Griezmann is unhappy with his new role at Barcelona under Ronald Koeman.

The 29-year-old has started all three LaLiga games on the right wing, where he has failed to chip in with a single goal or assist. 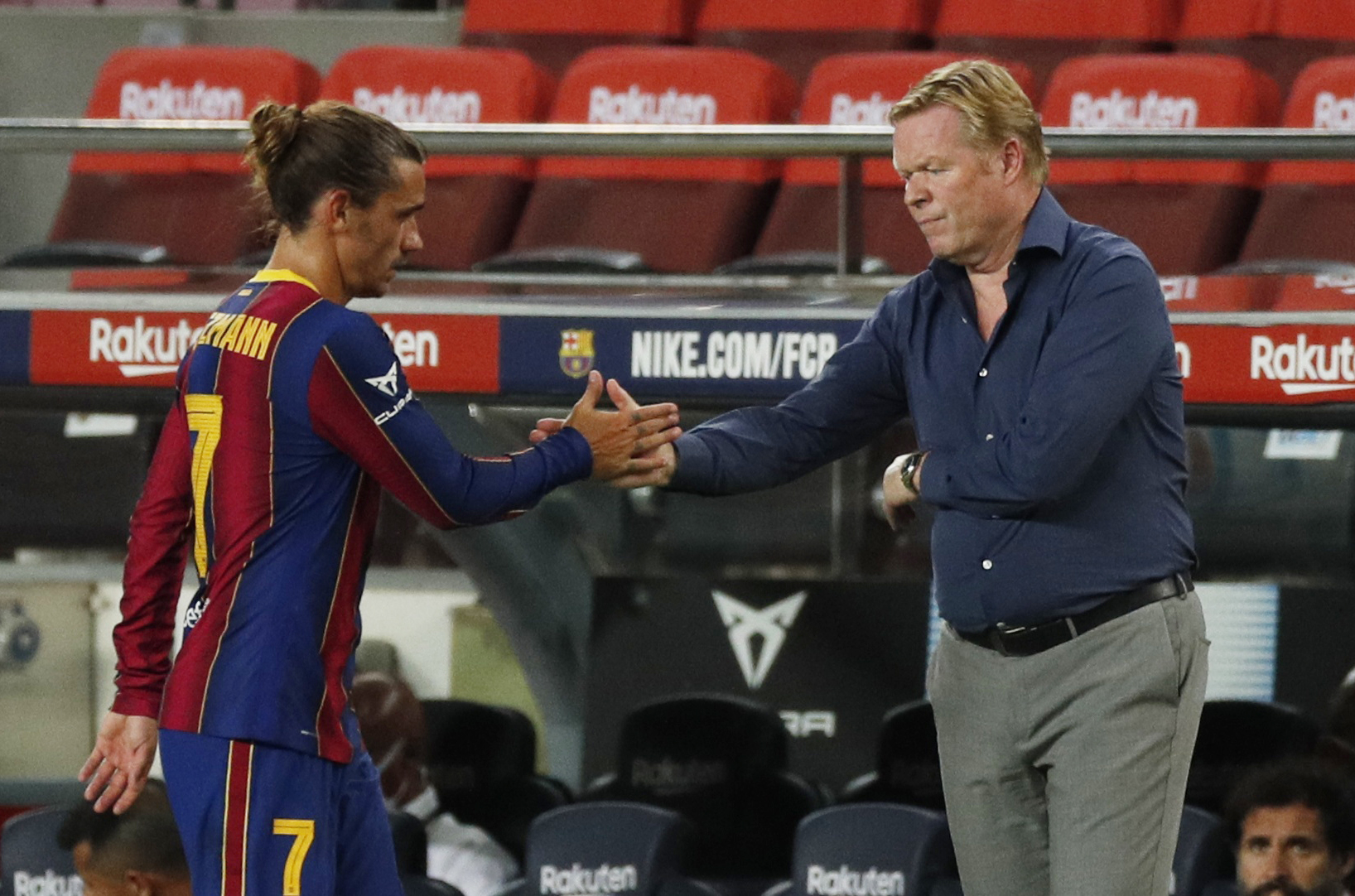 His favourite position behind the striker has been taken by Philippe Coutinho, with Koeman opting for Lionel Messi to lead the line.

Deschamps said: "I'm talking to him and I'll see him later. I am sure he is not happy with this situation.

"I don't interfere with the use of my players in other clubs, be at Barca or anyone else.

"Antoine is playing on the right there at the moment.

"It's true that Koeman said, and told him, that he did not understand that he was used to playing in a more central position.

"But Antoine must also adapt today.

"For me, he is still more effective when he is in the heart of the game, when he is able to touch the ball a lot.

"In that position, he has the possibility to come and help in the midfield too.

"He doesn't have the ability to take the ball and beat opponents on the wing like others. He needs to touch the ball a lot and he is smart in his movement."

Ironically, before he became boss at the Nou Camp, Koeman hit out at previous Barca gaffer Quique Setien for not starting Griezmann in the No10 role.

He told Dutch outlet NOS: "With all my respect, Griezmann must play in his position. It is not an extreme. It is not. You have to play in your role.

"This is where the most important part of a coach comes in, knowing your players well and getting the most out of them."