The No. 1 overall draft pick signed his first autograph as a Cardinal just moments after being drafted — on a helmet that was then auctioned for $3,450. That's the most a draft helmet has gone for to date in the league's auction.

He signed his name, along with the message "Go Cards!" shortly after hearing his name called.

The proceeds are going back to the football program at Allen High School (Texas), where Murray graduated from in 2014 after dazzling even as a prep star. 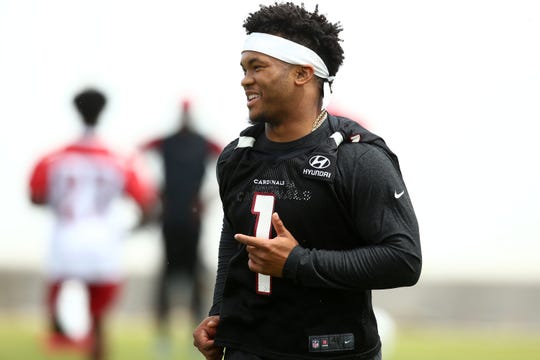 The bidding started at $150. This was the second year that the NFL Auction proceeds went straight back to draftees' own high school football programs. It's also the second year that all players from the first round were present at the draft to sign their first official autograph in person.

Last year, the highest bid on a draft helmet was $2,030 for Leighton Vander Esch (the Cowboys' first-round pick), as everything is bigger in Texas.

'Game of Thrones' mock draft: Where your favorite characters might fit in NFL

Nick Bosa's helmet from this year went for $850, so Murray can mark that up as a divisional win.