The Armenian was a major doubt for the Gunners's Europa League semi-final second leg clash at Atletico Madrid after coming off injured against Manchester United. 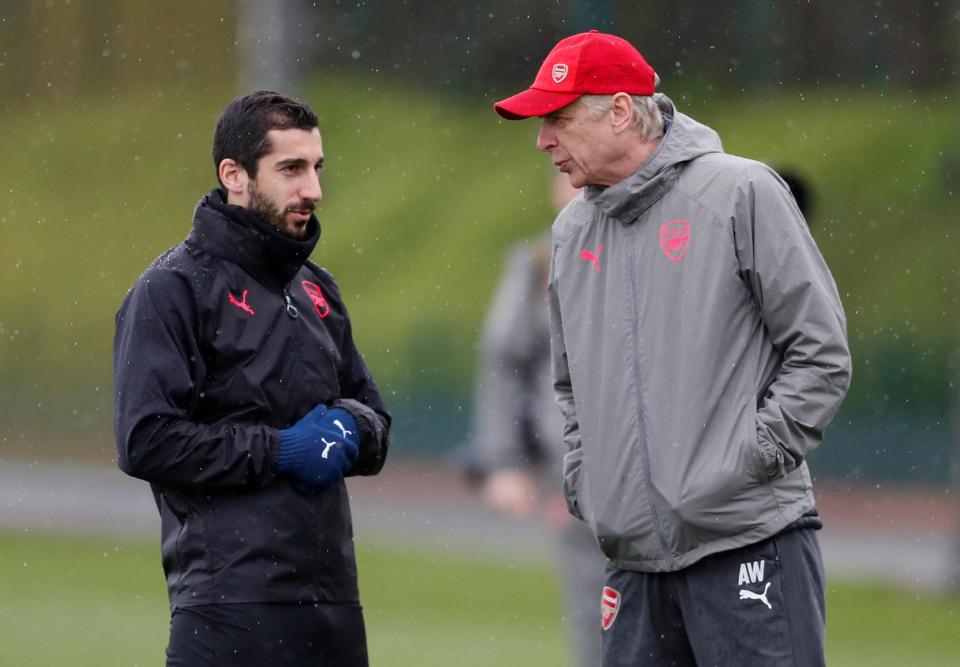 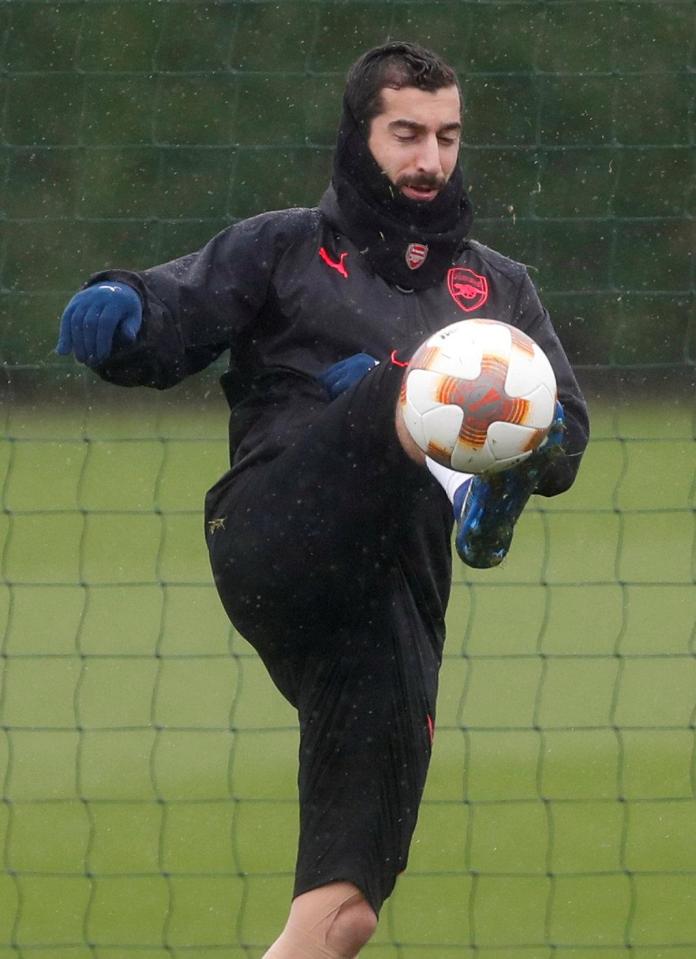 Mkhitaryan had earlier netted the equaliser after Paul Pogba had put United 1-0 up after just 16 minutes.

But that troublesome knee problem flared up once again and he was replaced in the 76th minute Joe Willock.

However with Arsenal seeking to turn around a fixture many think they are destined to lose, Mkhitaryan could feature against Atletico in the Wanda Metropolitano on Thursday night.

He was pictured in training today, as was Gunners legend Robert Pires. 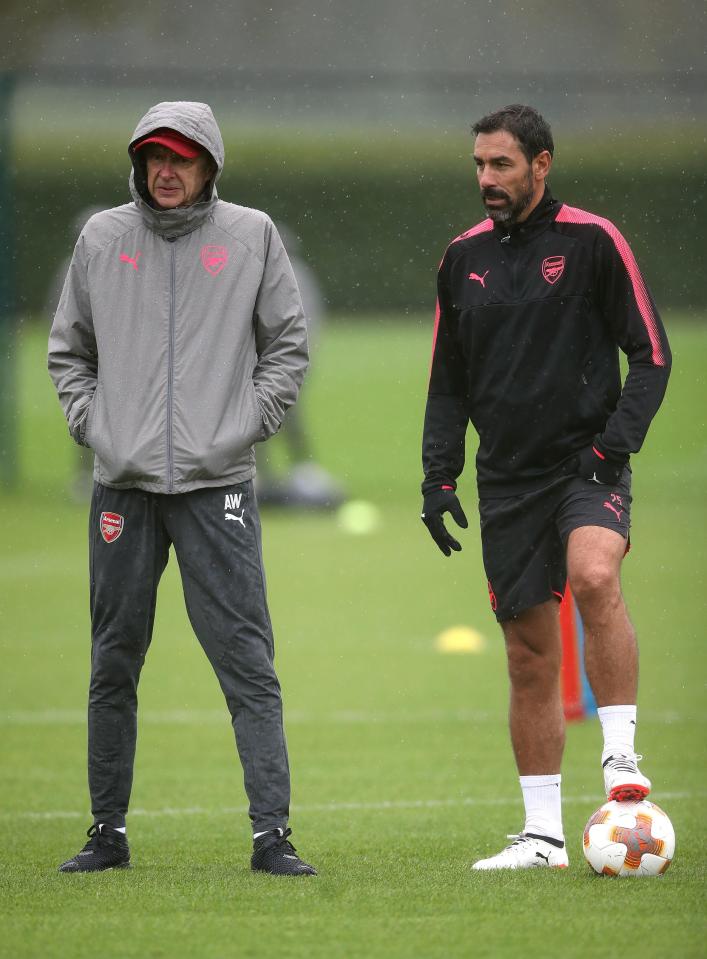 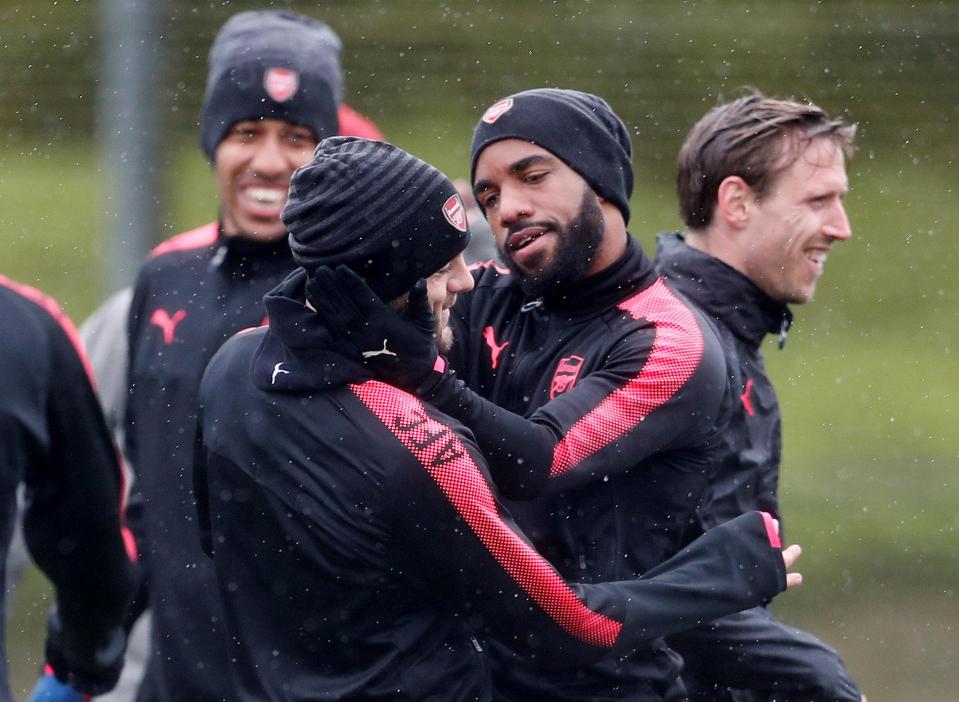 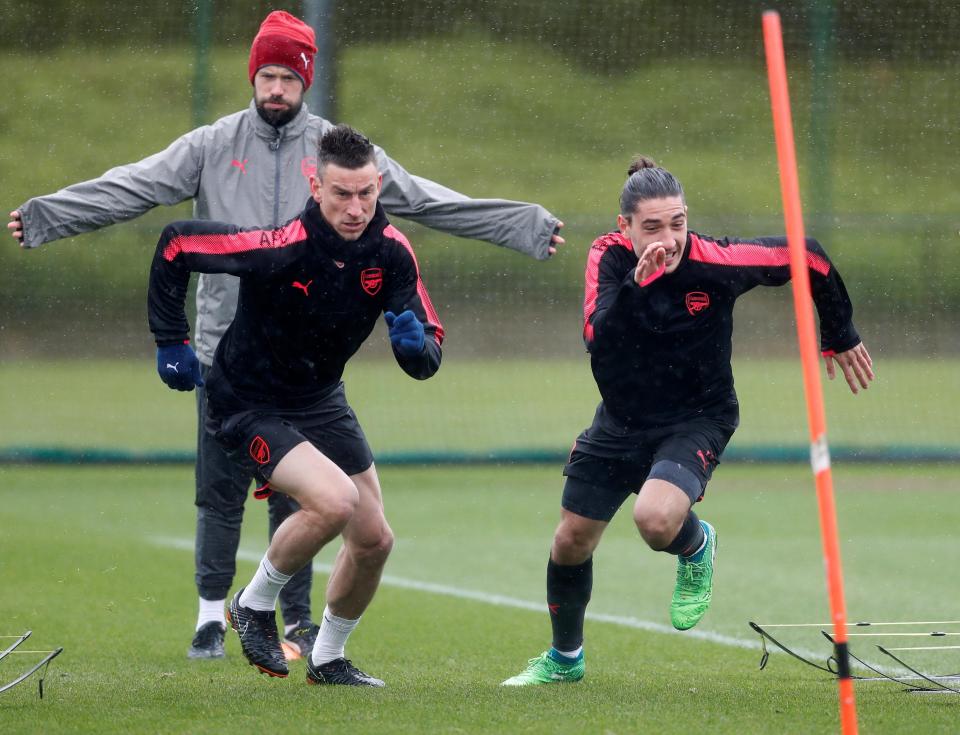 Arsene Wenger will be hoping he can spread some magic on his under-performing stars in their European date with destiny.

YOU WHAT? Arsenal managerial target has some ASTONISHING demands

Santi Cazorla returned to training ahead of Thursday's first leg but this match will likely come too soon for him.

Arsene Wenger's side will be hoping to make their first European final since 2006 if they can overcome their Spanish opponents.

Alexandre Lacazette gave Arsenal the lead at the Emirates but his strike was cancelled out by fellow Frenchman Antoine Griezmann.

Sime Vrsaljko was sent off for two bookings in the first ten minutes, meaning he will miss the second leg, but Griezmann's away goal put his side in the driving seat. 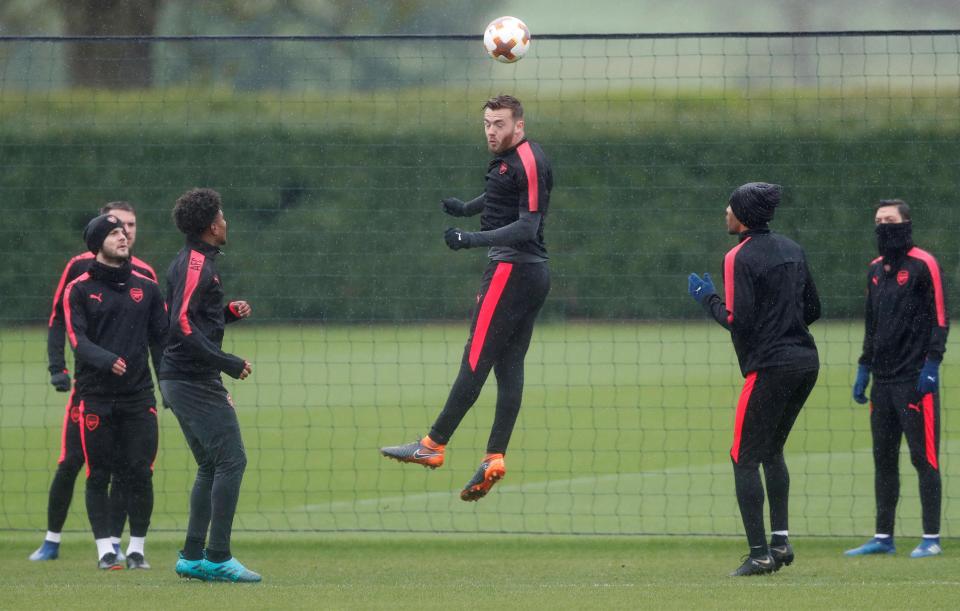