The Spaniard has been suffering from an injury nightmare which has seen him undergo TEN operations on his right ankle. 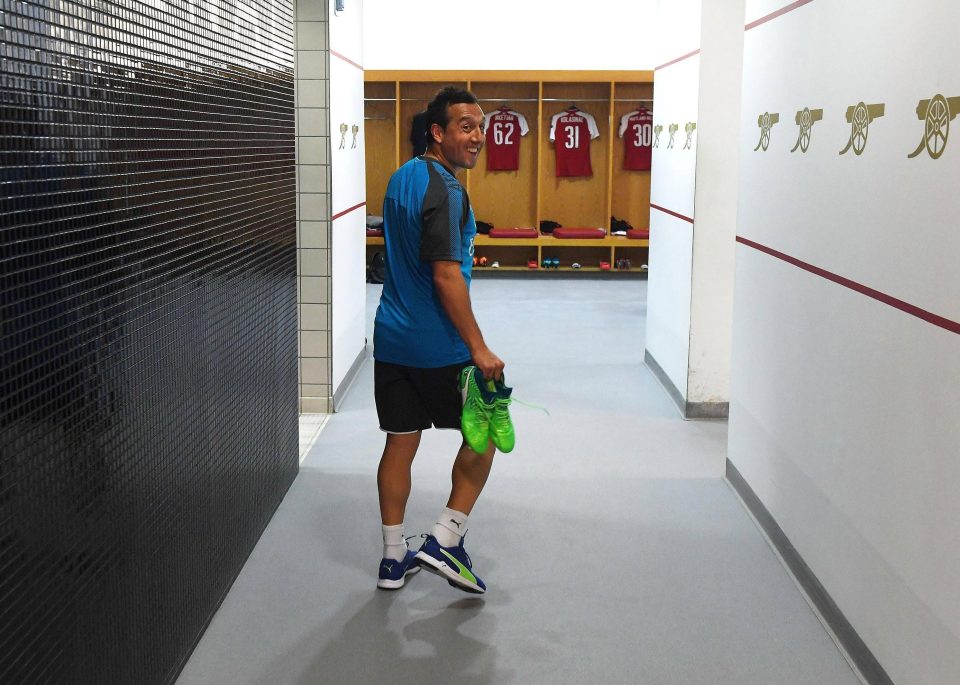 Cazorla has lost part of his Achilles tendon as a result of an infection and was told by doctors he would be lucky to walk again.

Skin grafts from his arm have helped the 33-year-old to recover, with Cazorla yet to play since October 2016.

But he is out of contract at the end of the season and questions remain over his future in the game.

However, Cazorla is making sure he enjoyshwhat could be his final months at Arsenal in the meantime. 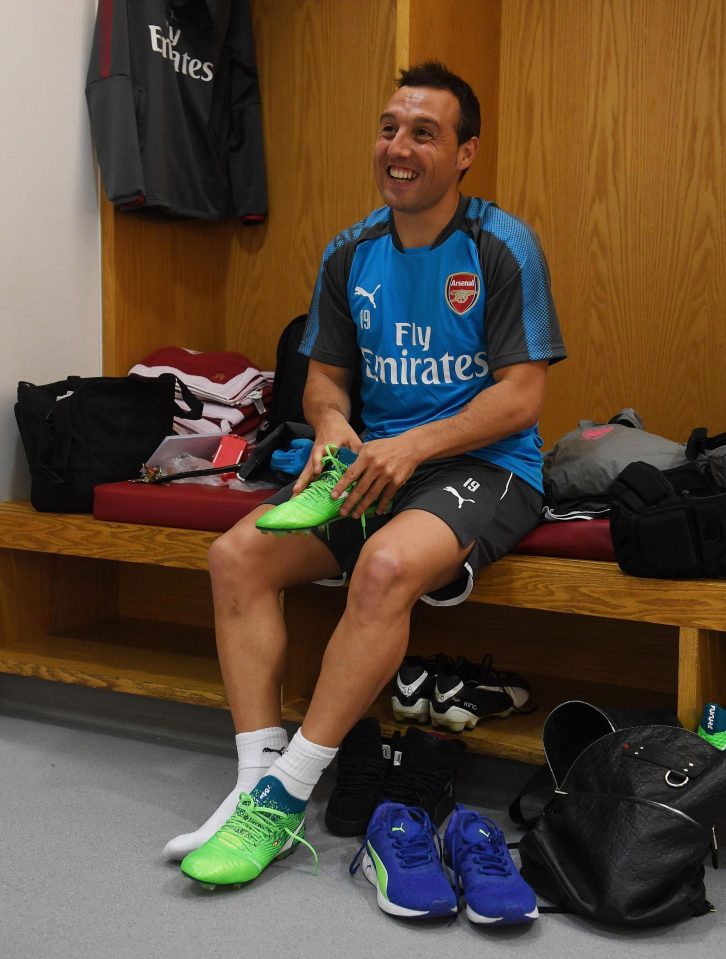 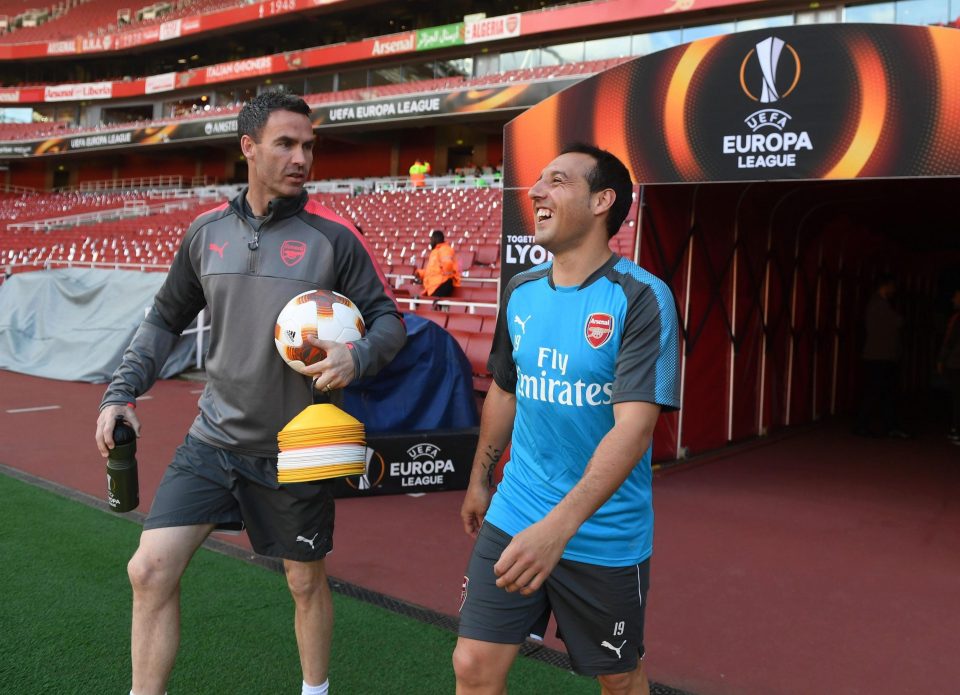 The playmaker had a huge smile on his face as he jogged around the pitch and took part in some solo training drills.

On Cazorla’s chances of a comeback, Wenger said last week: “I have not seen him since the League Cup final because he has gone back to make his rehab.

“But the last news I heard is that he is doing very well, so I hope that certainly he will come back before the end of the season and we can make a check-up of where he stands.

“Can he play again in the Premier League? I don’t know, I have to see how he responds to his injury. I hope yes, but I don’t know.” 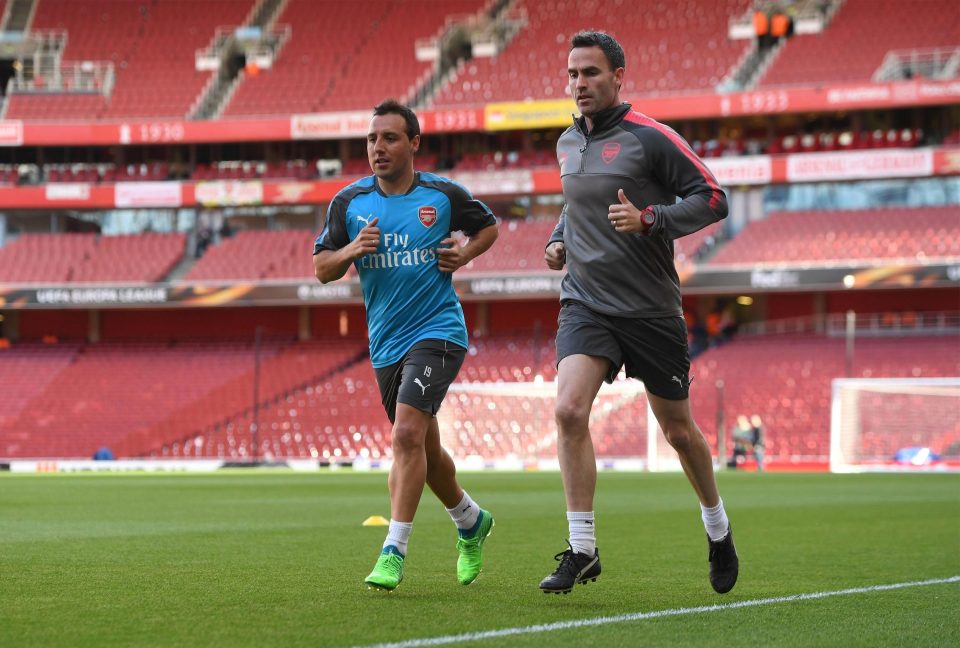 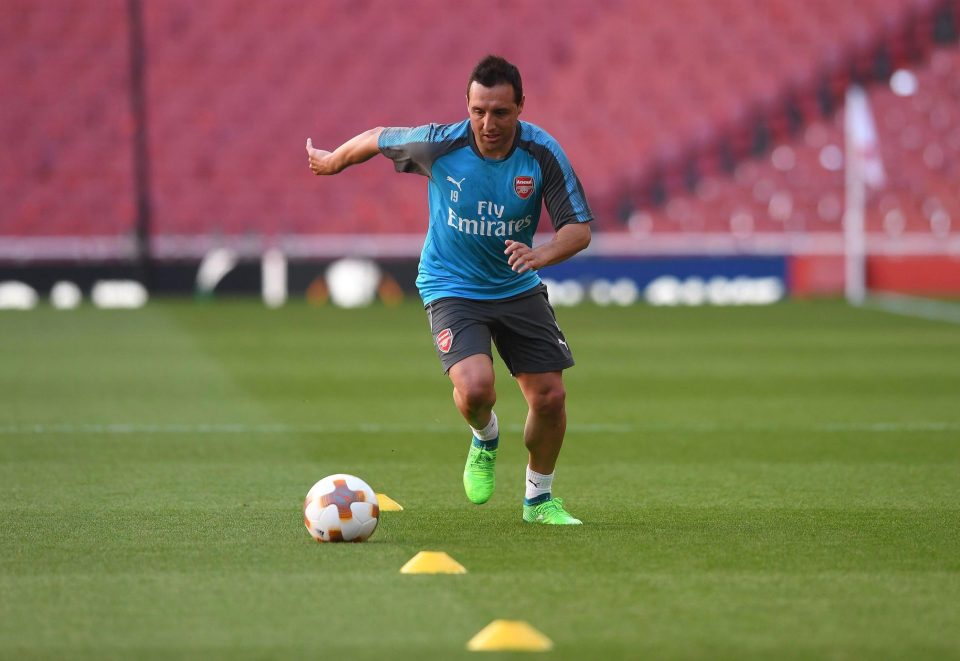 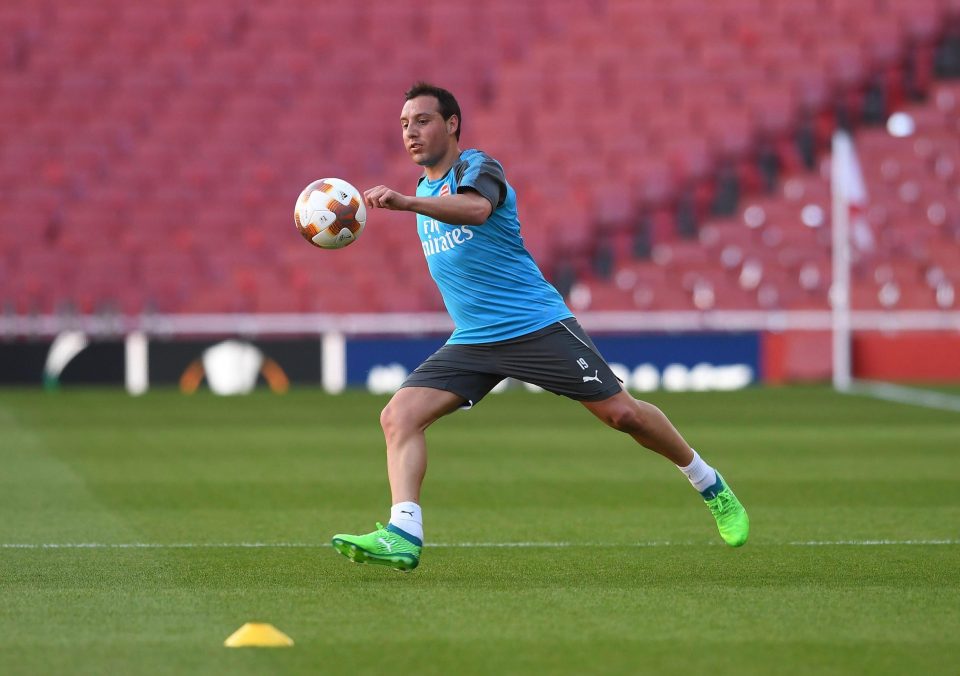