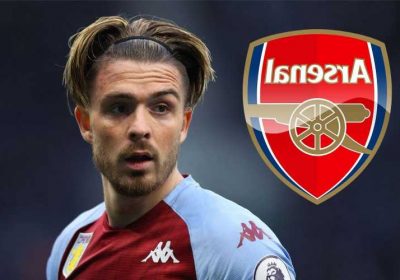 ARSENAL have been linked with a move for Aston Villa captain Jack Grealish – but Manchester City are still leading the race, according to reports.

Pep Guardiola's champions have long been linked with a £100million move for the England ace.

However, The Athletic report Arsenal 'admire' Grealish, 25, along with rivals Tottenham.

It's unlikely either North London club will have the financial clout to sign the attacking midfielder this summer.

On top of that, Grealish is said to be happy at Villa Park and would only consider leaving for Champions League football.

Neither Arsenal nor Spurs are able to offer that in 2021-22.

The Gunners failed to qualify for Europe having finished eighth last term, while Tottenham are only in the THIRD tier of continental football, preparing to take part in the inaugural Europa Conference League.

Manchester United had been keen on the Three Lions ace last summer.

But having signed Jadon Sancho, interest at Old Trafford has cooled.

COMPETITION: SPOT THE BALL TO WIN A CAR AND CASH

Man City now appear to be the only club able to meet Villa's £100m-plus valuation.

But with Aston Villa eager for Grealish to sign a new deal and the player himself thought to be keen on the idea of playing in front of Villa Park fans once more, he could yet stay put.

In fact, The Athletic claim Villa chiefs are telling potential new signings they will be joining Grealish in the team, as they grow increasingly confident of clinging onto their star man.

And Grealish further fuelled speculation he would stay after posing in their new home kit fo the 2021-22 season.