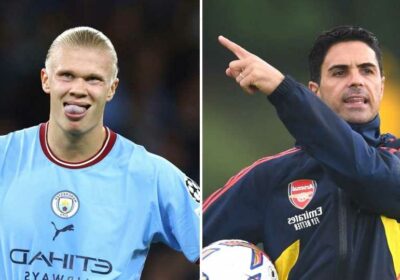 ARSENAL are sitting on their hands after having their games against PSV Eindhoven and Manchester City postponed.

But the Gunners will still play Brentford on Sunday before an international break.

Mikel Arteta's side have had the perfect start to the Premier League season before their defeat to Manchester United.

And there is regret that the Gunners missed out on prodigious striker Erling Haaland who was available before exploding on to the scene – he is now scoring for fun for new club Manchester City.

Stay up to date with all the latest from the Emirates…