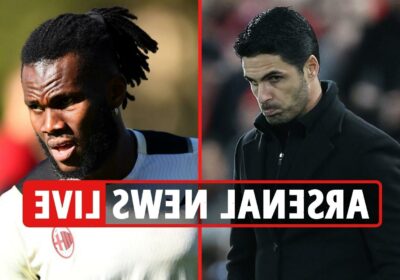 ARSENAL's winning streak is over after a 4-0 defeat at Liverpool.

And boss Mikel Arteta has been SLAMMED by Gunners fan Piers Morgan after the one-sided loss at Anfield.

On the transfer front,Arsenal are eyeing a move for Ajax wonderkid Noussair Mazraoui, who could be available at a bargain price in January.

Meanwhile, Nicolas Pepe could be on his way out of the exit door in January with Newcastle, Everton and Crystal Palace linked with £72m winger.