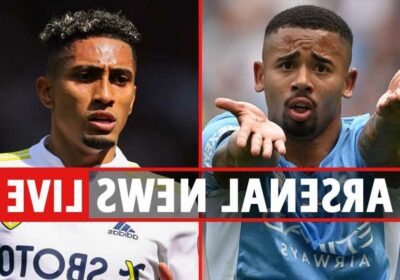 ARSENAL are set to complete the signing of Raphinha this week, according to reports.

The Leeds United star has attracted interest from several clubs this summer including Barcelona.

Meanwhile, Gunners fans are already hailing incoming signing Matt Turner before even playing a game for the Gunners.

After his last game in the MLS, the New England Revolution star denied signing a shirt for a fan wearing a Spurs strip, calling it 'disgusting'.

Arsenal are putting together a following bid for Ajax star Lisandro Martinez after the Eredivisie champions rejected their offer of €30m for the Argentine international.

Stay up to date with all the latest from the Emirates…