Arsenal boss Wenger was given a vase by his greatest old foe Sir Alex Ferguson before kick-off, with current United chief Jose Mourinho joining in the respectful moment. 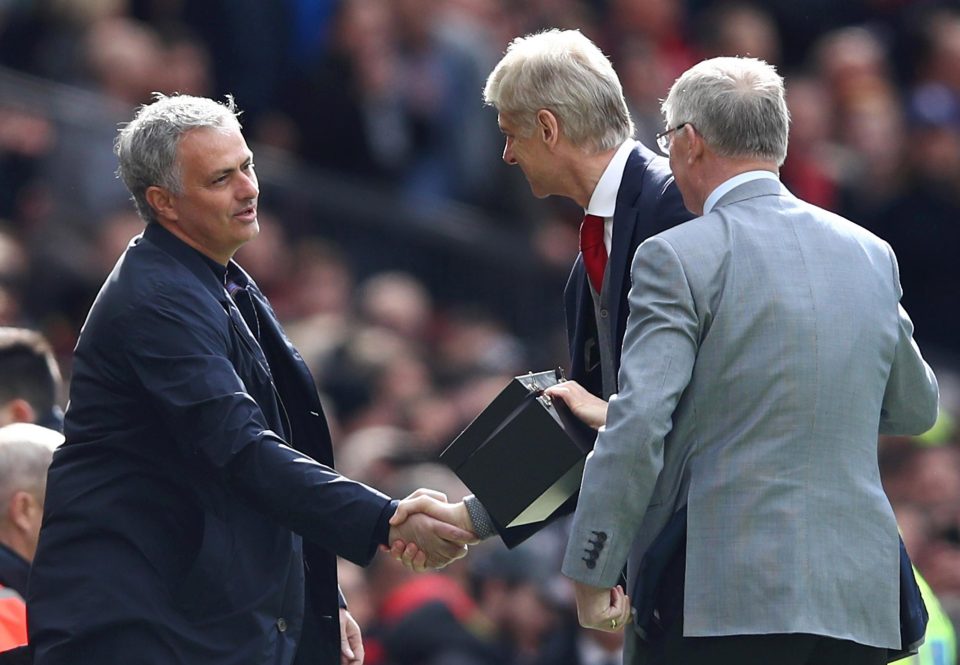 But United's players slightly tarnished the Frenchman's mood by nicking a 2-1 win against a young Gunners side.

Wenger said of the pre-match embrace:  "It was a very nice gesture. I would like to thank them.

"It shows that the big things in life, sometimes they finish well." 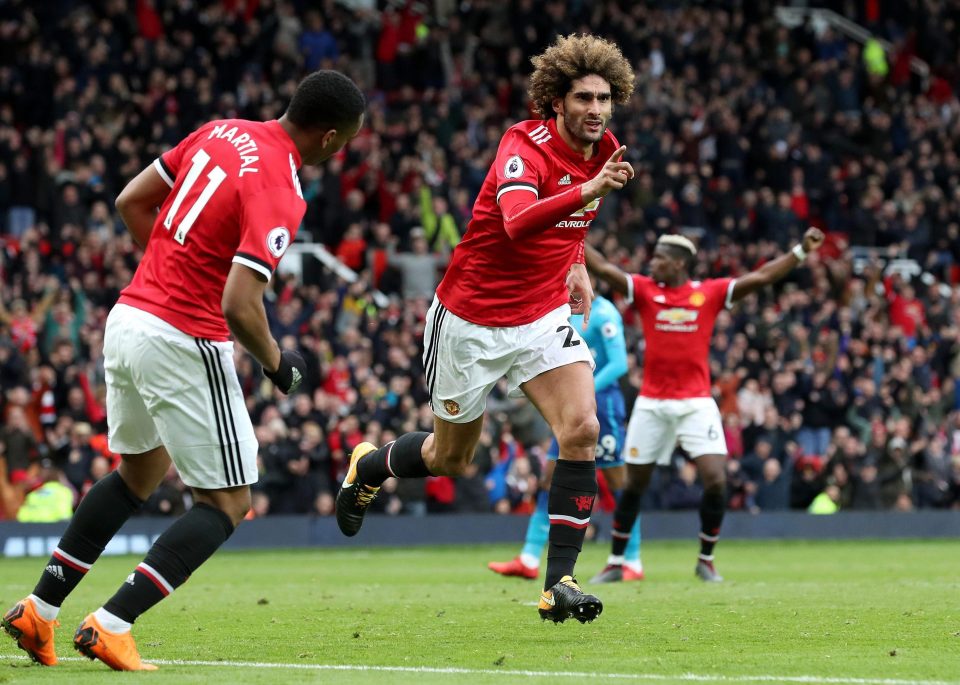 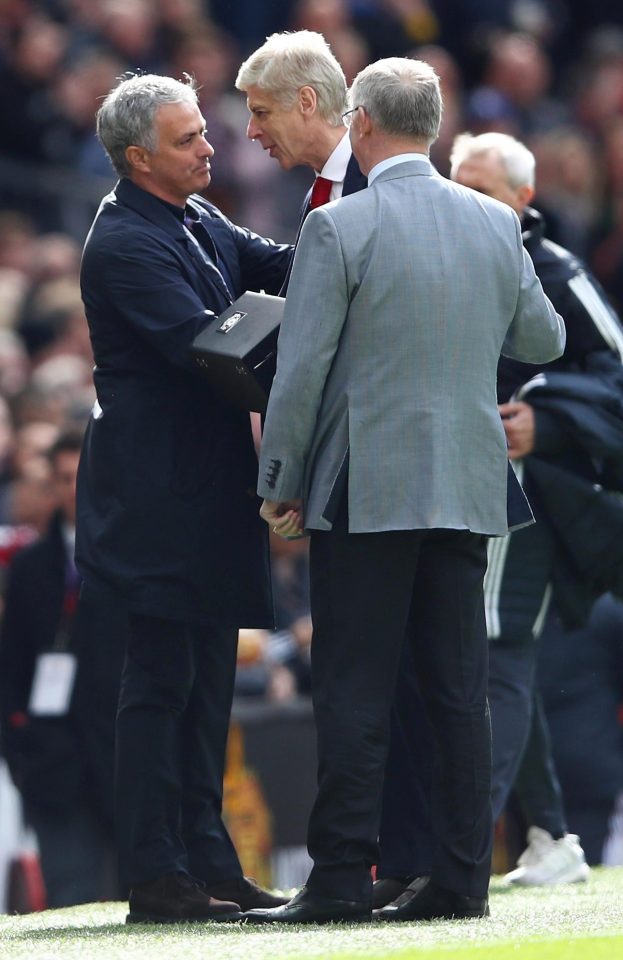 And he told Sky Sports: "It was very nice and classy. I enjoyed it.

"I have come here for a long long time. Next year, someone else will be in the dug-out and it will be a hostile environment again."

Wenger played a weakened team as the sixth-placed Gunners are much more concerned about next Thursday's Europa League semi-final second leg away to Atletico Madrid.

Arsenal are the underdogs after Antoine Griezmann poached a late leveller for the 10-man Spaniards in last week's 1-1 draw, after Alewxandre Lacazette nodded the opener.

But the Frenchman, who will leave in the summer after 22 years as Arsenal boss, saluted his inexperienced side for pushing United all the way.

He told the BBC:   "It was unfortunate because we had a positive performance but we paid for the fatigue in the final 20 minutes from players who are not used to it.

"They did very well for the most part. It is unfortunate that they could not get the reward for that.

"We will see if Henrikh Mkhitaryan is available for Thursday. I took him off because he had a bang on his knee."

Former Chelsea chief Mourinho has admitted in the past week he regrets some of his past spats with Wenger.

And of United's tribute to Wenger today he told Sky Sports:  "I think we did it fantastically well as a club.

"It would mean more for Sir Alex to do it. I only played Mr Wenger three or four times as United manager."

Paul Pogba stabbed United in fornt before ex-United wideman Henrikh Mkhitaryan snaked through for an equaliser. 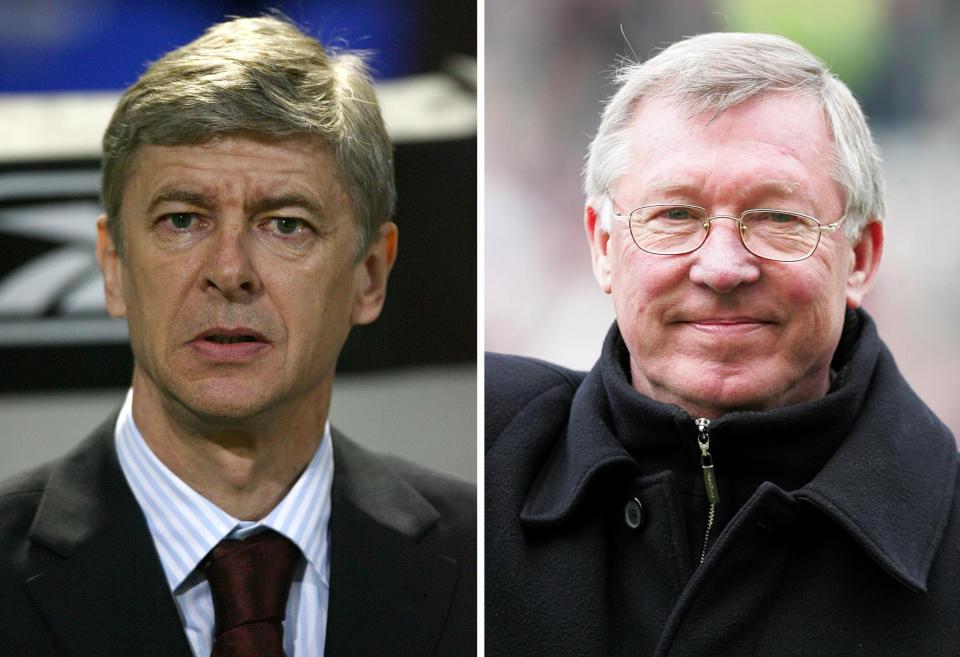 "We were not better than them and their young team was solid and well-organised.

"When they scored, they decided to not lose the game and we started to take the game in another direction.

"We got width, more crosses and Marouane’s presence in the box caused them problems.

"We deserved to win because of that last push."

Mourinho insisted he expects to keep Fellaini, despite constant speculation over the Belgian midfielder's future.

He said: "I think Fellaini will stay. We are trying to organise our team and are thinking about improvements. Until now, I haven’t lost one second thinking about replacing him because I think he will stay."