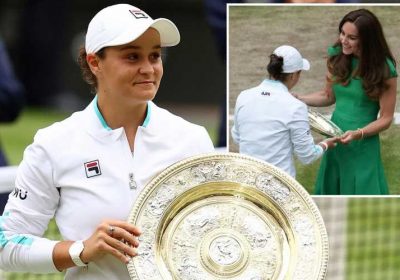 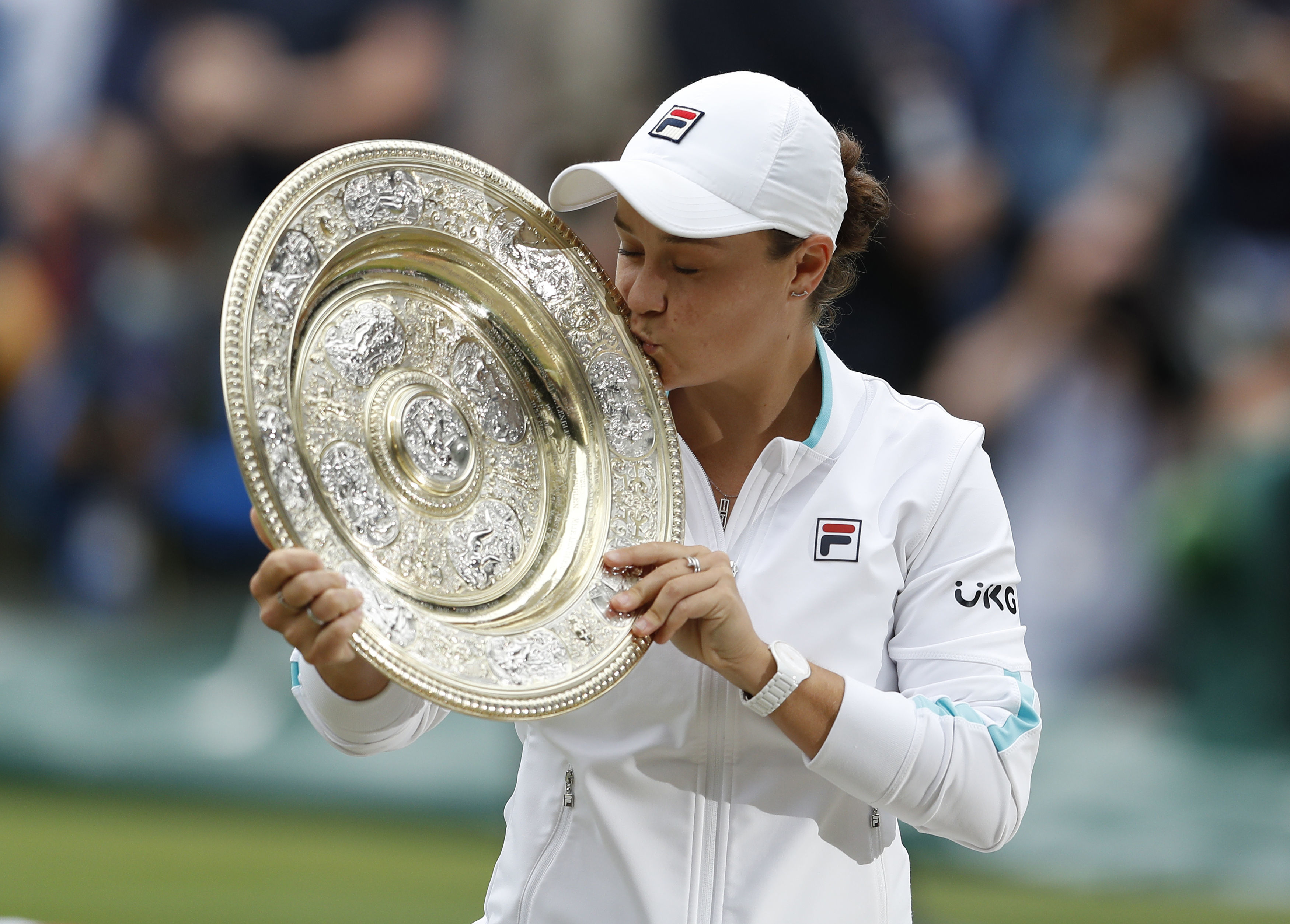 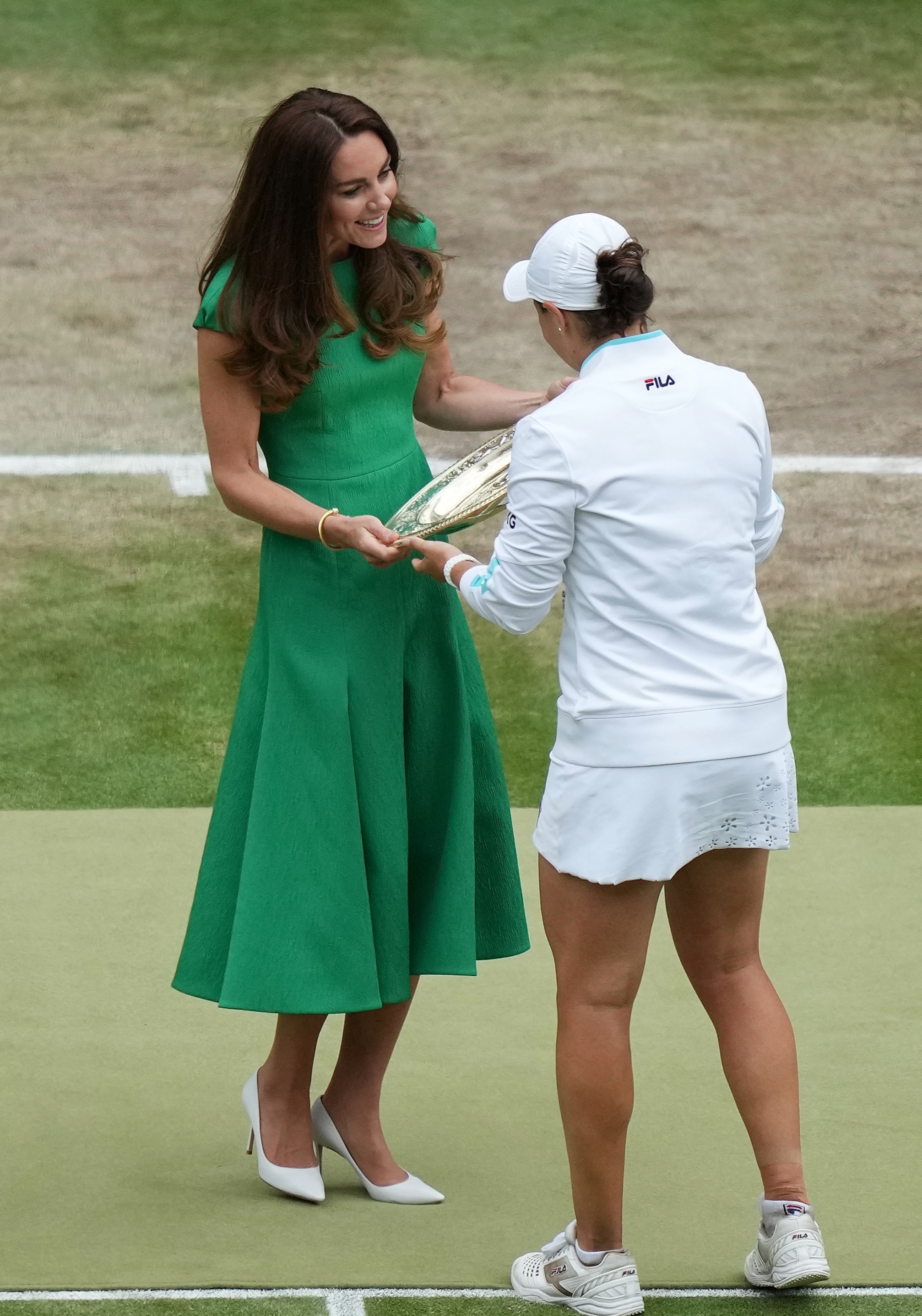 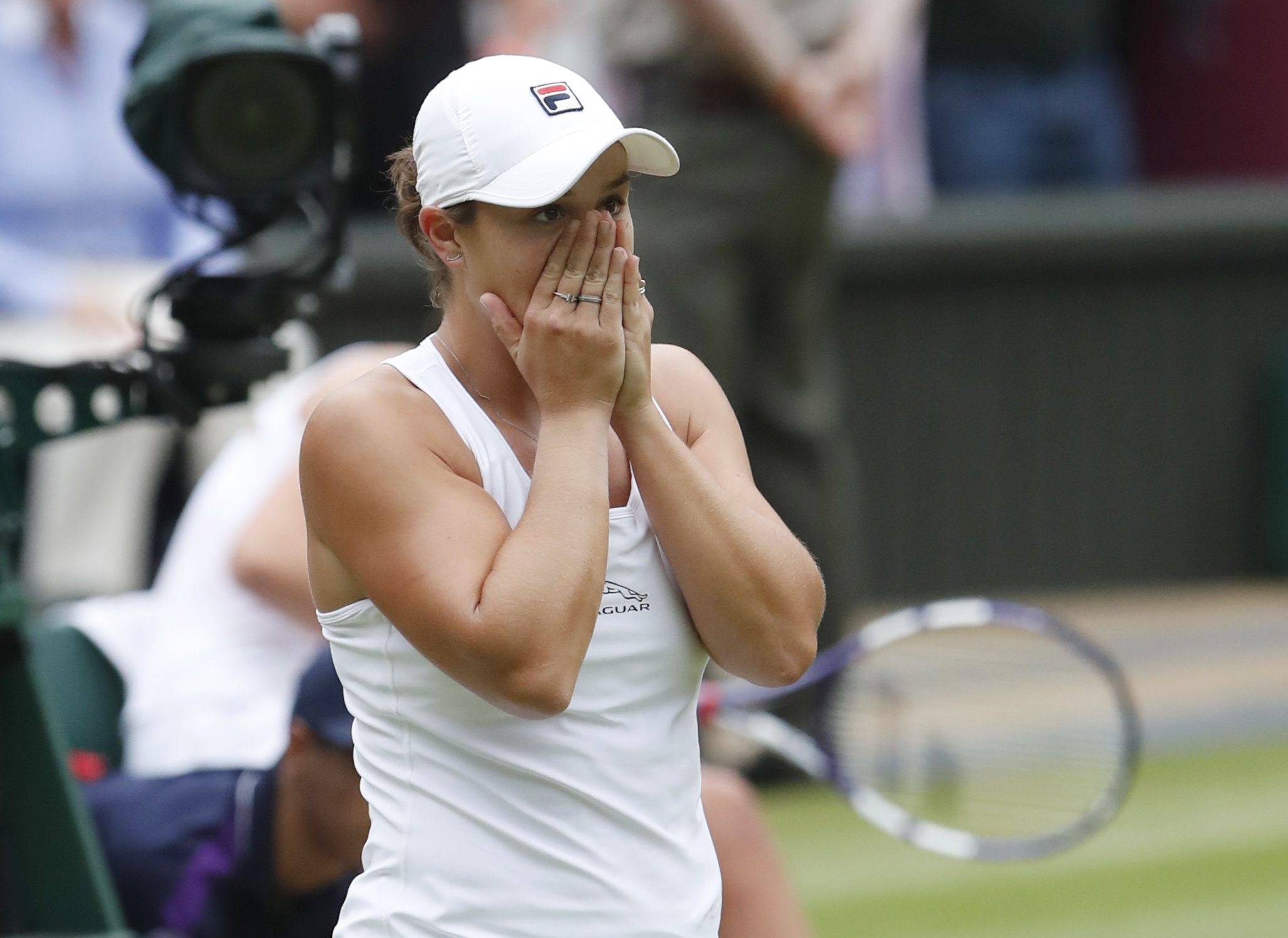 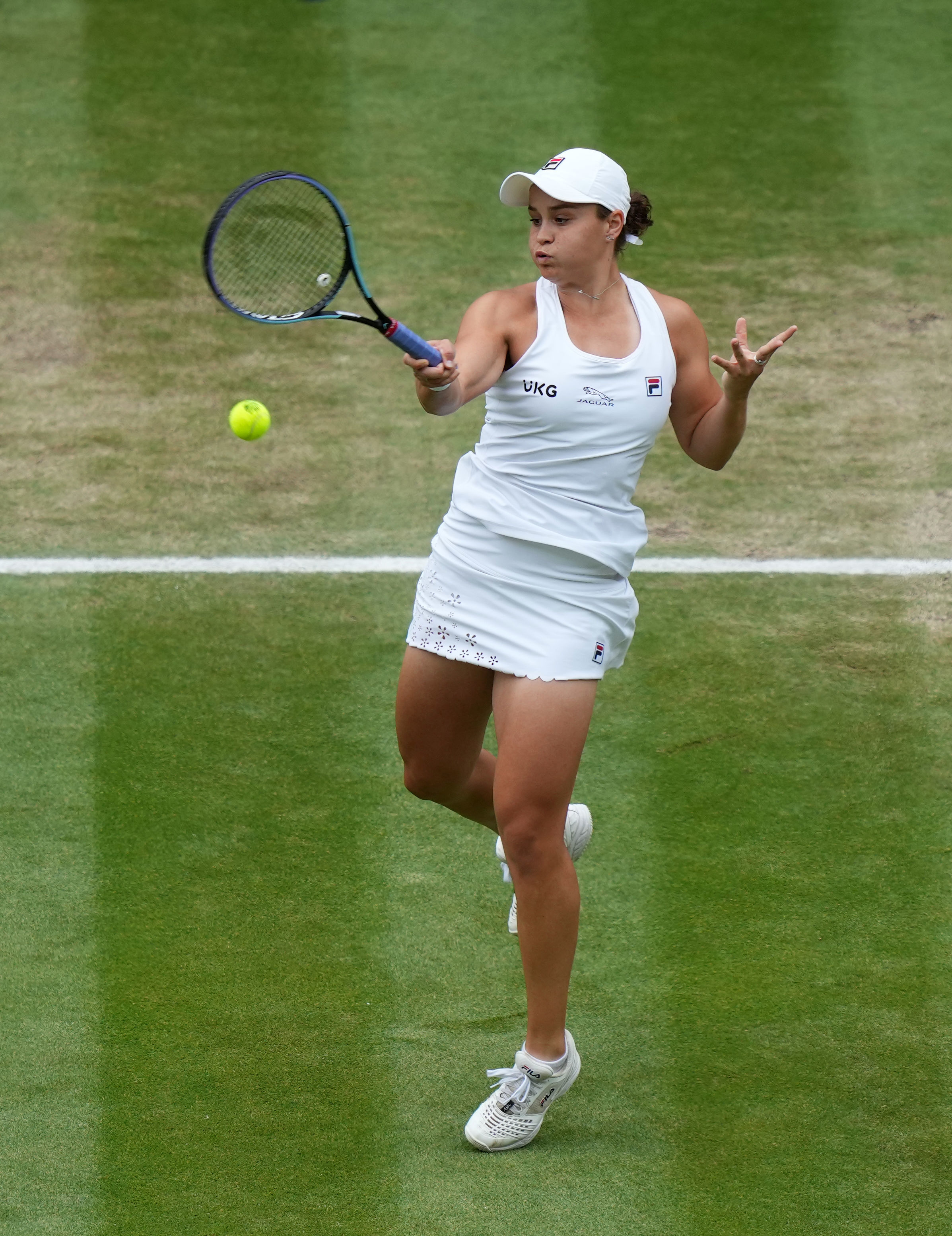 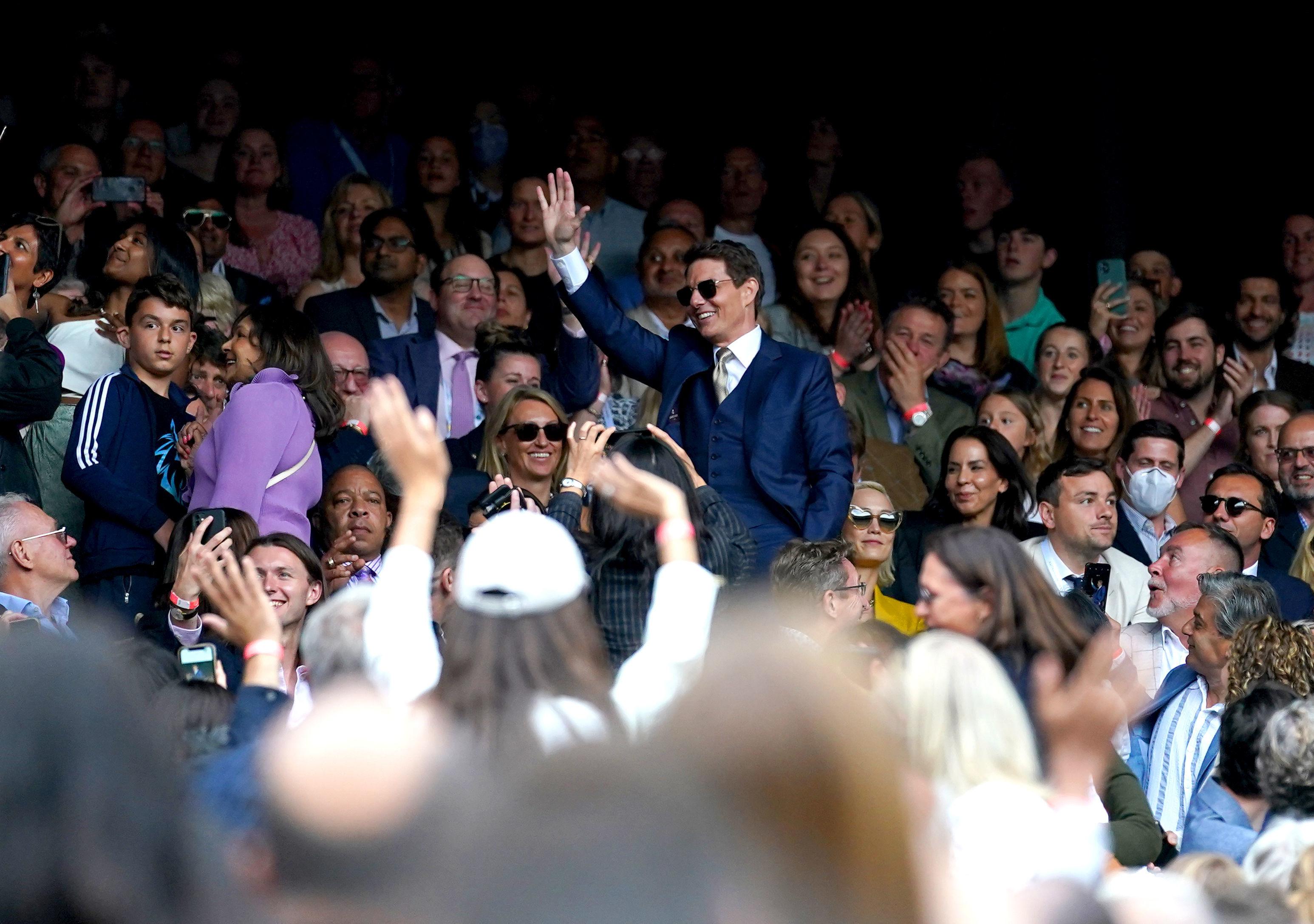 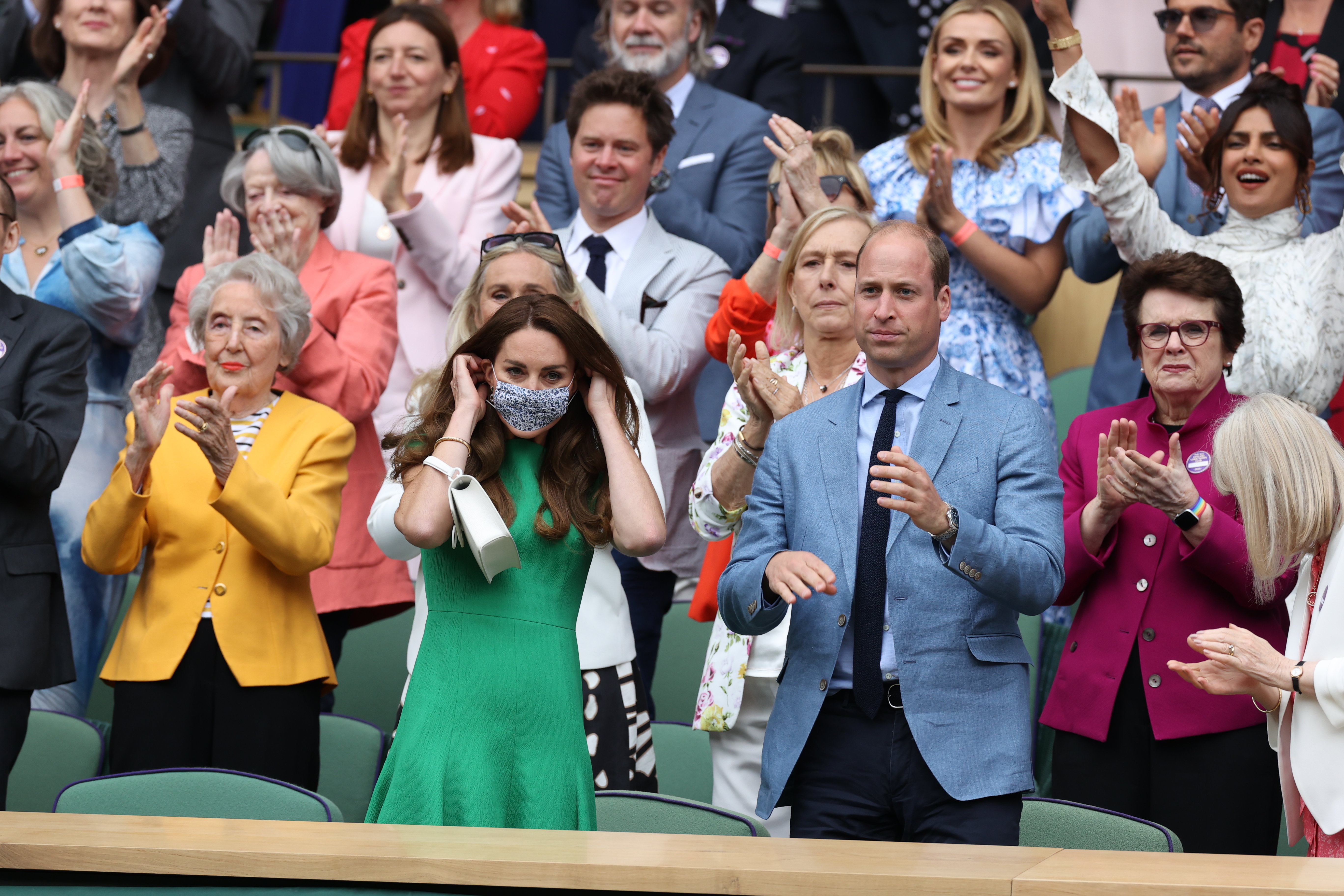 Tennis fans who stayed up late in her hometown of Ipswich, Queensland watched with enormous pride and disbelief as Barty overcame Czech Karolina Pliskova 6-3 6-7 6-3.

Though she received the trophy from the future Queen of the UK and Commonwealth, it was not exactly a regal performance from the world No.1.

But that will matter little for no-nonsense Barty as she clinched a second tennis slam – and banked a £1.7million cheque – despite five doubles faults and several moments of nervy tennis.

This is the first time an Aussie woman has won on the SW19 lawns since 1980 and it comes 50 years since Evonne Goolagong Cawley’s breakthrough victory, a significant moment for the Aboriginal community.

It is fitting that the pair share a connection through their ingenious roots and Barty has been wearing a scallop-edged dress in honour of her mentor and heroine.

This was the first time since the summer of 1977 – the year Virginia Wade raised the British flag high – that both women were making their debut appearance in a Wimbledon final. 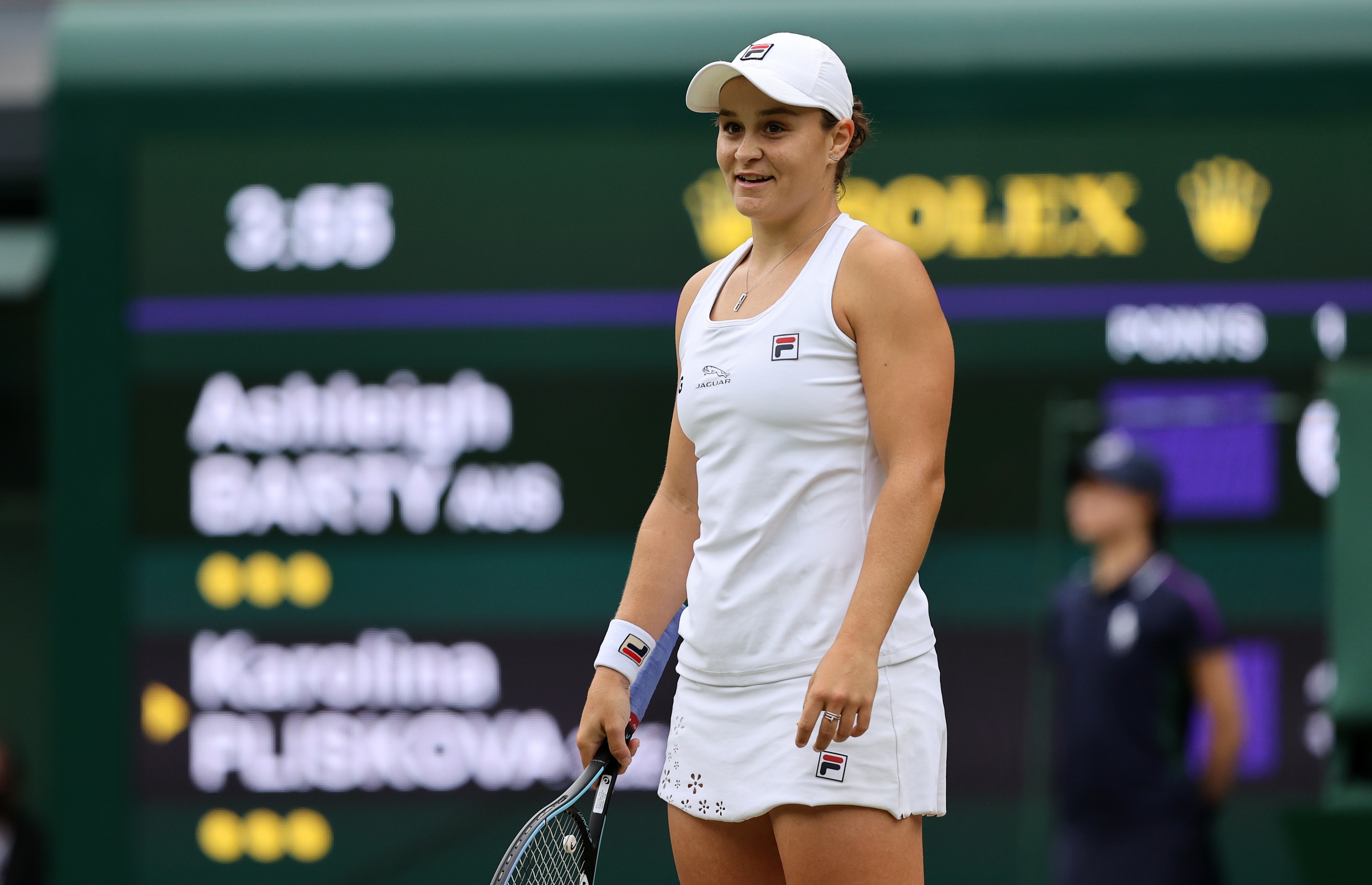 It was 11pm local time on the east coast of Australia when the first serves were struck in anger in south-west London.

And the locals Down Under could not believe their eyes, probably thinking they had drunk far too much Castlemaine XXXX.

Dominant Barty, 25, won the opening 14 POINTS of the match, wooing the crowd with a repertoire of outstanding shots – backhand winners down the line, 104mph aces, even one cheeky lob over the head of Pliskova.

Nerves had visibly affected the frozen Pliskova – in her second major final, she was struggling to find any rhythm and her otherwise excellent serve was malfunctioning.

A double fault gave Barty a 4-0 lead inside 11 minutes and surprised onlookers were consulting the record books for the quickest post-war finals in history.

Though Pliskova, 29, commendably broke back in the fifth game and held serve twice – thereby ensuring she would not be bagelled – solid Barty served out the set in under half an hour.

It was so poor and out-of-character from No8 seed Pliskova that, in front of the watching Hollywood actor Tom Cruise, this was looking more and more like Mission: Impossible.

Yet in the second set, Pliskova started swinging with more freedom, the serve motion improved = notably one 114mph bomb – and her confidence levels soared.

And having forced a second-set tie-break thanks to a key break of serve, Pliskova valiantly forced a third set, albeit when Barty double-faulted on the third set point.

This was the first time since that glorious summer of 2012 when Serena Williams beat Poland’s Agnieszka Radwanska that the women’s final had required three sets.

It should have been the platform for an epic comeback for the underdog but the Pliskova errors resurfaced and she soon found herself 3-0 and then 5-2 down.

They thought it was all OVA for Sweet Karolina at this point – and it was when a Pliskova shot crashed into the net.

Barty, the 2011 Wimbledon girls champion at the age of 15, becomes just the fourth woman in the Open Era after Ann Jones, Martina Hingis and Amelie Mauresmo to back up a junior title with the big one.

No doubt any drunk and delirious fans 9,700 miles away were partying long and hard into the night.

Barty broke down in tears and then climbed up to the players’ box like fellow Aussie Pat Cash memorably first did in 1987.

She said: “This is incredible. Everyone in this stadium has made this dream so special.

“I had to keep fighting, she is an incredible fighter and brought out the very best in me.

“It was an exceptional match from the start. I kept chipping away in the third set and held my nerve.

“I cannot remember match point! I didn’t sleep a lot last night, I thought of all the ‘what ifs?’ But when I came out here, I felt at home. To share this with everyone and my team is incredible. We will keep the partying low-key tonight.

“Evonne means a lot. I hope I have made her proud.”

Tears were contagious and Pliskova started to sob too in the trophy presentation.

“I fought very hard to make it difficult for her in the second set. Congrats to her and her team.”