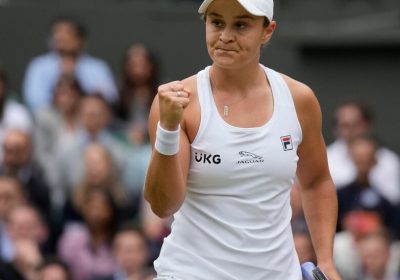 The world No. 1 and tournament favorite fended off Karolina Pliskova in three sets to win her first Wimbledon championship. 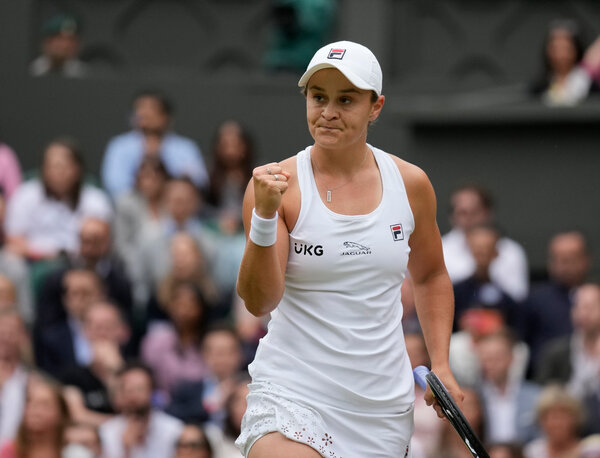 Barty is the No. 1-ranked player in the world and was the top seed at Wimbledon but she was hardly considered a runaway favorite at Wimbledon, a tournament she has never won. Just last month, Barty had to retire in the middle of her second round match at the French Open with an injury to her left hip.

She did not play a warm-up event on grass ahead of Wimbledon but reeled off six straight wins at the All England Club without dropping a set on her way to the final. Barty is the first Australian woman to win the Wimbledon singles title since Evonne Goolagong Cawley won the title in 1980.

Barty chose not to play in 2020 when tennis resumed in August, remaining instead in Australia. She returned to the sport in January for a tuneup event ahead of the Australian Open but lost in the quarterfinal of the her country’s championship.

Since then, she has had a standout year, even with her injury in France, and especially considering that because of Australia’s strict quarantine requirements, she has not been home since March. Barty will not head home until at least after the United States Open in September.

In beating Pliskova, Barty knocked off a two-time Grand Slam finalist whose own success at Wimbledon was perhaps even more surprising than Barty’s. Pliskova, who was seeded eighth, had lost three of her last four matches ahead of Wimbledon and suffered a humiliating 6-0, 6-0 loss to Iga Swiatek of Poland at the Italian Open in May.