Home » Sport » Australian rugby on brink of 'sinking without a trace': Kiwi columnist

Australian rugby on brink of 'sinking without a trace': Kiwi columnist Australian rugby is on the brink of “sinking without a trace” and New Zealand Rugby should seriously consider pushing for another reduction in teams across the ditch, or entertain the possibility of playing its own competition.

That is the view of one New Zealand rugby columnist who has stuck the boot into Australian rugby on the eve a critical weekend for the code in this country. 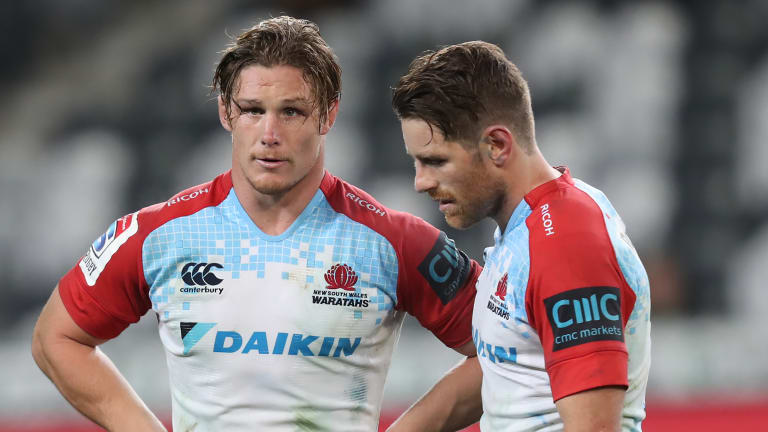 Australian Super Rugby teams are in the middle of a 36-game losing drought against New Zealand opposition and have the chance to snap that streak this weekend.

The Melbourne Rebels host the Crusaders on Friday, while the NSW Waratahs take on the struggling Blues at Brookvale on Saturday evening.

New Zealand Herald columnist Gregor Paul has slammed Australian rugby in a piece published on Friday, saying that if the Waratahs lose to the Blues, who have won two games from nine attempts this season, the situation will become “hopeless”.

“If the sequence isn't broken this weekend then it will be time for New Zealand Rugby to genuinely question whether they want any attachment to a vessel that is clearly sinking without a trace,” Paul wrote.

“But three wins in three years is not a bad run so much as confirmation that rugby in Australia has set course for oblivion and intends to be in a thousand pieces by the time it arrives.

“It really will be that bad. The thread to which Australian rugby is clinging will snap and their place in the Super Rugby universe should be seen as tenuous.

“Australian rugby will become the sort of thing to keep an eye out for in car boot sales: its only value being nostalgic, it's only interested buyers the old time tragics who can remember the days when the Reds and Brumbies used to scare other teams with the talent at their disposal.”

The SANZAAR broadcast agreement ends after the 2020 season and there is scope for another change to the Super Rugby competition structure.

At present there are five New Zealand, four Australian and four South African teams, as well as one Japanese and one Argentinian side.

The view from New Zealand is that perhaps world rugby’s most powerful nation might have to look after itself.

“The question won't be why give them four Super Rugby teams, but why give them any at all?” Paul wrote. "NZR can't ignore what is staring them in the face – which is, that allowing Australia to retain four teams in Super Rugby is maybe not wise.

“NZR's generosity might have to end. They have, after all, killed their own provincial competition in the last 20 years to allow Australia to build theirs.

“They have fairly shared the millions in Super Rugby TV revenue even though the Kiwi teams are the ones which have the vast majority of the audience and they indulged the ARU when they wanted to put a team in Melbourne and then in Perth.

“To go suddenly cold on Australia may seem like a radical departure from the current thinking, but maybe not so much as NZR appear hellbent on making Super Rugby a procession of games between New Zealand teams.”

Some off-field drama in Australian rugby this year also got a mention in the column.

“This week one of their most senior and best educated Wallabies dressed up as a cow and disgraced himself and captain Michael Hooper failed to make any reassuring noises about being interested in the five-year, one million dollars a season deal he has reportedly been offered," Paul wrote.

"The whole Israel Folau business, where he has managed to alienate vast tracts of the population, drag rugby back to the dark ages and still avoid any official reprimand, [solves] the mystery of whether player or executive holds the power across the Tasman.”