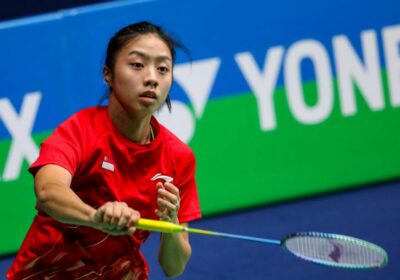 SINGAPORE – National shuttler Yeo Jia Min advanced to the second round of the Indonesia Masters on Wednesday (Nov 17) after beating Denmark’s Line Christophersen 21-18, 21-18 in the opening round.

The pair went toe to toe for the bulk of the first game at the Bali International Convention Centre, until Yeo pulled away towards the end.

She rode on that momentum in the second game, going up 6-0 in the first few minutes.

In their three encounters so far, Kawakami has won twice, including their last meeting at the Yonex Open Chinese Taipei 2017.

Compatriot Loh Kean Yew will face Chinese Taipei’s world No. 4 Chou Tien-chen in the second round on Thursday.

The Singaporean has beaten Chou in straight sets in their last two meetings, with their most recent encounter coming at the Hylo Open.